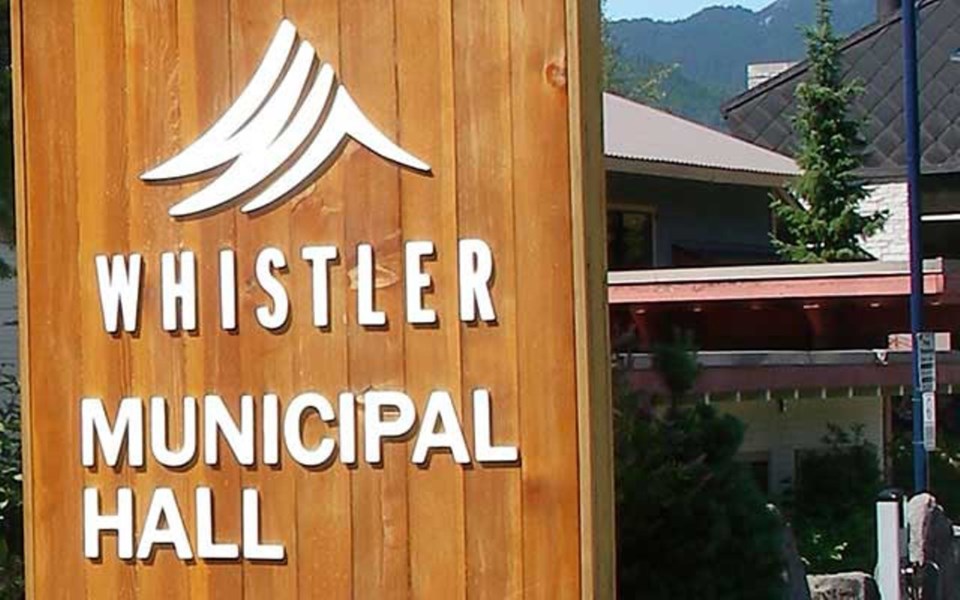 Whistler's artists could soon be able to sell their work from home.

At the regular meeting of Whistler council on November 17, council gave first and second readings to three bylaws related to home-based studios, most notably to allow Temporary Use Permits (TUP) for artists to sell from home.

TUP's have not been used in Whistler since the Olympics, noted senior planner Jake Belobaba in his report to council.

"Essentially, what they do is they allow a use not permitted by a zoning bylaw," Belobaba said. "They can specify conditions, they're discretionary — meaning they can be refused — neighbours must be notified prior to the approval under the Local Government Act, (and) they have a time limit with options to renew."

The decision to go the route of the TUP came from consultation sessions held around the Community Cultural Plan, Belobaba said.

"We heard that there was general support for home-based studios, provided that support was equitable, the neighbourhood impacts were mitigated and that the program would be flexible," he said.

Along with the TUP bylaw, council passed first and second readings around a sign bylaw that would allow TUP-approved studios to use one freestanding sign and one sandwich board sign. The third bylaw gives staff the authority to issue the TUPs.

Belobaba said staff hopes to see all council approvals in place by January 2016.

"We're hoping that that the first intake of applications will occur in February 2016, and then we're proposing that the program be monitored and that we report back to council in early 2017."

Once approved, each TUP would last for two years before needing renewal.

Only studios established in residential areas as of November 17, 2015 will be eligible for the first round of applications, but more could be accepted in the future.

"I think we've heard there could be up to 80 studios that could apply," he said. "We want to be a little bit cautious how we start out."

Mayor Nancy Wilhelm-Morden said she was happy to see movement on the home-based studio front, but agreed with the cautious approach.

Council also amended one of its policies to allow for a reworking of the formulas used to determine pass fees.

All told, the changes will raise admission and pass rates by an average of 1.5-per-cent every year for the next four years.

In considering the rates, staff looked at factors like the gap between revenues and expenses at Meadow Park, rising energy costs associated with running the building and what other communities are charging for similar services.

Whistler councillor and chair of the Recreation and Leisure Advisory Committee Andree Janyk said the committee had discussed the rates quite thoroughly.

"Everybody felt it that it would actually create a lot more fairness than what was there before, that the increase for single uses was reasonable and that moving more towards promoting the longer, active-member passes was beneficial," Janyk said.

To help keep the centre affordable for users, the municipality will maintain a number of discount and promotional initiatives, including reduced rates on certain nights and offering free squash for Whistler students in Grade 5 and 10.

Two changes to MPSC scheduling policy were also included in the amendment.

Registration for all drop-in programs will soon only be available just before each session for in-person registration only.

The other change requires parents who have registered their kids for MPSC child care programs to provide a minimum of one month's notice of any changes for their children's care. The current policy allows for one week.

The two changes will be implemented January 2, 2016.

REFUGEE INFO SESSION IN THE WORKS

While Wilhelm-Morden and council are still hoping to help Syrian refugees, there’s still much discussion to be had about the best way to do so.

At the Nov. 17 meeting, council directed staff to organize a public information session with community members, local groups and immigrant and refugee organizations to do just that.

A date and location will be determined in the coming weeks.

Councillor Sue Maxwell said it might be helpful to involve settlement services as well, as there may be a language barrier for Syrian refugees in Whistler.

“Mental health services are a concern as well, especially if some people might be speaking Arabic,” she said.

But whatever form Whistler’s support ends up taking, “I do think that we want to make sure that we’re setting them up for success,” she said.

Councillor Steve Anderson voiced his concern about the federal government’s plan to resettle 25,000 Syrian refugees before the New Year, saying the target gets less and less realistic by the day.

“It is ambitious, there’s no question about it,” Wilhelm-Morden replied. “Looking back at other massive movements of refugees, they have been able to do it in fairly short time frames. (But) at the end of the day it’s an arbitrary deadline. If it’s moved back to early 2016, it’s not going to make a lot of difference I think.”

Wilhelm-Morden said council has a meeting coming up with new MP Pam Goldsmith-Jones, at which time they can tell her there's no need to rush the admittance process to meet the deadline.

Since the attacks in Paris last week, some have suggested terrorists could be posing as refugees, Wilhelm-Morden said.

“First of all, we will be relying on the federal government to do their due diligence in processing the people who do come to Canada… (and) in listening to experts on refugees coming to Canada, these people are scrutinized very, very carefully,” she said.

The mayor also addressed comments that the community should direct its goodwill closer to home.

“Of course people at home need our attention, and we can see the huge outpouring from this community to the Alpine Meadows fire as an indication of this community doing exactly that,” she said.

“But at the end of the day, there are millions of people who are living in tents, whose children are outside of school, who are facing quite literally life and death situations. So if this community can do something as citizens of the world, we need to do it.”