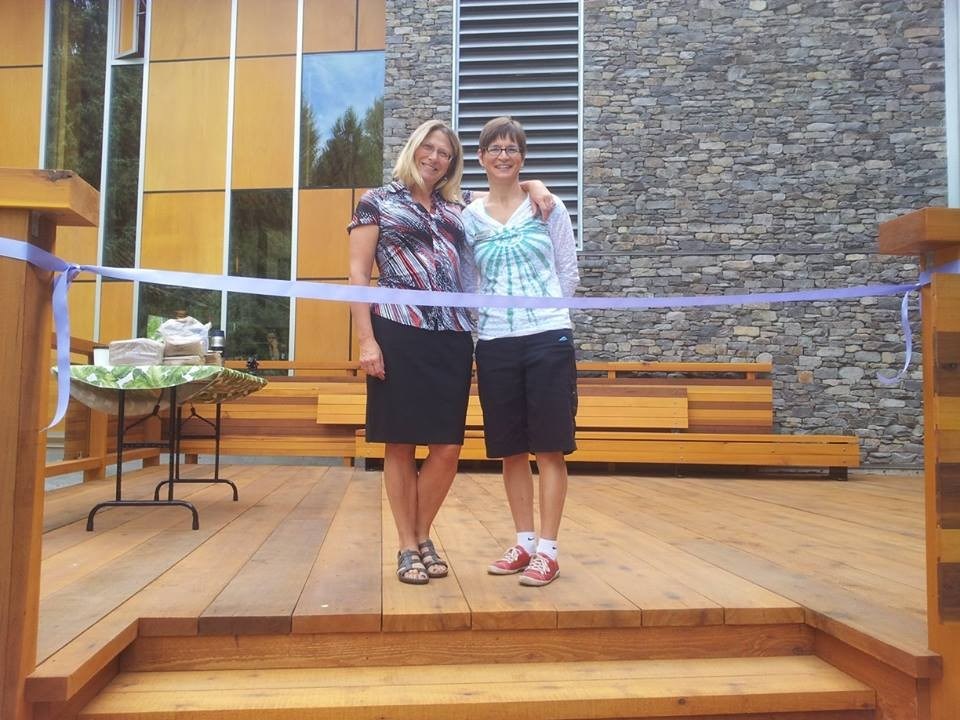 The Whistler Public Library's outdoor sundeck is officially open to the public.

The deck, which opens onto Florence Petersen Park, was included in the library's original plans and is intended to serve as "an extension of the library's exterior space" in good weather, offering "a comfortable place to enjoy library materials in Whistler's natural surroundings," according to a municipal release.

The outdoor area will also play host to public programming in the future, with plans in the works that could include live music, readings, small performances, outdoor films and gardening workshops.

The sundeck's completion was made possible thanks to a $52,750 grant from the Whistler Blackcomb Foundation.

Library board chair Mike McCarville said this of the project after the funding was announced in January: "The provision of these funds will not only enhance the external library space, it will also allow for an alternate access to the library facility, an additional gateway to the Florence Petersen Park, and increased profile for the Whistler Museum."