Whistler may be special—but its growing pains aren't

Challenging the resort-town growth paradigm with Jonathan Schechter
Jun 25, 2019 1:00 AM By: Brandon Barrett 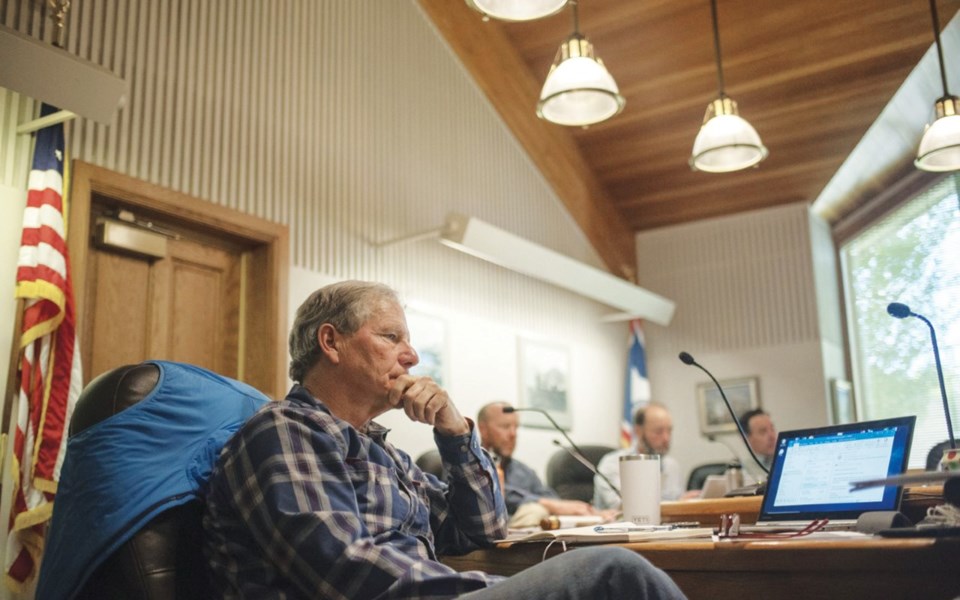 Jonathan Schechter is a big-picture guy—sometimes hard to find in the insular world of a typical resort town. The founder and executive director of the Charture Institute, a Jackson Hole, Wyo.-based think tank focused on growth, change and sustainability in places of ecological significance, Schecther is known in his hometown as a dedicated data guru and a regular columnist for the Jackson Hole News&Guide.

Schechter has challenged both officials and community members—as he did on a panel last fall at the Mountain and Resort Town Planners Summit in Canmore, Alta.—to think of the issues plaguing resort towns as a symptom of an unsustainable business model that is not unique to any one resort community.

"The fundamental business model in this industry, or collectively the tourism industry, is you have to have a lot of staff and you pay them relatively low wages. That's how these things work," he noted. "That business model works as long as housing prices are relatively low, or reasonably priced compared to wages. But if all of a sudden you get a disconnect where there is a much greater demand than supply for housing and the balance is out of whack, you get a situation where it doesn't work anymore.

"Nobody has figured out how to solve these problems, so (there) is a fundamental narcissism in resort communities ... that we're unique, we're different, we're fill in the blank," Schechter continued. "But the problems that you guys are facing, that any special place is facing, are not unique. It's a special community with special problems, but they are not unique because it's a phenomenon of growing income inequality, growing disparity between (housing) supply and demand, and the shifting nature of the workforce. All of these things are distinctly affecting how communities such as yours and mine are addressing these problems."

This is, of course, not a new challenge for any community with an overreliance on a single industry, but the blinders created by the so-called "narcissism" of resort towns combined with the slow-moving machinations of bureaucracy mean these communities are often having to play catch-up. As an example, Schechter pointed to the rapid evolution of social media platforms such as Facebook, which was largely viewed positively in its early days until more recent revelations around the platform's potential to hinder socialization and influence large-scale elections shifted the public's perception, leaving U.S. officials at a loss as to how to regulate a platform that now counts more than 2.2 billion users worldwide.

"The politics are only now starting to catch up with the perception and it's going to take a while for leaders to get to passing legislation that would allow for the breakup of these (technological monopolies) that have created problems—and then if that will pass in the courts is another question," he said. "The pace of change being so much faster than that of fundamental infrastructural things, like housing and transportation, all of that adds up to make a very potent brew."

Another major barrier to addressing these changes, Schechter said, is the entrenched belief that solutions will emerge solely from the free market. In places where demand far outweighs housing supply, market forces inevitably determine the resident population.

"If the demand to live there is always going to exceed supply, then you have to have some sort of culling mechanism. In other words, not everyone can live there, so the question is: how do you decide? And those who are ideologically embedded to the free-market system, they have implicitly stated that the culling mechanism to decide who lives there is money. Supply and demand, and if you can pay the price—regardless of where you got your money, what do you do for a living and what kind of person you are—you can live here.

"If you have a community with a filtering mechanism basically based on financial ability, then over time, what's going to happen to your community?"

Ultimately, Schechter believes it's up to communities themselves to decide where its priorities should lie, and he has encouraged Jackson Hole to look at broadening its economic diversity—but that discussion requires a clear understanding of the issues at play.

"The solution to any problem if you are going to effectively solve it, is to start by appropriately understanding and defining it," he urged. "One thing a community can do is take these questions that are buried ... and start challenging them."