Whistler may get new middle school as student population climbs 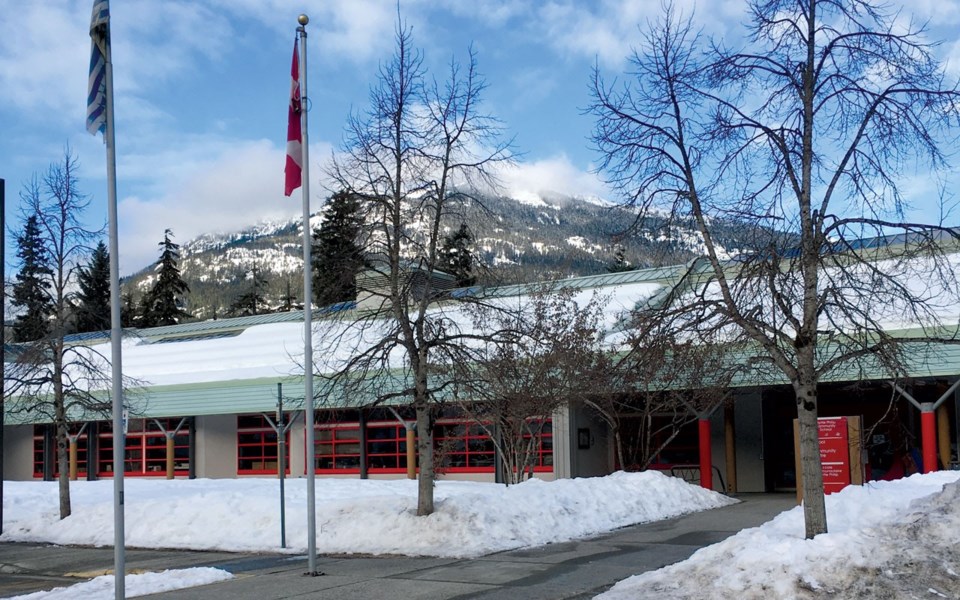 School time A new school may be in the works for Whistler. PHOTO by Clare Ogilvie

The Sea to Sky School District has a few ideas about how to handle enrolment issues in Whistler schools in the coming years.

With the valley's public schools already bulging at the seams, district officials presented their three top propositions to deal with that growth at a public facilities planning meeting at Whistler Secondary School on March 7.

Officials asked parents for their ideas and opinions on how they'd like to see their children's schools structured, while reminding attendees to keep in mind the province's Ministry of Education is not likely to fund more than one building project.

"One of our guiding principles is to find models where only one school would be faced with the pressure, and then show what it would look like to address it," explained superintendent Lisa McCullough.

One of the ideas presented was building a brand-new middle school for students in Grades 6 to 8, with a capacity of 425 students. The district is eyeing a parcel of land above Myrtle Philip Community School — currently home to the Cut Yer Bars mountain bike trail and the surrounding trail network — for the potential build. (Though the well-known trail itself would likely remain unimpacted and travel around the school, district officials said).

According to carefully calculated enrolment projections, that school, if approved, would not near capacity until the 2030s. With new facilities like a gym, library and fields included in the build, it would also alleviate the pressure from the existing schools' facilities.

Another model proposed would designate Spring Creek Community School for Kindergarten to Grade 3, and Myrtle Philip for Grades 4 to 8. That plan would require an addition to Myrtle Philip (which would likely not include any additional gyms, computer labs or libraries). According to projections, it would see Spring Creek's student population reach capacity in approximately five years. As some parents pointed out, that scenario would also be likely to create problematic traffic patterns and transportation challenges for families with children in multiple schools.

The third model presented Wednesday, March 7 would see all students from Grades 6 to 12 attend Whistler Secondary School. That would also require an addition to double the size of the secondary school, which, as Ian Currie, SD48's Director of Facilities, explained, would be challenging due to geographical constraints on the school's lot. It would see the school's population rise to nearly 950 students.

"You don't have to be a rocket scientist, when you look at your package and see the numbers, the middle school model is the one that actually works and is more sustainable," McCullough said.

While the approximately 40 parents who attended the meeting already seemed pleasantly intrigued by the prospect of a new school, interest further piqued when McCullough pushed parents to think creatively in terms of potential for community cooperation in their feedback.

"I'd like to plant the seed. Some communities have built a rink or a pool, and put the school on top," she said.

The municipality currently has school-use agreements with the district for Myrtle Philip Community School, Spring Creek Community School and Whistler Secondary School. "What that means is that the municipality has made some form of investment in infrastructure or improvement — that's why they're called community schools," Wilhelm-Morden explained.

A meeting between municipal staff and the school district was scheduled for later this week, Wilhelm-Morden said on Monday.

Following completion of a survey currently available for community feedback, the district will submit a capital plan to the school board for its approval. Following that, the plan would be submitted to the ministry for review. McCullough appeared confident that now is the right time to push the ministry for action on Whistler facilities.

"At the end of the day, the ministry will approve what they approve. I don't want to lead you to believe that if we rally together, we're going to get our way. We're going to do our best to represent your views," McCullough told parents.

"I think we're feeling optimistic that we have (the ministry's) ear right now, so we really want to take a run at this," she said, adding that the typical timeframe for receiving ministry approval on a building project is three to five years. "It can happen faster than that, but it's very, very rare."

Once the ministry approves a project, it typically take five years to get students in seats, Currie added.

To see the presentation from the evening and complete the survey go to www.sd48seatosky.org. The survey is available for comments until March 18.