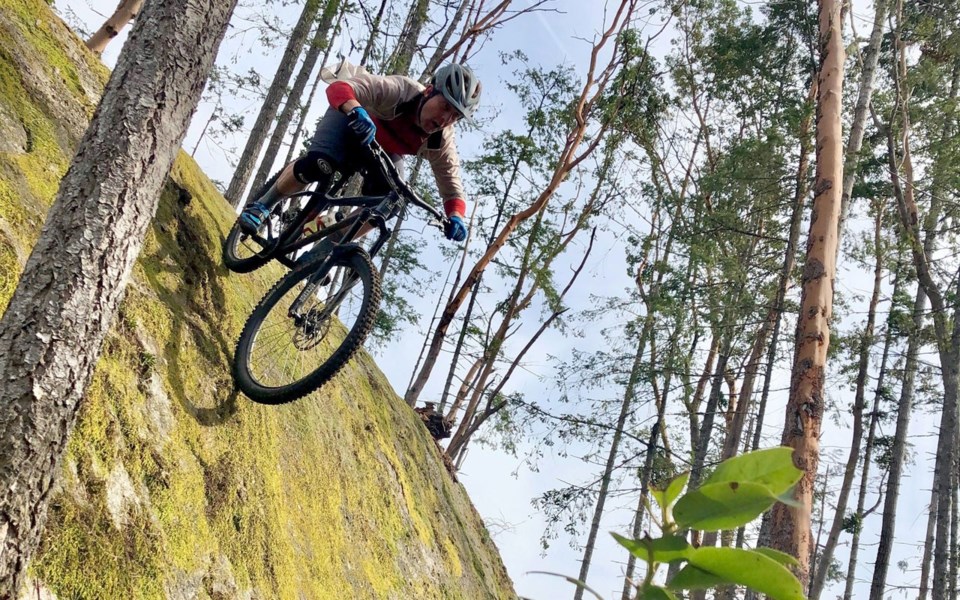 New Whistler Mountain Bike Park manager Brad White has been in the resort for much of mountain biking's ascent.

He's had a hand in plenty of Whistler's cornerstone runs, ranging from Lost Lake, the Flank Trail, Into the Mystic and Lord of the Squirrels to working with Paddy Kaye and the Joyride crew on the namesake Joyride trail.

Speaking a few days before he officially took over the role from 12-year veteran Brian Finestone, White said he was thrilled to be called upon.

"It means a lot, for sure. It's an honour and it's intimidating and exciting at the same time," he said.

White said he brings plenty of hands-on experience to the role, and has done the dirty work like shaping trails. While he's still soaking in all he can about the manager position, White knows he'll be supported by long-term, knowledgeable staff in the midst of an exciting time for the park. Roughly 17 kilometres of new trails have been built in Creekside over the past two years while another eight are on track to be developed this year.

"My vision is just to work holding strong here with what's been (happening with) the Creekside development, with what the organizers and stakeholders have laid out," he said. "I'm just here to facilitate that vision however I can."

WB business development manager Wendy Robinson said White's experience, having been in town for more than a quarter-century and with the company since 1997, will be valuable in the bike park's next era.

"He comes from a background of working with machines and from the beginning of his time in Whistler ... building trails with the (Resort Municipality of Whistler) RMOW, building some of Whistler's legacy trails," she said.

White is also an avid rider, though he acknowledges that summer sports weren't the draw for him when he came to Whistler fresh out of college in Ontario at 21 years old.

"I had never really ridden a bike much, but I moved to Whistler, had my first ski season and fell in love with the mountains and the experiences that you had in them," he said. "I got my first bike and never looked back.

"I fell in love with the freedom, the experiences, and the memories you can get from that simple thing that a bicycle can do."

With that new passion, White sought ways to turn it into a job. He had experience working with construction equipment, which got his "foot in the door" with the RMOW.

"No one really knew how to build bike trails with a little mini-excavator that could flip over if you walked over a nickel," he said. "It was quite a learning curve for everyone involved there. Being able to create something and ride it was very fulfilling and I'm fortunate to still be doing that right now and take it to the next level."

Looking back on his accomplishments so far, White is most proud of Into the Mystic as it was a challenging build and helped shape his approach to thoughtful, sustainable development where crews build trails efficiently while also being cognizant of environmental effects and weaknesses.

"We never knew if we could push it through," he said. "It took a lot of people and a lot of talking and constant re-evaluating every day because you can't necessarily put a trail where you want to put it."

With the park set to open on May 17, Robinson said riders can expect several exciting developments as Upper Creekside will open for the first time and Dirt Merchant has received a refresh.

As well, crews are continuing work on the 1199 downhill trail, set to open in 2020, though there is hope to test a couple sections during Crankworx.

Passes for 2019 went on sale on March 28 at whistlerblackcomb.com/bike.

Finestone looks back on 12 years at the park

Finestone, meanwhile, is moving on to the

Eco-Challenge: The Expedition Race as its mountain bike coordinator. The Discovery Channel program, hosted by Bear Grylls and created by Mark Burnett of Survivor fame, is currently filming in Fiji. It was last held 17 years ago.

"I decided it was time to move on for a few reasons, some personal and some for professional growth. Everything fell into place with a great opportunity that I just couldn't pass up," Finestone wrote by email from Fiji. "Mountain biking has changed since the last (Expedition Race) in 2002 and my goal is to make the bike segments modern, ride-able and places where racers with bike skills can separate from the pack. The race is in Fiji, so it will require all of my bike knowledge and throw in a cultural and logistics learning curve I can't wait to tackle."

Looking back on his time at the bike park, Finestone had to handle a constantly changing sport in a way that made sense for the park and for its participants.

"The sport evolved so much it was a constant challenge to keep it relevant. I really look at the lifespan of the Park as having a variety of phases and my time was an era that moved lift-serviced mountain biking from a very core, niche market to a more accessible industry. I am probably most proud of making the sport more digestible for kids and a wider audience versus solely for die-hard early adopters. I love that there are families riding together, some of whom came to riding via their kids," he wrote.

Finestone thanked the team that helped him throughout his years with the park and is excited to see them complete the 1199 trail, which was inspired by late Canadian downhill rider Stevie Smith. The 1199 refers to the number of points he garnered en route to the World Cup title in 2013.

"I am proud to have been part of the team that came up with things we now consider standard in bike parks, like trail designations for Technical and Freeride, as well as the concept of trail progression info-graphics to help people find the experience they are looking for, whether it's old school tech or flowy jump trails," he wrote.