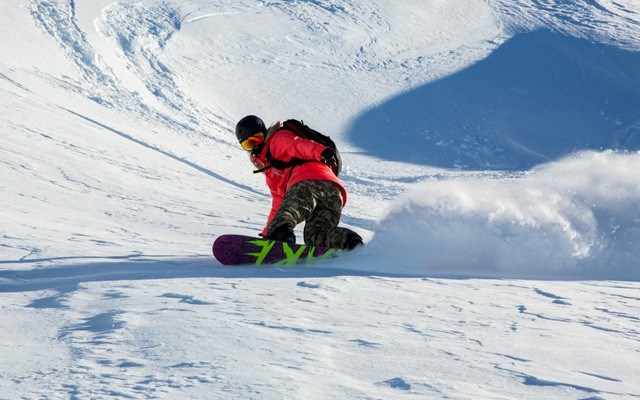 It’s a phrase we typically hear every year, but that doesn’t mean it isn’t music to the ears of Whistlerites nonetheless: The mountain is opening early.

Whistler Blackcomb (WB) confirmed this morning that several runs on Whistler Mountain will open on Saturday, Nov. 22, five days ahead of the original projected opening.

“Most of the skiing is going to be on man-made, artificial snow, so there’s not going to be a lot of off-piste skiing available,” said Whistler Blackcomb’s director of mountain operations, Doug MacFarlane. “We’ve definitely got more snow in the high alpine above our restaurant elevation, but that will be outside of our ski area boundary.”

The decision to kick the ski season off early was a result of recent snowfall at higher elevations, which was followed by a cold snap of below average temperatures that were ideal for snowmaking. Over 60 million gallons of water have been converted to snow in the past few weeks.

Emerald Express, Big Red Express and the Franz Chair lifts will be running, allowing access to 1,800 vertical feet of skiing and riding terrain. Runs set to open include Upper and Lower Ego Bowl, Upper Whiskey Jack, Upper Franz’s, Papoose, Orange Peel and Pony Trail. There will also be a small terrain park accessible from the top of the Emerald Express chair and green learning terrain serviced by a Super Carpet at Olympic Station.

Several runs on Blackcomb, as well as the Peak 2 Peak, will open on Nov. 27.

Opening day will also give guests their first chance to try out the new eight-person Whistler Village Gondola cabins, which were installed in the fall. It’s also the first time riders will experience the new Radio Frequency Idenfication Device (RFID) touchless pass validation system, which is designed to reduce wait times and lift-ticket fraud. Guests are reminded to wear their RFID pass in a left-side pocket on the outer layer, away from cell phones, credit cards and foil to reduce signal interference.

Skiers and riders are asked to respect the temporary ski boundaries, as early season conditions are very much still in effect.

“There are lots of hazards outside of that, and it may look inviting right on the other side of the rope … but chances are you’re not going to get very far,” MacFarlane said, noting “significant hazards” off-piste, like unmarked rocks and other obstacles.

First upload on the Whistler Village and Creekside gondolas Saturday will be at 8 a.m., with the last upload at 2 p.m.

Guest services at the village, Creekside and Daylodge locations will be open from 8 a.m. to 5 p.m.