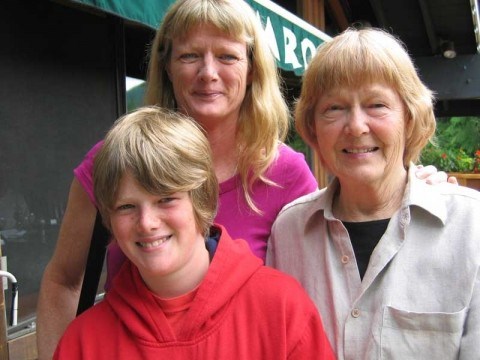 Whistler lost one of its most dedicated and outspoken citizens this week, as Betty McWhinnie, 86, passed away on Sunday while staying with her daughter in Ottawa.

She had health issues in the past and received surgery on her heart earlier this year. However, she was later diagnosed with pancreatic cancer.

McWhinnie was an active member of the community for over two decades, a long-time member of the Whistler Public Library Board, as well as a board member for the Mature Action Committee. She was also involved in planning Whistler Welcome Week celebrations, volunteered for the Whistler Community Services Society and the Elizabeth Manso Society.

She made local headlines in 2005 and 2006 as a representative of Whistler Water Watch, spearheading a local effort to oppose the private-public partnership proposed for Whistler's wastewater treatment plant. Working with Pina Belperio, they collected almost 2,000 signatures opposing the project and succeeded in keeping the facility in the hands of the municipality.

McWhinnie was also outspoken on issues ranging from the environment to the privatization of health care. She was a regular feature at community meetings and presentations.

In 2006, at the age of 83, McWhinnie was named Citizen of the Year by the Whistler Chamber of Commerce, recognizing 19 years of volunteer service to the community. The previous year she won a Super Trustee Award from the British Columbia Library Trustees' Association for her work on the library board, and was with the board through the move into the new library facility.

McWhinnie was on the library board for 13 years, from 1994 to 2006, before the board was absorbed by the municipality and term limits came into effect. However, she remained active with the Friends of the Whistler Library.

Alex Nicoll worked with McWhinnie on the library board for most of those years, and was saddened to hear of her passing.

"She was just indefatigable, she never stopped fundraising," said Nicoll.

We used to do a wine event with millions of prizes, and she went to every store in town to get those prizes - and she didn't take 'no' for an answer."

"She jumped on bandwagons and was not afraid to write letters and be heard, but somehow she never offended anybody. You couldn't be offended by her. She was a special lady, and really committed to this community."

Before moving to Whistler McWhinnie was an ESL and commercial studies teacher at George Brown College in Toronto for 24 years. She taught abroad in China in 1983 and 1984. She is survived by five children.

A memorial is being planned that will take place at Whistler Public Library. Details will be announced next week.