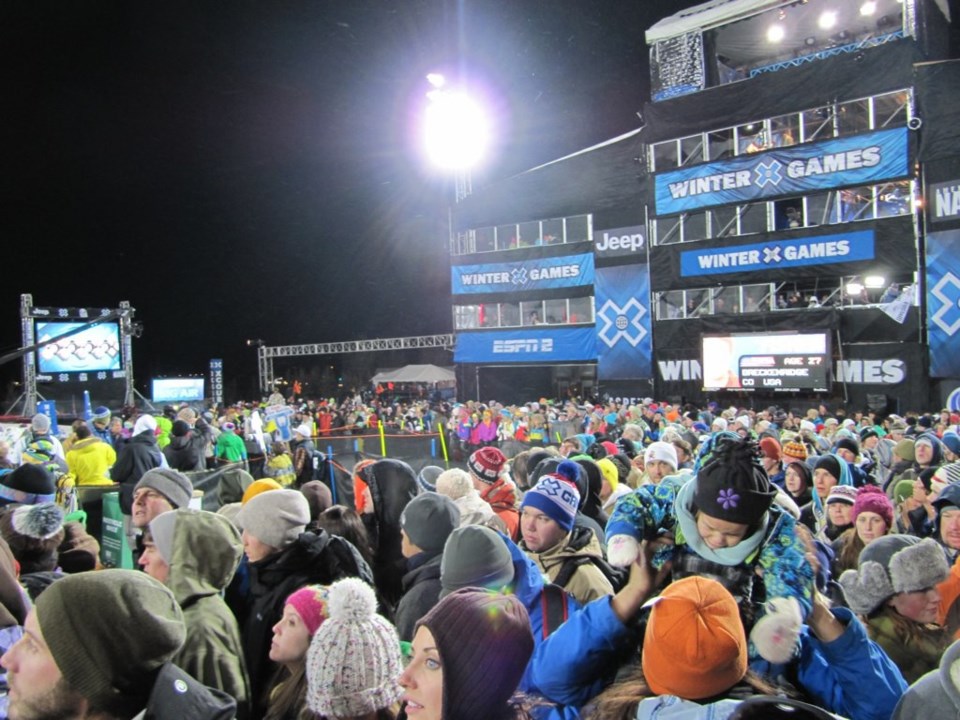 Looks like Whistler is on the shortlist to host one of the additional X Games ESPN is planning on starting up in 2013.

It was the only winter city to be shortlisted for the new games.

ESPN hopes to add six more X events to its roster, which might be three winter and three summer or two winter and four summer.

The other finalists are Sao Paulo, Rio de Janeiro and Foz do Iguacu in Brazil; and Barcelona, Spain; Lisbon, Portugal; and Quintana Roo, Mexico.

Since the bid process began last May, ESPN has received interest from more than 40 cities in 21 countries. Roughly half of those took part in a two-day workshop last summer at the X Games in Los Angeles, where ESPN shared its vision and long-term strategy for the X Games. Formal applications were due in early January.

ESPN officials plan to visit each finalist to evaluate its merits as a host city over the next two months. The winning bid cities - which will serve as host of X Games events for three years, from 2013-2015 - will be chosen in April and will join current X Games venues in Aspen, Los Angeles and Tignes, France.

According to a release on ESPN's website Aspen's status is currently up for review, with its contract expiring this year. Scott Guglielmino, ESPN senior vice president of programming for the X Games, said he expects ESPN will decide on whether Aspen will host future X Games "in the next couple of weeks."

Russell Wolff, executive vice president and managing director of ESPN International, said he was pleased with the global response and interest in helping to expand the X Games into new locations. "Our growth around the world has been driven by local relevance and in building a passionate connection between fans, our brand and our partners," he said. "The X Games is a key element of that growth into the future."

In addition to staging competitions in current X Games sports, the new host cities will also introduce additional sports and cultural elements unique to each city.

Should Whistler's bid be successful it would see the folding of the very successful Telus World Ski and Snowboard Festival into the X Games.

It costs between $16 and $18 million to put on the X Games and Whistler is looking to bring up to $5 million to the table to sweeten the bid.

That means it needs money from all levels of government - municipal, provincial and federal.

Whistler Blackcomb and Tourism Whistler have put up $500,000 together on an annual basis.

Sponsorship sales could be in the range of $2 million.