Whistler ordered to pay $1.5 million in interest for expropriation of Rainbow Park lands 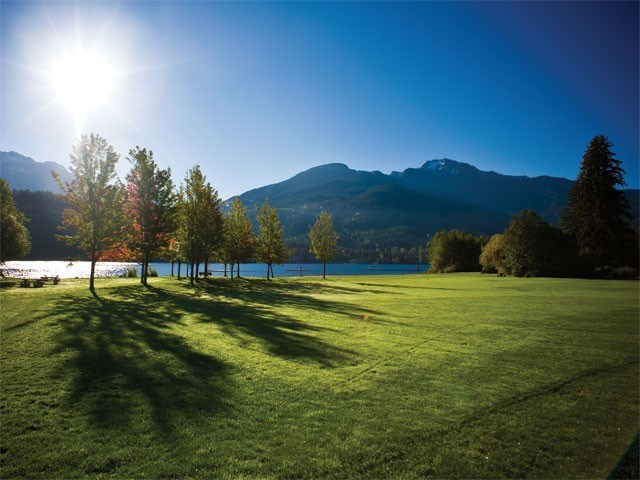 The Resort Municipality of Whistler has been ordered to pay $1.507 million in interest to the Vancouver-based Saxton family for the 1987 expropriation of 44 hectares of land that is now Rainbow Park.

That brings the total paid to the Saxtons over the 20 years the case has been going on to $2.4 million. The Saxtons had asked the court to order the RMOW to pay them a total of $5.5 million.

"I think in the circumstances it was fair," said Whistler mayor Nancy Wilhelm-Morden on Friday (May 4), just hours after B.C. Supreme Court Justice Elaine Adair handed down her judgment orally in Vancouver.

"You can choose as litigant to take your time in doing things, but then it is not particularly fair to ask the other side to pay for the delays, and in this case, the court didn't make that order so it was a fair judgment.

"We have already paid almost $1.4 million to (the Saxtons), so the amount we have to come up with now is just over a million dollars, which we have in out Parkland Reserve."

Wilhelm-Morden praised the team working on this part of the court case adding: "I can say after all of these years it is good to finally, hopefully, see the end of this. They could appeal, hopefully they won't, and we can close this file."

Rainbow Park has become one of the most popular parks in Whistler, with a large beach area, volleyball courts and a large grassy area for picnics and games.

The Saxton family had owned the property for 17 years before it was expropriated.

It has always been one of the prime pieces of real estate in Whistler. Myrtle and Alex Philip developed the valley's first commercial resort, the Rainbow Lodge, on the property in 1914.

A fire destroyed the main lodge building in 1977. By the time the municipality expropriated the land, all that remained were the 40 waterfront cabins of Rainbow Lodge.

At the heart of the legal debate was a disagreement on what the property was worth in 1987.

The 108 acres were zoned Rural Resource 1 and, as such, could be subdivided into five "estate lots" of 20 acres each.

It was difficult for the appraisers on both sides to find similar properties to base their valuations.

In the end, a B.C. Supreme Court judge said the market value was comparable to the option on the 161.5-acre Nicklaus North lands. The price to exercise the Nicklaus North option in the early '90s was $1.9 million, or $11,900 per acre.

Legal arguments then ensued over what level of interest that was due to be paid to the Saxtons on the new value. Unless Friday's ruling is appealed that question has finally been settled. Legal counsel for the Saxtons was unavailable for comment.

The $2.4 million does not include the actual cost of the case, such as legal fees, court-ordered costs and staff time.

Said Wilhelm-Morden: "...it has been a very, very costly exercise, so if the council back in the day when this land was expropriated had had any inkling it was going to drag on like this they might have thought twice about this. On the other hand, we have an absolutely wonderful little park over there.

"...there is a lesson to be learned there about dealing with an issue in a timely way."

In an added twist, last year the municipality's legal team failed to perform and meet its legal requirements in a timely manner, forcing a judge to dismiss the RMOW's appeal of the original judgment.

At the time, Justice Kenneth Mackenzie of the B.C. Court of Appeal in Vancouver wrote:

"Given the inordinate delay and the explanation given by counsel for the delay, which essentially was that he was too busy on other matters to attend to this matter, and given the circumstances of Ms. Saxton's ill health, I consider that it is in the interests of justice that this matter finally be resolved and that she not be put through the further stress and anxiety of a continuing appeal in which it is apparent that no active interest has been displayed for such a long time."

The judge concluded that Whistler would not have won the appeal anyway.

At the time, RMOW council discussed ending its long-standing relationship with the law firm Young Anderson, which represented them in this case. But in an email in January of 2012 to the Pique, the RMOW said its legal advice was to continue with the same firm, though a different lawyer.

Wilhem-Morden said the issue of legal counsel continues to be reviewed.

"That was very unfortunate, no question about that, and the administrator is reviewing the providers of legal service to us, so there have been and will be some changes made."

For more on this story pick up next week's Pique.

With files from Alison Taylor's