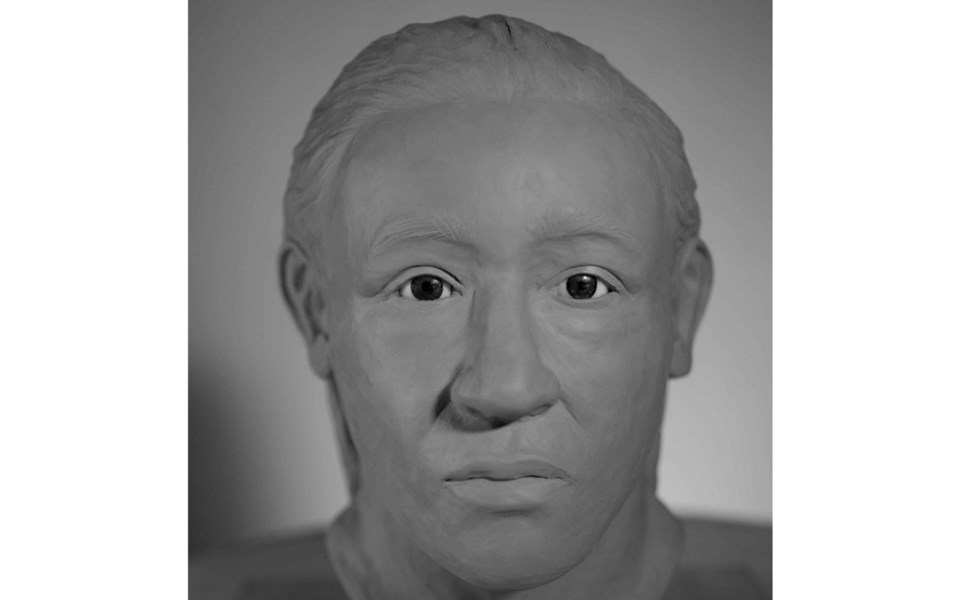 ID NEEDED RCMP are seeking tips on identifying a man found on Whistler Mountain in 1987, whose face was reconstructed. Photo courtesy of RCMP

On Aug. 12, 1987, the skeletal remains of a man were found on Whistler Mountain—but they were never able to be identified. Now, a partnership with the New York Academy of Art is striving to help police discover who, exactly, that man was.

Earlier this month, students at a forensic sculpture workshop facilitated by the Academy reconstructed the faces of 14 unidentified human remains discovered in B.C. between 1972 and 2019—including those found in Whistler—and one set of remains located in Nova Scotia. RCMP, along with the British Columbia Coroners Service and the Nova Scotia Medical Examiner, released details of the reconstruction work on Jan. 13.

The students used their expertise, coupled with relevant information about the remains, such as each individual's sex, ethnicity, and height, to reconstruct the faces with clay and 3D-printed models of human skulls. According to the release, four visual identifications have been directly attributed to facial reconstructions created during the annual workshop since it began in 2015.

While all of the corresponding remains were found in Canada, police caution that the victims could be from anywhere. In the case of the locally found remains, discovered near Franz' Run, police believe the Caucasian man was 30 to 49 years old and may have been from South Africa or the U.S.

According to the case reference, "It is estimated that he may have gone missing a year to three years prior and may have been despondent at the time."

The RCMP is encouraging the public to scan through the profiles on canadasmissing.ca, share the photos, and, if anyone thinks they recognize a face, submit tips.

Whistler police arrested a local man after he was caught stealing skis left in front of the Roundhouse on Whistler Mountain on Thursday, Jan. 16.

Police were alerted to the theft after the skis were reported stolen by their owner the following day, Jan. 17. Local RCMP worked with Whistler Blackcomb's security department to successfully identify the thief, determined to be a 23-year-old Whistler resident, and reunite the victim with their ski equipment.

The man was taken into custody and released on a promise to appear in court at a later date.

A 19-year-old American man was arrested in Whistler Village after assaulting an employee at a liquor establishment near Skier's Plaza on Saturday, Jan. 18.

According to the release, Whistler RCMP attended the scene after receiving a report of the disturbance at 3 p.m.

"A male was causing problems and assaulted a staff member when asked to leave," police said in the release. The local employee was not injured in the assault. The U.S. resident was later released without charges when he was able to care for himself, said police.

The assault was one more serious incident among many minor disturbances that kept police occupied over the American long weekend, which draws college students to the resort.

Between Friday, Jan. 17 at 7 p.m. and Monday, Jan. 20 at 7 a.m., local police received a total of 67 calls for service, including two incidents of assault and 18 calls related to intoxication.

By comparison, Whistler RCMP received a total of 54 calls for service during the same time period one weekend prior.