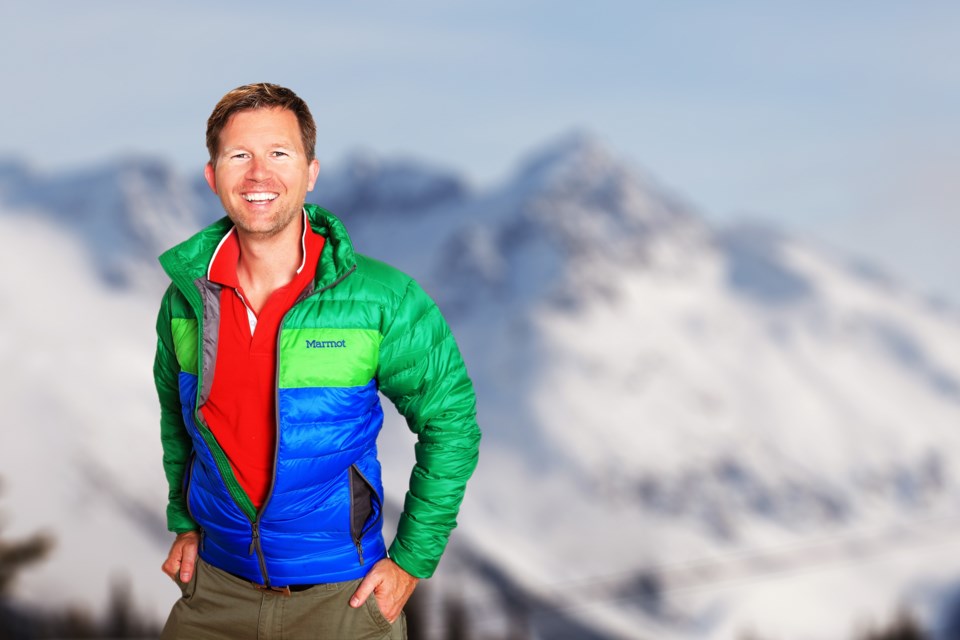 Dean Nelson, head of Whistler Pride Festival and the visionary behind the groundbreaking Olympic Pride House, will be honoured by his alma mater this spring with a human rights leadership award from Thompson Rivers University.

Nelson graduated from the school in ’99 with a bachelor of tourism management, and was recognized for pushing “innovation in the LGBTQ community through many years in the hospitality industry and championing LGBT tourism.”

Nelson called the distinction “a huge honour” and went on to thank the many people, organizations and businesses that have supported his activism work over the years.

“The way I view it is that I’m a spark, a cog in a giant wheel, and just creating that idea, that passion and raising awareness (for LGBTQ issues) means so much,” he said.

Nelson’s crowning achievement is probably founding the Pride House at the 2010 Winter Games, the Olympics’ first LGBTQ pavilion. The Vancouver and Whistler Pride Houses offered a safe space for LGBTQ athletes, coaches, visitors and supporters, and would lead to similar venues at the London 2012 Olympics, the 2015 Pan-Am Games in Toronto, and other international sporting events. Nelson was also a vocal presence ahead of the 2014 Olympics in Sochi, where attempts to establish a Pride House were struck down by Russian officials. However, sexual orientation was added to the Olympic Charter’s anti-discrimination clause following the 2014 Games.

But Nelson wasn’t always the vocal champion of equality that he is today. He said it wasn’t until he took over Whistler Pride (then known as Gay Ski Week) in 2006 that he first began to realize the true importance of holding such an inclusive event.

“At that time I was just thinking more from a Whistler point of view that this was big business for us and we need to make sure it continues. Then that week, just meeting with everybody and understanding why the event was so important to continue, I thought, ‘Wow, there’s something more here,’” Nelson recalled.

Taking over the festival reins only 12 days before it was supposed to begin, Nelson lobbied municipal officials to line Village Gate Boulevard with rainbow flags because, he thought, 'If we were going to take the event over, we wanted people to know it’s going on.

“That was the first year in the history of Gay Ski Week that we actually had flags flying on the main street and we had banners out,” added Nelson. “So when people came in that first year, they were like, ‘Oh my god, this is different, this is exciting.’ It was really quite an exhilarating experience.”

From there, Nelson was invited to attend the 2006 World Outgames in Montreal, a sporting and cultural event hosted by the gay community that is open to all sexual orientations. It opened his eyes to “the whole human rights aspect” of the LQBTQ world.

“I fell down the rabbit hole, so to speak, into this new gay culture that I had not really been aware of,” Nelson said. “At the time, I was not really comfortable with my own sexuality, and as time progressed, it became more clear that I needed to be that fiercely authentic person and be out there championing and advocating for equality and making the world a better place for everybody.”

“It’s a symbolic gesture in having the municipal government recognizing that this week is important both from an economic point of view but also from an LGBT human rights point of view, and that we’re here and we want to ensure that everybody wants to feel included and our community is here to embrace you,” said Nelson.

Nelson has also served as a director on several volunteer boards, such as Travel Gay Canada, the Vancouver Pride Society and the InterPride Vancouver 2010 Conference.

He will be presented with the award at a ceremony at Thompson Rivers’ Kamloops campus on April 7.