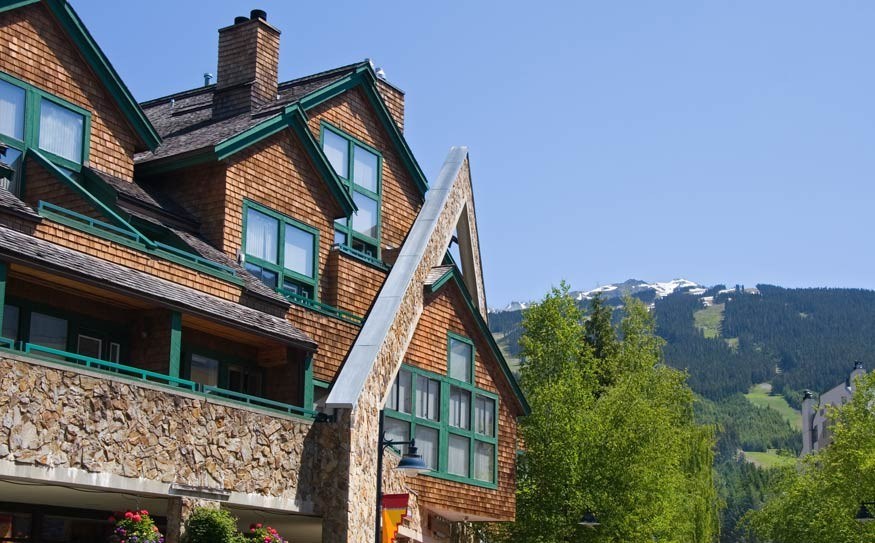 An upcoming report into the ownership of Whistler property by nationality of owners shows little change over the last 13-month period.

Vancouver-based real estate valuation company, Landcor Data Corp., looked at rises and falls of ownership throughout the entire resort for the period between Dec. 2011 and Jan. 2013, broken down by where owners originate. Their study is due to be published later this year.

In terms of Vancouverites, Whistler property ownership numbers have risen marginally, from 2,019 to 2,053, while West Vancouver numbers declined by 13, from 757 to 744. North Vancouver-based owners of Whistler properties have grown slightly, from 520 to 531. Ownership by residents based in Ontario and Alberta was flat.

Neilsen added that in this period sales to American owners of Whistler properties have also been flat, rising by just three from 858 owners to 861.

An interesting factor, Neilsen said, was the impact of the improvements of the Sea to Sky Highway on Whistler real estate, with some people who would formerly buy condos at the resort instead day-tripping from the Lower Mainland. There is an upside, too, he added, with property ownership coming from the wider region around Vancouver, since it is easier for drivers from in the wider Vancouver region to make the trip to condos they own.

"What we found that was interesting is that the majority of condo owners in Whistler 10 years ago lived in the West End of Vancouver, that's where the heavy concentration was of Whistler owners. The highway going in there has opened up a whole new bunch of possibilities," he said.

He believed that Whistler in the coming year would be a better market to get into than Vancouver, which is experiencing drops in prices and sales.

"About four months ago I did a tour of nine major golf courses in B.C. and I looked at where all the traffic was coming from. One thing about Whistler, the golf courses, the skiing, it's one of the best places in the world," Neilsen said. "I don't think Whistler (sales) will ever go down drastically... it's still, to me, a good place to invest money."

Anne Chiasson of RE/MAX Sea to Sky Real Estate described the trend for B.C. buyers as "a real increase in confidence from British Columbians in Whistler."

"Over the past year, and this is significant, 80 per cent of our buyers are British Columbians. People in B.C. see confidence in the Whistler market again. Fourteen per cent of that number are Whistler people, that is Rainbow and Cheakamus Crossing, the big chunk of it," she said.

Chiasson said the 80 per cent compares to the between 50 and 55 per cent of her business which came from Vancouver, North Vancouver, West Vancouver, and Shaughnessy in previous years.

American buyers in 2010 comprised eight per cent of all Whistler real estate purchases; by 2012 this had dropped to six per cent.

"In the past we've had more buyers from the U.S. but now we're having more sellers from U.S.," Chiasson said.

"The real benefit to selling in Whistler for an American today is that many bought here at 45- or 55-cent (Canadian) dollars, so they in effect are making their money on their investment because their dollar is now par. So when they sell, they are gleaning that 45 or 55 per cent."

Sutton's Nick Swinburne echoes these sentiments and has been actively advertising his services to Americans in Whistler who might want to take advantage of the shifts in exchange rates between the U.S. and Canadian dollar.

"In terms of Americans that bought in the late 90s to early 2000s, were working with a very strong American dollar. Now, at a one-to-one dollar, they can now sell and realize a 30 per cent increase in the profit margin," he said.

"We're not going to see the same types of buyers that we saw in the mid-2000s. That kind of economy was really driven by the strong American dollar."

He added that given how American property owners suffered following the 2008 real estate crash, signs of recovery, and recent Vancouver house price downturns, the housing market in Whistler is still somewhere between the two points of property owners needing to sell (as they might have during the downturn) and purchasers looking to buy.

Rod Rohda, President of the American Friends of Whistler, said that he hadn't noticed any increased selling on the part of their members.

"Our donors tend to be more involved in the Whistler community. They view their Whistler property as a quality-of-life decision rather than a mere financial investment," he said.