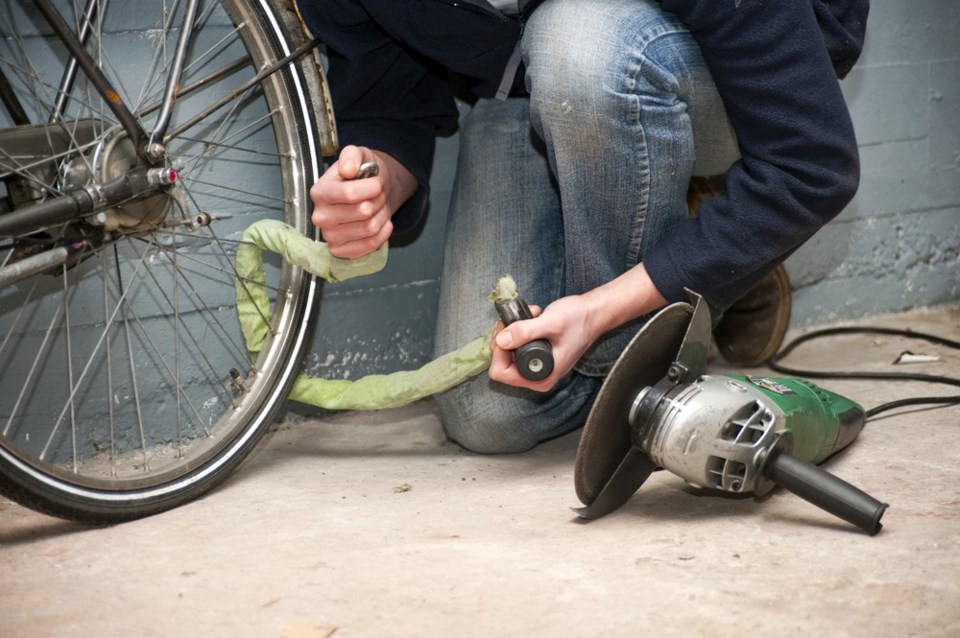 The summer-like conditions prompted a spree of bike riding in recent days, accompanied by a spree of bike thefts; a growing problem in the resort according to the Whistler RCMP.

We had a significant number of bike thefts last year; and we are looking at different ideas how to deal with it around enforcement as well as prevention; said Sergeant Rob Knapton, adding that the RCMP will be announce a bike theft program this year and is discussing details about how it can be implemented. In the meantime, bike owners should take care.

The biggest message is to lock bikes up, that is the most important thing to do. Lock it up in the village, (lock it up) on your balcony, take it inside; make sure your bike is not available to be taken.

The RCMP received three reports of bike thefts this week.

On May 3 at 2 p.m. the police received a report of a 2007 Big Hit that was taken from a balcony on the 6100 block of Eagle Ridge Crescent. It had a white frame and black components. It was unlocked.

On May 4, the RCMP received a report of a stolen Kona Cowan, light blue in color, with Whistler Blackcomb embroidered into the seat and red handgrips. It was taken from the 2200 block of Sapporo Drive where it had been locked.

As well as thefts, the RCMP recovered two bikes this week and is looking for the owners. On May 4, officers found a bike on the 800 block of Nesters Road. It was silver in color and full suspension. As well, the police had another bike turned in on April 29. It was a black mountain bike.

If you think either bike might be yours, contact the RCMP at 604-932-3044 and provide a detailed description.

A 37-year-old Korean man has been arrested, charged and sentenced in relation to a domestic assault that was reported at 6:30 a.m. on May 2, but happened earlier. He made his first court appearance on May 3 and pleaded guilty to the charges and was sentenced on May 6. He was given one-year probation with a condition discharge.

On May 3 at 2 p.m. the Whistler RCMP received a report from the 4500 block of Chateau Boulevard regarding a birdhouse art piece that had been taken. The piece of art went missing between April 12 and April 16, but wasn't reported as a theft until this week.

A Volkswagen sustained an estimated $5,000 in damage after it drove itself into traffic on May 6. A police patrol came upon the accident scene and learned that the driver had failed to put the vehicle into park before getting out at Trudy's Landing and Highway 99, only to watch the vehicle drive across the highway. It was struck by a tractor-trailer and knocked into the barrier on the side of the Valley Trail. The tractor-trailer was not damaged and there were no injuries reported.

Police drove an intoxicated man home at 2:15 a.m. after coming finding him walking in the southbound lane on Highway 99. The male had failed to get off the bus at his stop and was attempting to walk from Spring Creek to Blueberry. The RCMP gave him a ride and a Walk Safe reflector to use while walking after dark.

The RCMP received a call from the 4800 block of Painted Cliff Drive after a family had three iPhones, a GoPro camera and cash taken from their room. The thieves are believed to have entered through an unlocked ground floor balcony door.

The RCMP is warning people to be vigilant and lock doors, as several similar thefts were reported last year involving ground floor rooms.