Children were playing in wooded area when they noticed stranger watching them
Dec 17, 2020 12:19 PM By: Brandon Barrett 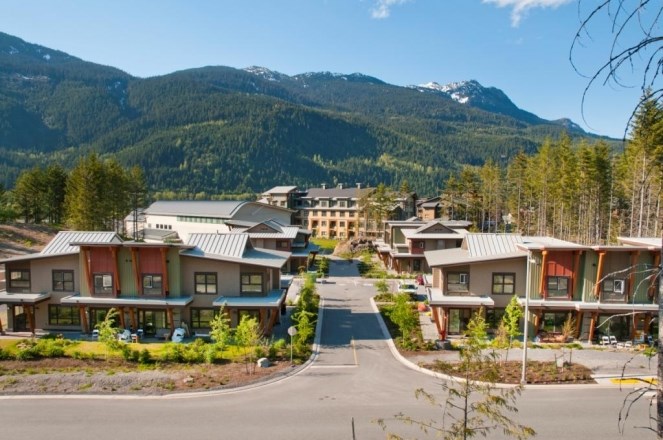 Whistler police are investigating after two young girls were reportedly watched by a stranger while playing in a wooded area of Cheakamus Crossing last week, according to a release.

Police said the two children were playing in the area of Mount Fee Road and Cloudburst Drive just before 4 p.m. on Friday, Dec. 11 when they noticed an adult with short, light blonde hair wearing a dark blue sweater watching them. No further description was provided.

Mounties canvassed the area and spoke to neighbourhood residents but were unable to track down anyone matching the description.

“The Whistler RCMP encourage parents to take the time to have a discussion with their children regarding safety precautions if their children ever encounter scenarios where they feel unsafe or if a stranger approaches them,” police said in the release.

It’s the second warning police have issued to the community in the span of a week. In a release last Thursday, Dec. 10, Whistler RCMP said they have “ “become aware of social media posts of a suspicious male(s) approaching females while they are walking, running, or participating in community activities.”

A handful of recent posts to the Whistler Winter Facebook group warned of a suspicious man, including one from Dec. 6 advising any woman that was approached by a man at a Creekside gym or contacted by him afterwards to not respond.

Whistler RCMP offered some safety tips last week, adding that, “the most important thing, in any situation, is to be aware of your surroundings at all times and trust your instincts.”
When walking, running or otherwise engaging in outdoor activities, Mounties advice is to:
• Plan your route to avoid isolated areas.
• Wear reflective clothing, or use a flashlight or headlamp.
• Have a whistle.
• Take a cellphone to call 911.
• Talk on the phone with a friend while walking home.
• Vary your route if possible; don’t be predictable.
• Plan ahead for a safe ride home or use transit.
• If you think you are being followed, walk into a store, restaurant, police station, fire station medical centre or to a lighted home.
• Plan your outdoor activities with a friend.
• Have a walking buddy.
• If you’re using earphones, only use them in one ear.
• Keep your head up and look confident.
• Tell others when you are going and when you are expected home.
• Call 911.

If a stranger confronts you:
• Act on your gut feelings. If someone gives you a bad feeling, tell him or her clearly to leave you alone, and walk away.
• If a stranger stops their car to ask you for directions, do not approach the car. If you want to provide directions, do so from a distance.
• Yell if you are under attack. Keep yelling, repeatedly. Yell as loud as you can. Scream. Be noisy.
• Call 911.