Still uncertainty over foreign buyers tax floated by Liberals ahead of election
Dec 11, 2019 12:30 AM By: Brandon Barrett 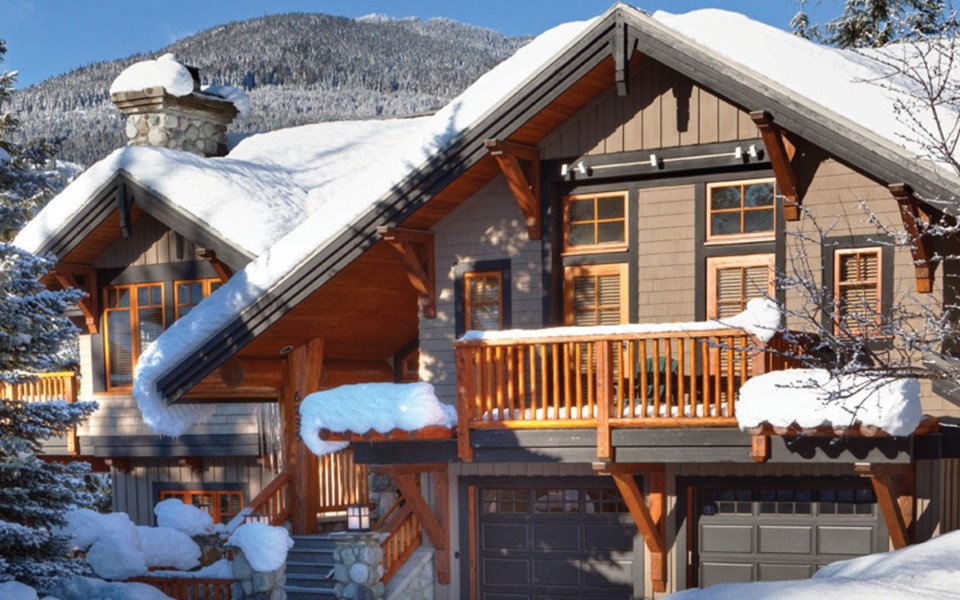 Whistler can expect a slight rebound in the real-estate market in 2020 after a year that was relatively slower than 2018, according to local realtors.

"I really see it coming back in a balanced way," said Frank Ingham, associate broker with Royal LePage Sussex Realty. "I don't see any highs and lows, but definitely we'll see more turnover in the spring."

According to data from the Whistler Listings Service, there were 662 property transactions in 2018, compared to 514 at the end of October of this year, said Pat Kelly, president of the Whistler Real Estate Co. Assuming Whistler adds around 30 sales a month, as Kelly predicts, until the end of the year, the resort is forecast to see about a 13-per-cent dip in sales activity in 2019.

The condominium segment has "probably been the strongest performing market" in 2019, Kelly said, both in terms of sales activity and pricing. A recent report from Royal LePage put the median condo price for the 12-month period ending Sept. 30 at $884,227, a 5.2-per-cent increase over the same period the year prior. Those figures don't take into account all of the data that local realtors have access to through the Whistler Listings Service, which showed the average condo price rose 9.1 per cent, to $725,000 this year, Kelly reported, adding that properties that can be rented out are "selling very quickly."

"I don't know if that's the Airbnb movement, tourism generally, or what, but we seem to get a lot of demand for those and that would probably explain why the condominium market has gone up in average value while the single-family homes and the townhouses, which are more family-oriented and generally don't encourage rental, have fallen slightly," he noted.

The Royal LePage report showed that the median price of a single-family home, for instance, has dropped by 13.8 per cent, to $2,391,979, in the past year. Whistler Listings Service data showed a less dramatic trend, with the average sale price actually going up slightly, from $2.898 million in 2018 to $2.967 million so far this year (although that should be taken with a grain of salt, Kelly said, as the average price was skewed by a handful of sales at the higher-end of the market earlier in the year).

Townhomes, meanwhile, have seen a drop in price overall. Kelly said the average price of a Whistler townhome has fallen from about $1.5 million in 2018 to roughly $1.3 million this year, a 13.3-per-cent decline.

Overall, the levelling out of the market has largely been in response to the boom period of 2015 to 2017, Ingham said.

"Everything got crazy and stupid and then things slowed down once the government pulled in their little different taxes and rules and whatever," he noted, referring primarily to a tightening of credit, particularly on first-time buyers. "When that came in, it just stopped the low end of the market."

Looking ahead, Kelly said there is "real uncertainty" around a foreign buyers' surtax that was floated by Canada's three left-leaning parties in the run-up to October's federal election. The one-per-cent tax, which is similar in intent to Vancouver's 15-per-cent tax on foreign purchasers that was introduced in 2016, would apply to all vacant homes owned by non-Canadians across the country. If approved, the tax would of course have major implications for Whistler.

"That would cause some shakeout, for sure," Kelly said.

"It's going to cause some owners to want to sell and some buyers to be less interested in buying, because what they look at is their annual holding cost. They don't necessarily look at the capital they have tied up in the property, they look at what it costs them to own the property on a yearly basis, so a combination of property taxes, federal taxes and heat, light, maintenance, all those sorts of things. If those numbers start to be out of line with other places in the world, then you might see a reluctance from international buyers to look at Whistler."