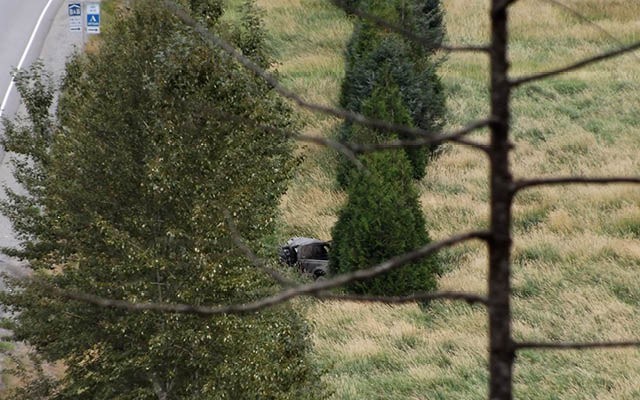 The RCMP is continuing to investigate a rollover vehicle accident in Pemberton, which left one Whistler resident dead.

The 29-year-old driver died at the scene while the other four passengers were taken to the Pemberton Medical Clinic, confirmed RCMP Staff Sergeant Steve LeClair on Tuesday. From there, two were immediately airlifted to Vancouver while two were sent to the Whistler Health Care Centre for further assessment. Once in Whistler, one was released while the other injured person was sent on to Vancouver for treatment.

"Three remain in hospital and are facing significant injuries that will take a while to recover from," said LeClair.

Slow Food Cycle organizers plan to meet with various stakeholders including the RCMP, Ministry of Transportation and local government to talk about road safety issues in light of the tragedy.

Slow Food Cycle organizer Niki Vankerk said: "It's about do we want to look at changes to the traffic flow during the event — are there any ideas about how we could manage the cyclists' behaviour better. It is also a concern that the bikes are all over the road on either side of the yellow line and that is not what we condone... The event itself is a very safe event."

A Facebook memorial page has been set up for Matt Ouellette, who would have turned 30 on Aug. 22. Friends describe Ouellette as a generous, longtime resident of Whistler.

"He helped so many people out with places to stay," said Steven Orange, who set up the memorial page. "He was extremely generous and would do anything for anyone."

Ouellette loved to take friends out snowmobiling and drive his truck into the backcountry. His family was also a big part of his life, as was his dog, Jr. Bacon Cheeseburger.

"He drove for a living," said Orange. "I hope everyone can take something away from this — the bike race organizers, the Two Acre Shaker guys, everyone. It wasn't like he didn't know those roads. He had driven that corner a million times in his life. I know he came around the corner and there were lots of people all over the road. Matt avoided those people — that was what he was doing.

"Our thoughts are with him."

According to Facebook posts one of the crash survivors is Rhiannon Flann, 21, of Whistler. Posts from friends wish her a speedy recovery.

Also travelling in the vehicle were a 29-year-old woman and two males aged 21 and 23.

The RCMP believes speed was a factor, and investigators are also looking into whether alcohol or drug use played any role in the accident.

He added that the vehicle in the accident was travelling to a friend's house when the crash occurred. The occupants of the pickup truck had been in the Pemberton area attending the Two Acre Shaker the night before.

Several of those who were on the scene within minutes had first aid training, including members of the Pemberton Search and Rescue Team. The ambulance also arrived quickly, and an off-duty member of the RCMP jogging in the area witnessed the crash, said LeClair, and called it in.

According to Sgt. Rob Knapton, cyclists reported that the truck was travelling at a high rate of speed in the wrong lane and lost control as it came around a corner. It went off the road and rolled a number of times.

"It's amazing that no one else was hurt," said Knapton. "The Slow Food Cycle is a large event for the community with a huge number of families and kids. There was significant potential for a cyclist to be hurt."

The Two Acre Shaker was held at the Lillooet Lake Rodeo Grounds. According to the event website it started at 2 p.m. on Saturday and continued until 5 a.m. Sunday morning with DJ's and bands playing through the night.

One of the organizers, Pat McKinnon, said steps are taken each year to ensure Two Acre Shaker attendees don't drive while intoxicated.

"We treat impaired driving very seriously and have worked collaboratively with local RCMP and Tribal Police authorities to implement a number of measures in order to prevent tragedies like this from occurring at our event," said McKinnon.

For example, a shuttle service operated from 6 p.m. to 6 a.m. to offer safe rides home and McKinnon said onsite camping and overnight parking was available.

"We allow people to stay onsite the following day for as long as they need to. We have 14 licensed security guards onsite, at least two of whom are screening cars at the front gate at all times until 6 a.m.," said McKinnon.

He added that two tribal police offices were hired to monitor the outgoing traffic and liquor sales were stopped at midnight.

"We were all totally devastated to learn that this tragic accident involved people who had reportedly attended our event, and we will again work closely with community and law enforcement officials to do what we can to prevent something like this from occurring in the future," McKinnon said.

The BC Coroners Service is also investigating the fatal crash. No names have been officially released at this time.

—With files from Andrew Mitchell and Clare Ogilvie