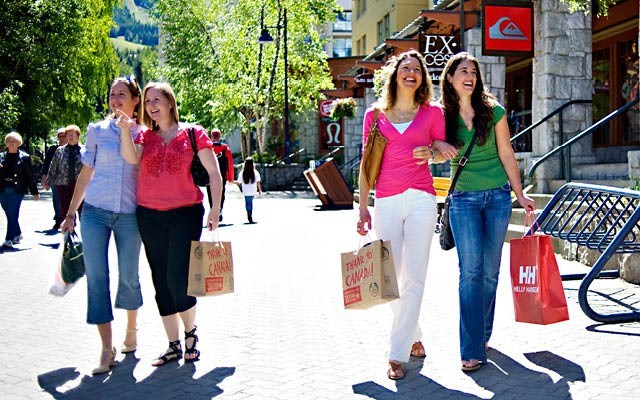 WARM RECEPTION The new Whistler Association of Retailers and Merchants is holding an information open house on June 10 at the Mexican corner between 9 and 11 a.m. file photo

A group of business leaders is working to fill a void by creating a new group called the Whistler Association of Retailers and Merchants (WARM).

The group wants to be the voice of the resort's retail sector.

Nicole Shannon of Keir Fine Jewellers is one of the founders of the group. She said the group is reaching out to a business sector in Whistler that isn't well represented.

An information open house is being held June 10 at the Mexican Corner Restaurant so anyone interested in learning more about the group can ask questions. Shannon said it will begin at 9 a.m. with coffee and muffins being served, continuing until 11 a.m.

One of the questions Shannon is expecting is about the cost to join the organization.

"Because we are just beginning we are looking to hold off on fees until 2015," she said.

For the purposes of this association, the type of business being accepted into the group will include customer-facing retail space operators who own or lease their space within the Resort Municipality of Whistler.

"We are looking for people from one end of Whistler to the other," she said.

"That would include yoga studios, activity groups, spas, health and wellness groups, anyone that's not represented by another organization in town," she said.

Val Litwin, president of the Whistler Chamber of Commerce, supports the new group.

"When we look at the retailer-merchant population in Whistler they're just a huge part of our community and its important that they have a clear voice," said Litwin. "Now that WARM has come to fruition I think we can expect to have more insightful conversations around various tables here in the resort.

"Because they represent such a large portion of the Whistler business community I think they should have a hand in helping us shape the vision of business in Whistler."