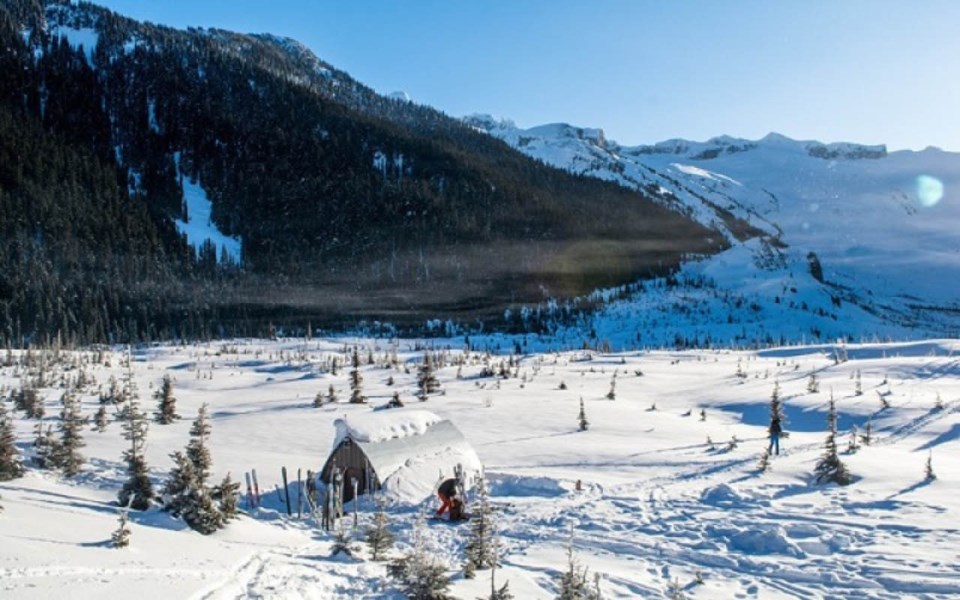 Like other parks in the provincial system, Garibaldi Provincial Park remains a popular destination for outdoor recreation. Photo by Declan Taylor

Whistler Search and Rescue (WSAR) and Avalanche Canada are asking the public to use extreme caution if they head into the backcountry, with WSAR saying that its ability to respond to incidents is severely hampered as its members do not have access to the specialized equipment needed to guard against COVID-19.

"Our ability to respond is being considerably restricted," said WSAR manager Brad Sills.

Sills likens the current situation in the Whistler backcountry to that of a municipal pool that no longer has lifeguards on duty.

"You have a decision to make. The pool still there—you can still swim—but if you get in trouble, it may be a long time before somebody comes to you," he said.

WSAR does not have access to the type of personal protective equipment needed to guard against transmission.

This type of specialized equipment has been allocated "where it needs to be on a priority basis," to police, hospital staff, and firefighters, said Sills.

As a result, he's calling on the province to consider shutting down backcountry recreation, which has been done in other places. In a bid to conserve medical resources for responding to COVID-19, French authorities recently shut down ski touring and climbing in the Chamonix Valley, with police given the ability to levy fines to people who don't follow the rules.

"The government has to make some serious decisions here and put on their big-boy pants and do what's required," said Sills, noting that this decision might be an unpopular position in some corners.

He added that the province's backcountry has been shut down in the past due to respiratory threats to first responders from wildfires, and the risk of wildfires being started. The risks associated with the current situation are far greater, said Sills.

"They close it down regularly under a state of emergency for wildfire, and wildfire is certainly nowhere near the threat that this is," he said.

Longtime WSAR member Wayne Flann is also voicing concerns about responding to calls given the lack of access to protective equipment.

"I personally will not go out on a call until I am supplied with the proper [personal protective equipment] if I need to make contact with a patient," said Flann.

"I have been practicing social distancing and minimizing my contact with people in general...Volunteers should not be exposing themselves to any situation where there is a chance of contact." Flann added that he would like to see Emergency Management BC provide the proper equipment to search-and-rescue teams.

Asked if the province is considering bringing in backcountry closures in light of WSAR's concerns, a spokesperson for the Ministry of Environment and Climate Change Strategy referred Pique to a March 20 press release on the status of BC Parks, which states that the province's parks system will remain open to day-visitors, but closed to overnight camping until at least April 30.

The organization's forecasters draw information from "third-party" avalanche professionals. Many of them work for ski areas or heli- and cat-skiing operations, which are now largely closed, explained Gilles Valade, executive director of Avalanche Canada.

"Our data streams, especially at the professional level, are diminishing and drying up," he said.

Valade said that the agency's "confidence" in its forecasts are not as high they would typically be and that if it continues to lose certain sources of information it will be challenged to offer daily forecasts.

"At some point, we're going to face some decisions on whether or not we can actually continue forecasting for certain regions," said Valade.

The organization is therefore requesting that the public submit their observations via its Mountain Information Network (MIN). The crowdsourcing initiative allows backcountry users to share data and notes about backcountry trips.

The 2019-2020 season has been an alarming one for many in the backcountry community, with a marginal start to the season leading to a deep, faceted layer of snow that was compounded by a cold spell with relatively little snowfall.

(Faceted snow refers to snow grains that have transformed into larger, angular grains. These facets have weak bonds with neighbouring snow grains and are often referred to as sugary snow.)

According to Jayson Faulkner, head of the Spearhead Huts Society, there is fear that this layer could "wake up" going into the spring.

"It's been sitting there since the end of November, and we also know that that thing was expected to wake up in the spring potentially,' said Faulkner.

The concerns come at a time when many people in the Sea to Sky region are heading into the backcountry as a way to stay physically and mentally strong amid a deluge of dire COVID-19-related stories.

According to Sills, if you do go, he recommends taking a conservative approach, and ensuring you have the ability self-rescue if things go sideways.

"If a call comes in we are going to be evaluating it very precisely in terms of risk to our responders," he said. "We've never responded to a pandemic before."