WSS student Molly Long travelled to the Memorial University of Newfoundland to attend SHAD
Aug 5, 2018 11:00 AM By: Megan Lalonde 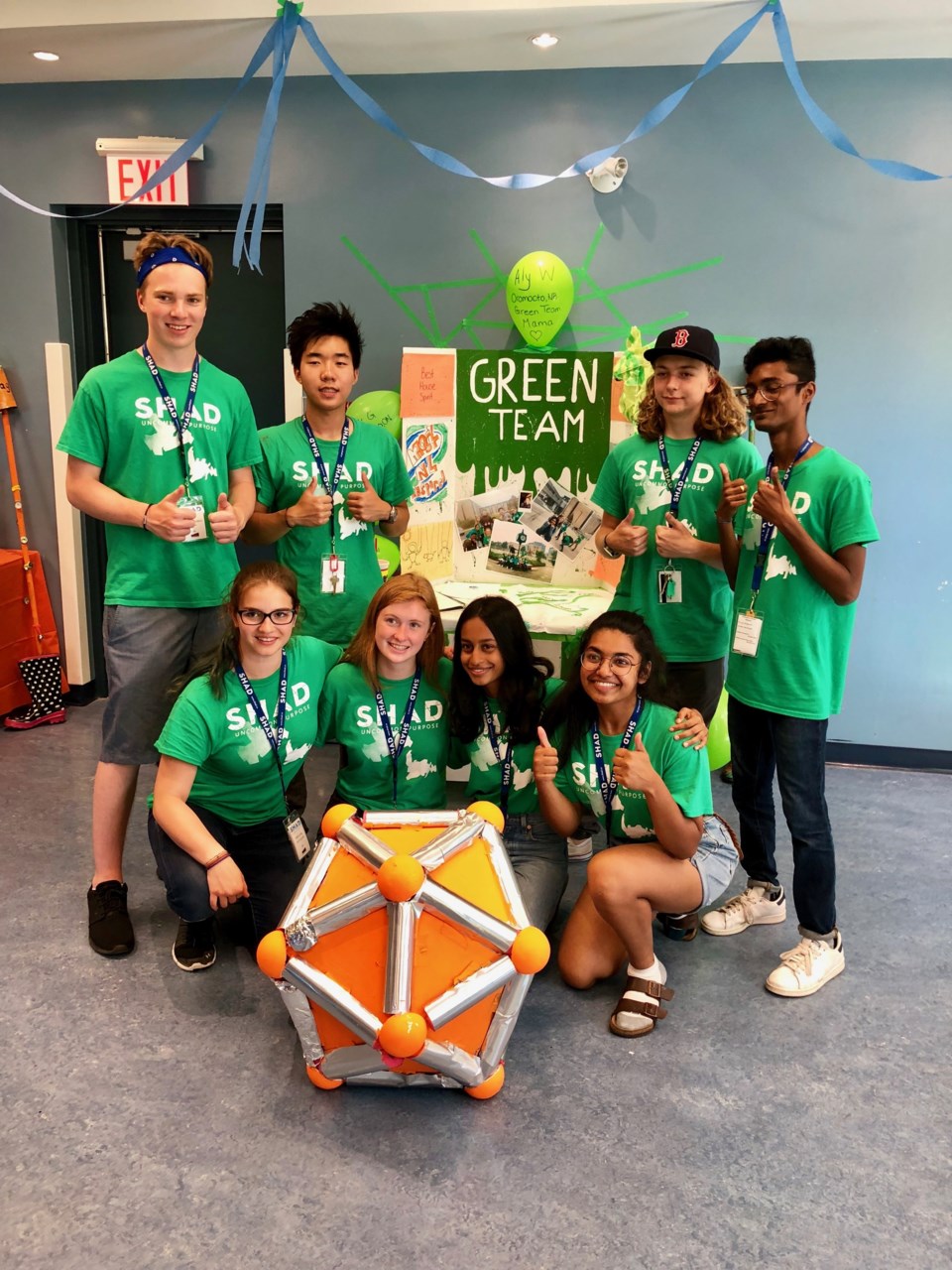 Aside from a campus tour or two, most students don't have their first brush with post-secondary education until they're, well, in post-secondary school.

But when Whistler Secondary School (WSS) student Molly Long decides to begin her university education, the first-day jitters won't be nearly as bad.

Last week, Long returned home from a month-long program called SHAD—not an acronym, but named for the creek where it first began in Ontario—an academic summer enrichment and entrepreneurship program for high-achieving Canadian high school students.

Nearly 1,000 carefully selected participants spend the month of July at one of the 16 participating universities from coast to coast, living in residence and attending lectures, seminars and workshops.

Long first heard about the program over her school's announcements last fall, and decided to apply after a science teacher suggested she should. "It's science, technology, engineering, arts and math based, and I'm interested in all of those things, so I thought it would be a good idea," she said.

When she was accepted, she became fifth WSS student to ever participate in the prestigious program, and the first in seven years.

Now, Long, set to begin Grade 12 next month, is hoping more WSS students will follow in her footsteps in the future. "I'm just hoping to push it more at my school, because I think more people should get to go to this program. I think it really changed me a lot."

Long was placed at the Memorial University of Newfoundland alongside 55 other students—her last choice out of the top-six location preferences she submitted to the program.

"They wouldn't have sent me to UBC because I live in B.C.—they want to get you out of your province," Long explained.

On weekdays, participants would attend two university-level lectures in the morning and then their choice of a seminar in the afternoons, on topics ranging from financing to graph theory to medical ethics to bioengineering (which Long named as one of her favourites) and everything in between.

"Some of them were really interesting; some of them I didn't quite understand, but it was really cool to learn stuff that you wouldn't learn in high school," she said.

Even before participating in the program, Long wanted to attend the University of Toronto to study engineering after she graduates. She said getting a glimpse into the subject only reinforced that interest. "In the last week, all the seminars were engineering-related. That was really cool and it made me want to do it more."

As part of the program, students also participated in a business-based team challenge, where the seven teams had to come up with a solution to an assigned problem.

This year, the program tasked students with finding a way to make Canadians more resilient to natural disasters. Participants "had to come up with something that fit into this theme, and then write a business plan and do a prototype, a business pitch and a video," Long explained.

After participating in the program, Long said she feels far better prepared for university. "I got to experience living in res, meeting new people, doing stressful things," she explained.

"Going into it I was kind of shy, and I didn't really want to go because I don't like meeting new people usually, but I think working with people and getting to know them; I became a lot more confident and more of a leader. I was usually the one in the group that was like, 'OK you guys, we need to reset.'"

SHAD's benefits don't stop after the program comes to end, Long added. Not only do the program's alumni, dubbed SHAD fellows, stay connected with each other, but they also have access to exclusive scholarships, internships and other opportunities reserved for SHAD fellows.

Despite it being what she was most nervous about, Long named meeting so many new friends as her favourite part of the experience. "Now I have lots of connections all over Canada, and these people are definitely going to go on to do great things so it's good to have those connections," she said.

Correction: This article originally stated Molly Long was the first student from Whistler Secondary School to attend SHAD. Four other WSS students attended SHAD in the past: Two in 2011 and one in each of 2009 and 2005. Pique regrets the error.