Resort Municipality of Whistler looking into new counsel after lawyer did not file documents associated with appeal
Apr 8, 2011 5:48 AM By: Pique Newsmagazine Staff 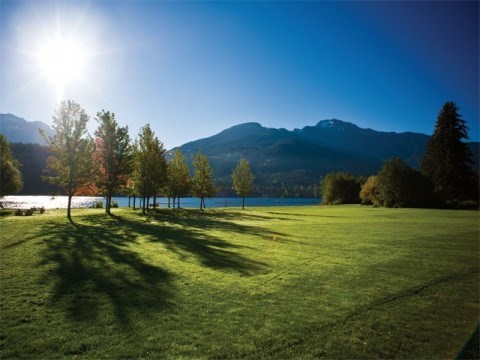 By Jesse Ferreras and Alison Taylor

Council has finally balanced the 2011 budget but now it will have to find at least $1.3 million more in municipal coffers after losing the Rainbow Park expropriation suit.

That's about $1 million more than the municipality initially paid the Saxton family in 1987 when it expropriated the family's land to create Rainbow Park.

"This council felt it was worth the effort (to pursue the appeal)," said Mayor Ken Melamed in his report at Tuesday's meeting, explaining that the appeal cost less than the $1.3 million and there was a chance the municipality could win the lawsuit.

"Staff and council are considering options to fund the settlement."

No other council members commented on the million-dollar blow at the meeting, the final tally of which will include interest and costs.

Behind closed doors, however, council has discussed ending its long-standing relationship with the law firm Young Anderson, which represented the Resort Municipality of Whistler in this case.

"Not filing, not even showing up, we weren't pleased," said the mayor after the council meeting. "But the fact that it didn't contribute to the outcome means there's really no repercussion."

He was referring to the B.C. Court of Appeal judgment last week that said an appeal by Whistler was "bound to fail" regardless of the performance of the legal team, which failed to file the factum, or facts of the appeal, in a timely manner.

Council has now decided to go out for a Request For Proposals for new law firms.

While the municipality uses several law firms depending on the matter, Young Anderson has been one of the principle legal firms for years.

The case has been going on for over 20 years, starting in 1987 when Whistler expropriated 44 hectares of property on Alta Lake to create Rainbow Park. At the time the land was owned by the Saxton family. Andrew Saxton is now campaigning for re-election as the Member of Parliament for North Vancouver.

The Saxtons argued the sum was too low and in March of 2010 a court agreed and awarded the family $1.3 million.

When judgment was handed down The Resort Municipality of Whistler (RMOW) indicated its intention to appeal the decision with the factum to be filed in court by last July.

But July came and went without the necessary documents being filed in B.C. Supreme Court.

George MacIntosh, a Vancouver lawyer representing the Saxton family, made repeated requests for the factum. On August 13, 2010, he notified Whistler's counsel via e-mail that the factum was a month late.

"I do not want to waste clients' money or my time or yours on a motion to dismiss the appeal, which would merely result in an order stipulating when your factum must be filed," MacIntosh warned. "However, if I don't hear from you on this within the next week or so, I will probably set down such an application."

Then on September 17, MacIntosh emailed Whistler's counsel again, saying this time that queries about the factum were being ignored.

"When I spoke to you, you said you would have the factum to me in the next week, which you did not," he wrote. "I would very much appreciate a phone call as to timing and an explanation for the delays."

A lawyer working for the municipality left a voicemail message with MacIntosh on September 21, saying again that the factum would be delivered within the week. The lawyer gave no reason for the delay.

That was the last time MacIntosh communicated with the municipality or its lawyers before he applied to dismiss the appeal four months later.

A Chambers judge dismissed the appeal when the factum was not received in a timely manner.

At the time the judge said: "When considering the relevant factors, I am most influenced by the last factor, the overall interests of justice.

"The matter has gone on, despite the urgings of counsel for the (Saxtons), for six months with nothing being done since the record was filed.

"Given the inordinate delay and the explanation given by counsel for the delay, which essentially was that he was too busy on other matters to attend to this matter, and given the circumstances of Ms. Saxton's ill health, I consider that it is in the interests of justice that this matter finally be resolved and that she not be put through the further stress and anxiety of a continuing appeal in which it is apparent that no active interest has been displayed for such a long time."

The Resort Municipality of Whistler hoped to be allowed to appeal this dismissal of its appeal, but the case to have the right of appeal reinstated has now failed, leaving the community to pay not only the original $1.3 million but whatever costs and interest is determined in future hearings.

Justice Kenneth Mackenzie, writing for the Appeal Court, ultimately concluded that an appeal by Whistler would have no reasonable prospect of success, agreeing with an earlier judgment.

The municipality has compensated the Saxtons in an advance payment of $367,000, which came as part of a settlement agreement that was finalized in January 1988. The agreement had a provision that allowed the owners to pursue a claim for additional compensation.

Ted Milner, a councillor with the RMOW said last week that it was a "tremendous lapse" that lawyers working for the municipality did not file the factum in order to advance the appeal.

"I think they didn't file what they should have filed, and I think they should inform their insurance company of possible losses," he said. "Our lawyers have said they won't be charging any fees for what they didn't do, that's great, but they're going to have to bear a little responsibility here, I think."