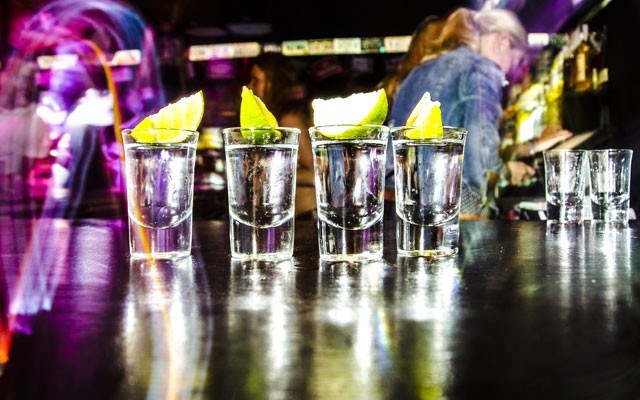 BOTTOMS UP Whistler reported the highest prevalence of binge drinking in the province — 43 per cent of respondents — in a health survey administered in 30 B.C. communities. Photo by Vitalii Tiagunov / Shutterstock

The results are in from the largest community health survey in B.C.'s history, and they highlight something most Whistlerites are already well aware of: We love to party almost as much as we love being active.

The My Community, My Health survey was administered by health authorities in 30 communities across the province, and Whistler was tops in several categories, including binge drinking, physical activity and sense of community belonging.

In all, 43 per cent of respondents reported binge drinking one or more times a month, well above the 27.6-per-cent average for the Coastal Rural region and nearly double the rate for Metro Vancouver respondents.

Binge drinking is defined as having five or more drinks at a time for men, and at least four for women.

"Whistler has a vibrant outdoor and social scene. This can lend itself to binge drinking and other high risk activities," said Whistler Community Services Society (WCSS) executive director Cheryl Skribe in an email. "Our goal at WCSS is to support anyone who walks through the door for any reason and get them the help they need with kindness and without judgment.

"Some of the findings of this recent survey appear to be similar to the Communities that Care (CTC) survey conducted in 2014.

"It is great that organizations are conducting surveys of this nature so that we can understand better what our community's strengths and challenges are. It could provide the building blocks to help strengthen and support Whistler based on individual need and risk.

"It also reinforces the requirement for social services organizations within Whistler to help manage those risks whenever possible."

The troubling trend around alcohol consumption in the community is no doubt bolstered by the youthful and transient nature of the population — 51 per cent of respondents were between the ages of 18 and 34 — as well as Whistler's lively nightlife and reputation for partying.

"One thing I think that does contribute to the drinking is the fact that a lot of these young people are nowhere near their family, so no one's going to really know if you're on a bender," said local clinical counsellor Nancy Routley. "Often in a small town your family knows what's going on with you, and I think that here your family often doesn't."

Squamish also reported a high level of alcohol consumption, ranking third in the province with about a third of respondents reporting they binge drink at least once a month. On the flipside, Whistler was the most active community in the province, with 68.9 per cent of those surveyed saying they engage in 150 minutes or more of physical activity a week. The average for the Coastal Rural region was 57 per cent.

These figures can be linked to the low prevalence of obesity in the resort, smoking and self-reported chronic disease.

"You've got a young, transient population in Whistler that is exercising more than the Vancouver coastal average, and after exercising, they're obviously having a few more beers than they should be," he added.

Whistler was also near the tops of the list in terms of fruit and vegetable consumption, with 36 per cent saying they eat at least five servings a day. Only Bowen Island residents reported higher consumption rates.

At 82.3 per cent, Whistler ranked first in feeling a sense of community belonging, compared to 70.9 per cent in Squamish and only 53.8 per cent in Vancouver.

While Whistler outperformed many communities in several areas, it is lagging behind in emergency preparedness, with only 17.3 per cent of respondents saying they were adequately equipped to survive three days on their own in the event of a disaster — the worst mark in the province.

"Again, I think that has to do with the younger nature of the community — people aren't thinking of earthquakes, floods or other natural disasters," Martiquet said. "It's more of the stable, long-term Whistlerites who would think that way."

With an abundance of trails and bike paths in the resort, it may come as a surprise that Whistler also ranked low when it came to the percentage of residents who walk, bike or take transit to work and school — 29 per cent.

There were roughly 100 questions in all asked by the survey of 33,000 residents covered by the Vancouver Coastal and Fraser health authorities, administered between June 2013 and July 2014. Questions tackled everything from lifestyle, community resiliency and mental health.

The entire report is available online at www.myhealthmycommunity.org.