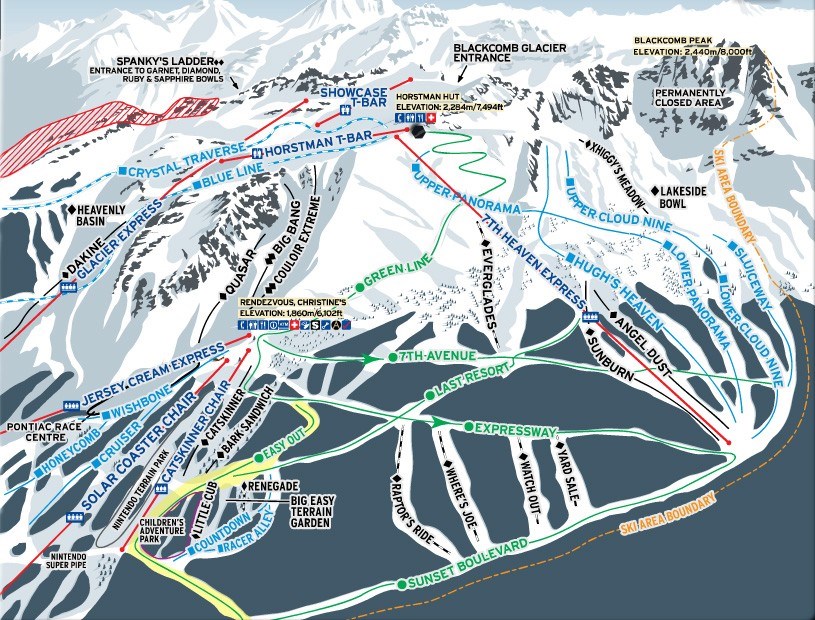 FATALITY A 33-year-old Whistler woman is dead after falling into a tree well in the 7th Heaven area of Blackcomb today. File image

A Whistler woman has died after falling into a tree well on Blackcomb Mountain today, according to local police.

The 33-year-old was skiing with her husband when she became separated in a treed area of 7th Heaven near Expressway and Last Resort. A search was initiated after she was reported missing at 10:40 a.m.

At 11:12 a.m., she was found unresponsive in a tree well by a member of the public, Whistler Blackcomb said. Attempts to revive the woman by Blackcomb ski patrol, a mountain doctor, a paramedic and a nurse practitioner were unsuccessful. She was pronounced dead at the scene.

Though authorities have yet to name the skier, Whistler Blackcomb has confirmed she was an off-duty employee of the company, and friends on social media have identified her as Sarah Prunier, a long-time snow school instructor.

"Whistler Blackcomb wishes to express its sincerest condolences to friends, family and co-workers for this sad loss," the release stated.