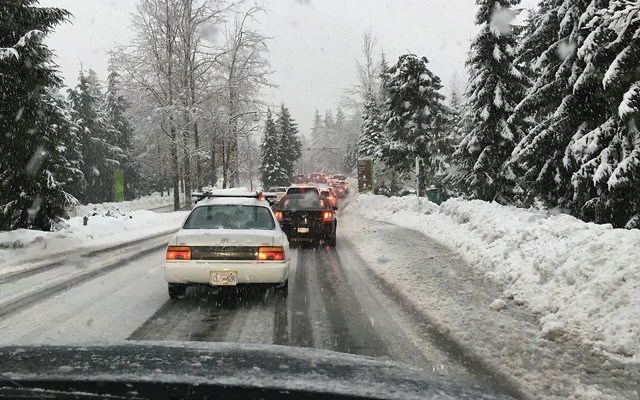 Winter tire regulations are in effect in the Sea to Sky until April 30, 2021. FILE PHOTO

A Whistler senior sustained minor injuries after being struck by a vehicle without proper winter tires last week in Alpine, police said.

Just before 9 p.m. on Friday, Dec. 11, Whistler RCMP received a report of a pedestrian struck at the intersection of Valley Drive and Alpine Way. The 80-year-old woman was taken to an area hospital for treatment.

Investigators have since learned that the vehicle was not equipped with the proper winter tires and the driver was subsequently issued a ticket.

“Whistler and Pemberton RCMP are reminding motorists that as of October 1, 2020 winter tires are once again required for all personal vehicles driving in the Sea to Sky corridor,” police said in a release.

A legal winter tire is defined as having at least 3.5 millimetres of tread depth and marked with the letters M + S (Mud and Snow all-season tires) or the three-peaked mountain/snowflake symbol (or both) on the sidewall of the tires.

“Summer tires of any type will not be permitted and police will be checking tires on a regular basis to ensure that drivers are compliant,” police added.

Passenger vehicles without winter tires are subject to a $121 fine, while commercial vehicles not carrying chains can net a fine of $196. Vehicles without the proper tires may also be towed—at the owner’s expense—to an area where winter-tire regulations are not in effect, police said.

Studded tires can also be used, but may only protrude two mm from the tread or traction surface of the tire. Studs must be used on all four wheels.

Winter-tired regulations are in effect until April 30, 2021.