Whistler2020 on the Ground

Invasion of the biodiversity snatchers
May 29, 2009 6:25 AM By: Nicolette Richer 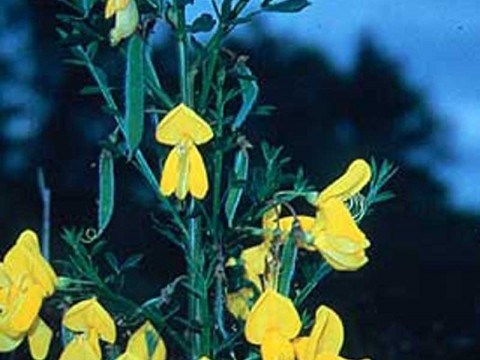 There are aliens among us. Hordes of them, threatening nature and the very raison d'etre for a destination resort community that attracts people from around the globe to our diverse, natural offerings.

"We've been tracking invasive species for five years and have found them everywhere," says Bob Brett, the biologist coordinating the Whistler Biodiversity Project. "The invasive plants are most visible, especially in disturbed areas, and we've found over 100 species so far. We've found invasive butterflies, snails, slugs, birds, mammals, and even lichens and mushrooms. Our biggest worry is that these new species will replace Whistler's native plants and animals."

2010 is the International Year of Biodiversity and biologists believe that invasive species are a major cause of global species extinction.

The increase in movement of goods and people up and down the Sea to Sky corridor equates to increased transportation of species from foreign ecosystems into Whistler's native habitats. When an introduced species, a plant or animal non-native to Whistler, embeds itself in our community, it can quickly flourish and impact native plants, landscapes or aquatic habitat, resulting in negative economic, social and environmental impacts. Invasive plant species tend to do especially well in disturbed environments, and with all the development occurring throughout Whistler and the Sea to Sky corridor, this further clarifies the need for citizens to ban together to preserve Whistler's natural ecosystems.

Ecologists around the world have now put price tags on invasive species, something that Whistler has recently started to do as well. Patrick Reid, Chair of the Fraser Basin Council reported: "Annual economic losses from invasive plants in B.C. cost forest and mining companies, ranchers, farmers, utilities, government and the general public tens of millions - and perhaps even hundreds of millions - of dollars each year in lost productivity. We must fight back and defeat these alien invaders. The cost of doing nothing is just too great."

Fortunately for Whistler, we have an understanding of the current issue. However if we lose sight of this and don't take measures to control and eradicate these alien predators, the current situation will grow exponentially. The RMOW invests around $10,000 a year managing the spread of invasive species. Left unchecked this number could reach the hundreds of thousands, if you also calculate the damage to ecosystems, recreation and tourism industries, and health and safety management in the next decade. We only need to look to other communities like those on Vancouver Island or the Sunshine Coast to see the havoc that invasive plants have posed within those areas.

What You Can Do to Stop the Invasion

According to Brett, "Whistler residents can help by gardening only with native plants or plants like daffodils and tulips that don't spread. What I'm especially worried about are plants that have the potential to move into natural habitats like forests and riversides. Four species to avoid include yellow lamium (a.k.a. yellow archangel), yellow loosestrife, foxglove, and periwinkle."

Anyone interested can help plant a local wetland this Sunday, May 31 from 10 a.m. to 1 p.m. Meet on the north side of Lorimer Road, opposite the entrance to the day skier parking lots. As part of the Whistler day skier lot upgrade, a wetland was constructed to intercept and naturally treat stormwater runoff prior to it draining into Fitzsimmons Creek. Be prepared for mud; boots and work gloves are highly recommended. The event is being organized by Cascade Environmental Resource Group and the RMOW. A free BBQ for all volunteers will be hosted by Kerr Wood Leidal and RMOW Environmental Stewardship.

"One piece of good news on the invasives front is that we've just formed a corridor-wide group to tackle the problem: the Sea-to-Sky Invasive Species Council. This summer we'll be starting our first regional inventory and implement a control strategy on broom and knotweed," says Brett.

Whistler residents can also do the following:

• Manage invasive plants on your property

To learn more about how Whistler is managing our journey toward sustainability check out www.whistler2020.ca.