Whistlerite cycling across America in support of neurological research

Kirsty Scotter will embark on a three-month journey from California to Virginia
May 14, 2014 10:00 PM By: Brandon Barrett 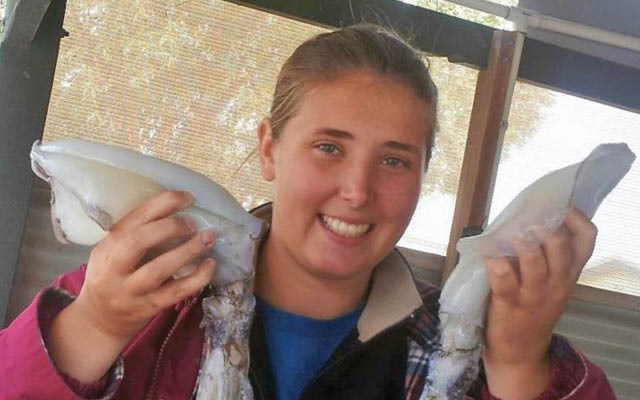 On the road Nineteen-year-old Whistler resident Kirsty Scotter, who lost her mother as a child from a brain hemorrhage, is cycling across America to raise money for the Brain Research Trust. photo submitted

For most teenagers, just getting off the couch can be a task of Sisyphean proportions.

But then again, most teenagers aren't Kirsty Scotter.

The 19-year-old England native, who moved to Whistler six months ago, is embarking on a three-month cycling trip through the American Heartland to raise money for British non-profit, Brain Research Trust.

It's a cause that's near and dear to Scotter's heart.

"My mum died when I was younger from a brain hemorrhage," she said. "More recently a close family friend, who was only four years old, got diagnosed just last year with a brain hemorrhage as well, and now she's brain damaged and terminally ill. This charity has really helped and I know it does great work."

Scotter hopes to raise at least £3,000 (about $5,510 CAD) through an online campaign for her journey, which will set off eastward from San Francisco on May 25 before eventually ending in Yorktown, Virginia. Scotter is following a route designed by the American Cycling Association that will see her hit at least nine different states and some pretty treacherous desert terrain.

Scotter, an avid snowboarder who worked as a babysitter while in Whistler, doesn't have much long-distance cycling experience, but spent a year travelling the world and doing her fair share of camping at the age of 17.

"I haven't done multi-day (biking) trips or anything like that, so that puts me at a bit of a disadvantage, but I've always been quite active; I snowboard pretty much every day here," she said. "For me, it's not about the time it takes me; I have a visa for six months so that's not a worry. I'll just take my time and see how it goes."

The British expat said she's been amazed at the level of support she's received — so far she's raised 10 per cent of her goal — from other young people in her life.

"I've been so surprised at the amount of young people who've been like, 'How can I help? What can I do? How can I spread the message?'" she said. "I think that's what really counts because you don't always have to be the person doing the extreme activity, there are other ways you can get involved and help out."

And while Scotter has had the idea to embark on this kind of trip for some time, she said it was the people she met in the resort, like her housemate who biked across B.C., who ultimately inspired her to take the trip from a dream to a reality.

"When I was in Whistler, I really wanted to do this but it was one of those things where it was in the back of my mind but I didn't really have the push to just go for it," Scotter explained. "But literally everyone I spoke to (in Whistler) had done some sort of trip. Even if it was not as long, it didn't matter, they had all done some sort of thing that pushed their physical limits. It just made me think that I had to do it. Why not?"

You can contribute to Scotter's online campaign supporting brain research at www.justgiving.com/KirstyScotter.