Whistlerite following in flight path of her late father 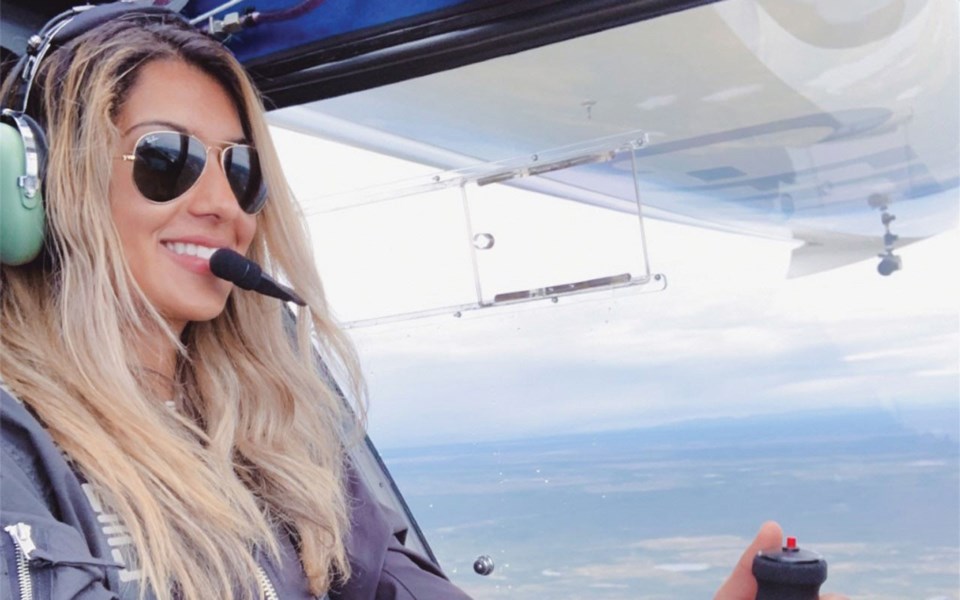 AIR-BORN Before her father's passing from brain cancer last year, Whistler's Alexis Thind promised him that she would give back to others in need after fulfilling her dream of becoming a pilot. PHOTO SUBMITTED

Before her father's passing last summer, Whistler's Alexis Thind made him a promise: that she would follow in his footsteps as a pilot and give back to those who needed it most. A pilot with the Royal Canadian Air Force, as well as Air Canada later on, Thind's father was diagnosed at 59 with Glioblastoma, a terminal brain cancer. Thind, 24, said she "spent a lot of time living in hospitals" with her dad, meeting other families battling with cancer.

"I ... made a promise to him that I would help the people that we had met going forward when I did become a pilot," she added.

Unfortunately, Thind's father didn't get to watch his daughter get her pilot's wings before he died last August—she was officially cleared to fly last month. But it's thanks to his unwavering guidance that Thind is now following in his flight path.

Just weeks after his first brain surgery, Thind's father built a makeshift flight simulator in their basement in Alpine "so he could teach me everything he knew," Thind said. "He was an incredible pilot and person. He was all about giving back."

This month, Thind flew as part of a volunteer expedition to Fairbanks, Alaska for Hope Air, a charity that offers free flights for patients in rural communities to access medical care.

Thind garnered a wave of support from local businesses as well, which she approached with just a week before her expedition for gifts and supplies for the patients she met along the way. McCoos, North Face, Nesters, Roots and others all lent their support.

Then, sitting behind the controls on Father's Day, her dad's name etched on the side of the plane, Thind was reminded of how far she'd come.

"It was phenomenal because I think he would've been really proud and I think it's kind of beyond what either of us thought I would end up doing in that short amount of time," Thind said. "I think he would just be kind of shocked that all these opportunities have come my way."

The expedition was intended, in part, for the volunteers to meet with Hope Air clients and raise funds and awareness for the organization.

"I stopped in all these remote communities that are faced with issues that most Canadians don't even have to think about," Thind said.

"It's such a wide range of issues that I was exposed to. I met young women who want to become pilots but don't have the resources to. It was a really overwhelming feeling of gratitude that I'm able to do what I'm doing and living in a place like Whistler where we don't really have these problems."

Thind was trained at Glacier Air in Squamish, and said the flight school has "become a second family for me." Owned by Colette Morin, Glacier Air hosts the annual Fly It Forward event, which offers free flights to women interested in aviation.

"Alexis is becoming a role model and I hope she continues to take that seriously, and I think she will, to help inspire and encourage others," Morin said.

"I think it's important for young girls to see that this is possible because there are a lot of stereotypes out there," Thind added.

Now, Thind has her sights set on gaining her commercial pilot's license—but she isn't ready to leave her charitable work behind.

"I definitely want to volunteer and give time back after seeing what I've seen," she said. Hope Air is currently raising money to provide 1,000 free flights to patients in need.

(*Editor's Note: Thind prefers that her father's name not be publicized, as he was a private person.