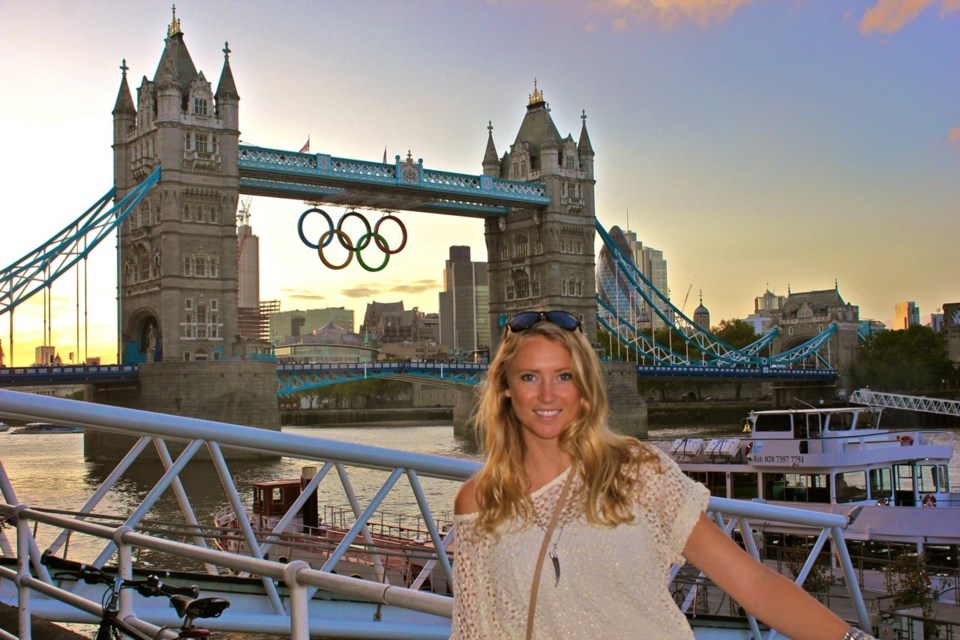 Ashleigh McIvor spent time at the London 2012 Summer Olympic Games recently. This week she has launched a lawsuit against a juice company. submitted

Reached for comment McIvor told Pique that she was unable to say anything about the case at this time.

According to McIvor's Statement of Claim, filed in BC Supreme Court Aug.22, she and Vancouver-based YJ Sciences Inc. had agreed that she would be a paid sponsor for a product called "YouthJuice."

"On or about November 26,20101 the parties entered into a contrast (the "Agreement") under which (YJ Sciences) acquired limited rights to associate itself and its products with McIvor, and a limited licence to the use of McIvor's name and image," states the court document.

The Claim states that McIvor completed a photo shoot and performed her obligation though January 2011.

Then in January 2011 McIvor suffered an injury while on a training run for the Winter X Games in Aspen, Colorado.

"Thereafter, although McIvor remained ready and willing to continue to perform her obligation under the Agreement, (YJ Sciences) appeared to lose interest in the Agreement and in McIvor," states the Claim.

McIvor alleges that YJ Sciences failed to make payments to her from January 2011 and has, in fact paid her nothing.

She is seeking damages in the amount of $45,000 as well as pre-judgment interest of $770.55 and any other relief the judge sees fit to award, as well as costs.

According to company website YJ Sciences Inc. currently operates throughout Canada and the United States of America — its flagship product is YouthJuice.

The company's founders are Lynda Perry and Bob Edwards. No statement of defence has been filed to date.

The allegations are unproven in court.