Whistler's Green Moustache is coming to a vending machine near you 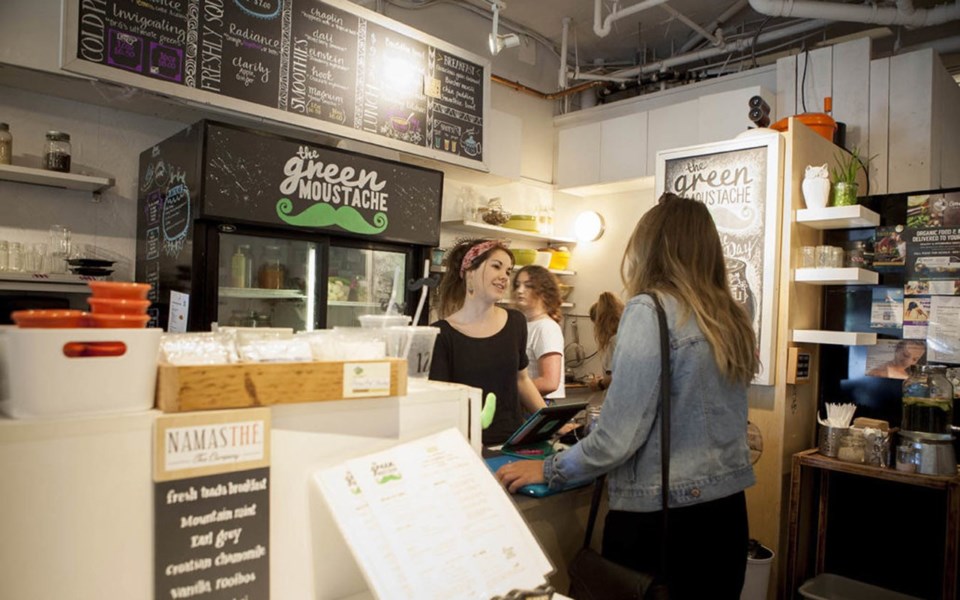 good food on the go The Meadow Park Sports Centre is home to The Green Moustache's first vending machine, which dishes out popular menu items from the café. PHOTO submitted

When Nicolette Richer was coming up with the concept for The Green Moustache, the vegan, organic, whole-food café that now counts eight locations, she had a dream of one day seeing affordable, healthy food available on every corner.

After the launch of The Green Moustache's first vending machine—with expansion plans already in the works—that dream is starting to inch towards reality.

"It's getting harder and harder to find retail space, but it's not impossible to find places you can plug in a vending machine overnight," Richer said. "This makes that dream very realistic."

The Meadow Park Sports Centre now plays host to the café's health-minded vending machine, which will dispense popular Green Moustache menu items, like their line of vegan desserts, collard wraps, the classic Buddha Bowl, and even a kids' pack, featuring a selection of veggies and fruit with a hummus dip. Prices range from $5 to $13, Richer said.

"Our goal is to get healthy, organic, whole food into as many bellies as possible," she added. "We figured if we can eliminate all the vending machines that sell crappy, unhealthy food and switch it with our food, then that would be a faster way to do it."

The ultimate goal is to have Green Moustache vending machines in schools, rec centres and other community hubs across the country. Richer said she is already in talks with the provincial government to possibly install the machines in hospitals as well.

It's an effort that could play a small part in transforming our fast-food culture by improving access to ready-made, nutritious food in underserved areas known as "food deserts," where often the cheapest, most filling meal is also the worst for you.

"In a lot of First Nations communities, the only place they can access food is in gas stations. So if we put our food there—and we've been working with the Squamish Nation—we can work with them to actually have them supply their own vending machines," Richer explained, adding that the machines can be customized to the needs and affordability of a particular community.

"In these food deserts, the thing is that a baked potato or a baked yam, we can put that in there. We can put in a beautiful baked root vegetable casserole, and that's not expensive to make."

Because each item is made fresh daily, the Green Moustache's supply model differs from a traditional snack vendor.

"It's a very different model compared to a lot of commissary kitchens where they will even drive their stuff across Canada because it lasts five days," Richer noted.

She said the company would employ a "starburst" model, with centralized commissary kitchens serving as a hub for surrounding farms to bring in their fresh produce so food can be made onsite and delivered to nearby vending machines.

When Richer, a health consultant and nutritionist, first began her work, she said the public's knowledge about the medicinal benefits of food was still very much in its infancy. Not so today.

"My work has become substantially easier in the sense that 10 and 20 years ago ... there weren't as many documentaries and films about food as medicine," she reflected. "So I think it's been made easier because people are demanding this kind of food now, but they just can't access it."