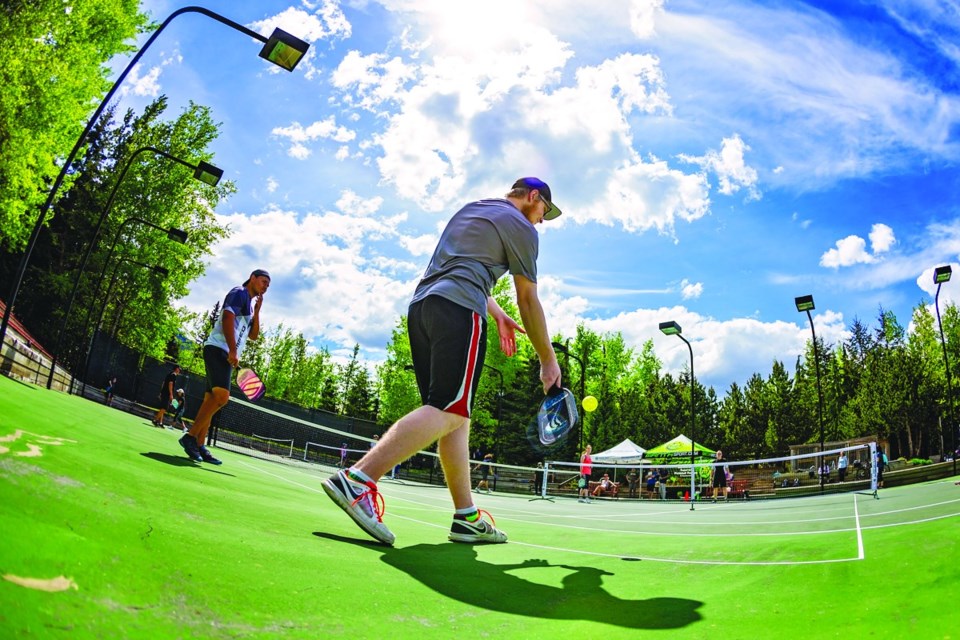 GOING OUT: Whistler's long-troubled May long weekend has been relatively quiet for local police in recent years, thanks in part to the resort's Great Outdoors Festival, pictured. Photo by CLINT TRAHAN/courtesy of GO FEST

The police statistics from Whistler's May long weekend are officially in, and show that police dealt with a similar number of calls as the 2018 holiday.

Presenting to elected officials at the Tuesday, June 11 regular council meeting, Staff Sgt. Paul Hayes relayed that Whistler police received 92 calls for service between May 17 and 20, up slightly from 88 last year. In 2018, however, police separated the 88 calls for service that were "directly related" to the holiday from more routine calls from residents, for instance (there were 118 calls for service in total last year). Hayes explained that time constraints prevented the detachment from making the same distinction prior to Tuesday's council meeting, but he expects the number of calls directly related to the holiday to be below last year's tally.

"The only major thing is that nothing major happened," said Hayes in a phone call prior to Tuesday's council meeting. "Considering where the May long weekend issues started about six years ago, I think we've come a long way."

Whistler's May long weekend had, for years, been a popular getaway for youth from the Lower Mainland and was plagued by vandalism, property damage and violence. That culminated, in 2015, with the killing of Burnaby teen Luka Gordic, who was swarmed and stabbed to death in Whistler Village.

This year, the majority of calls police dealt with were related to alcohol, Hayes said, with 42 bylaw tickets issued for alcohol-related offences and four provincial tickets issued for drinking in public. Mounties detained 14 prisoners in cells over the weekend, 12 for alcohol-related reasons. The two other detainees were arrested over separate domestic assault reports, police said. A sexual assault that reportedly occurred during the weekend was also relayed to police, although investigators did not locate and arrest the suspect until after the holiday. Hayes said only that the reported victim knew the suspect prior to the alleged assault, and the two had been visiting Whistler at the time.

Hayes credits the "balance" struck by police, the community and officials for helping to transform Whistler's May long weekend.

"I think what we're seeing is that we have found a balance in terms of what the community is offering, the folks they're attracting and the policing that we're doing," he said. "It sort of seems to have found that sweet spot, if you will, and so far has been working for us."

In his presentation, Hayes also noted that, generally speaking, calls for service were "substantially less serious in nature than last year, which again shows some proactive things going on."

The Great Outdoors Festival was created by the RMOW in 2014 as a celebration of the transitional period from spring to summer, as well as a way to attract a more family-friendly demographic to the resort. The hotel sector has also made a collective effort during May long weekend to beef up security and ensure credit-card holders booking rooms are actually staying at the property.

As in years past, police also maintained a visible presence in the village and on the roads. Hayes said members worked longer hours and additional officers were brought in from Squamish and the Lower Mainland. There was also a road check stationed north of Brandywine on the Friday evening, which Hayes said resulted in more than 1,000 cars being checked, and the removal of two impaired drivers from the road.

"The whole point was to set the tone for folks coming up," he explained. "We were highly visible, we're providing education and most of the social media stuff we saw and most of the comments that we heard at the site were in support of us being there and making sure that everyone was safe over the weekend."

The RCMP's Integrated Road Safety Unit was also in Whistler conducting traffic enforcement, and handed out 88 provincial tickets, 11 roadside suspensions and caught one prohibited driver over the weekend. These tickets were in addition to the Whistler's RCMP's files and were not processed by the local detachment.