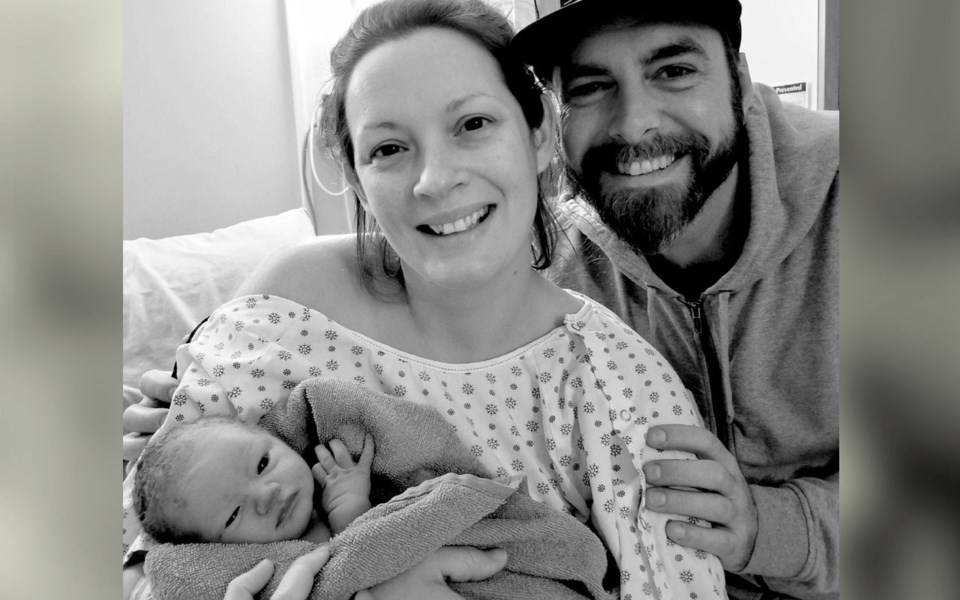 Squamish General's first baby of 2018 was a Whistler baby. Wells Hunt was born at 12:50 a.m. to proud parents Jeff and Michelle Hunt, making him the first baby born in the Vancouver Coastal Health jurisdiction.

"I wasn't expecting him so early," explained Michelle, as she tended to her newborn, who was making noise in the background.

Michelle went into labour in the early hours of New Year's Eve, and the baby "held in there" all day. She said she expected to give birth earlier in the day, since Wells is her second child.

Despite the length of the labour, the delivery went smoothly, she said. "It was a good birth, and the staff here at Squamish General are amazing," she said.

But Wells wasn't the first baby born in the province in 2018 — that honour went to a girl born at Surrey Memorial Hospital just nine seconds into the new year.