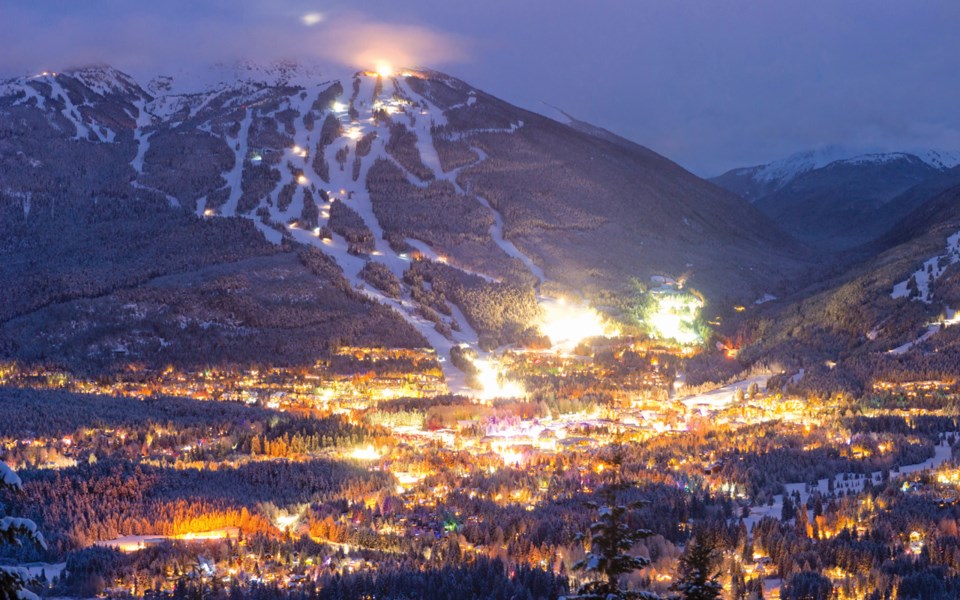 Nearly a decade after the Resort Municipality of Whistler (RMOW) first set out to update its 1993 Official Community Plan, the task is finally complete.

“I think one of the most exciting things for me is how this sets us up to continue to work with the Squamish and the Lil’wat [Nations] in exciting ways going forward, and so there’s lots to do and there’s lots of exciting days ahead.”

The OCP provides a foundation for direction and decision-making in key areas, the mayor said: community planning and land-use management, growth management, housing, greenhouse gas emissions targets, and social and environmental issues among them.

“The OCP is a foundational document for the community,” Crompton said.

“So its adoption allows us to move forward on what’s most important to Whistler.”

Find the full document, as well as a chapter-by-chapter breakdown, at whistler.ca/ocp.

The update has been actively in the works since late 2017, and the bylaw received third reading in July 2019 after a public hearing in April of that year (see Pique, April 20, 2019: “Wide range of comments heard on OCP”).

The updated OCP bylaw’s regional context statement was approved by the board of the Squamish-Lillooet Regional District on Oct. 23, 2019, and the bylaw itself received approval from the provincial minister of municipal affairs on June 17.

With council’s adoption on June 23, it takes immediate effect.

But the saga of the OCP—a comprehensive plan that dictates public policy across practically every facet of municipal government—stretches well beyond that.

It was just over six years ago that Whistler’s updated OCP was quashed by the Supreme Court of B.C., which found that the provincial government did not properly consult with the local Squamish and Lil’wat Nations.

“I think we all sort of stepped back and realized that, going forward, working with the Nations required more investment in terms of building the relationship with them,” said outgoing Chief Administrative Officer Mike Furey, who has been working on updating Whistler’s OCP practically his entire time with the municipality.

Relationship building with the local First Nations was made a priority, and in April 2017, the RMOW signed a Memorandum of Understanding (MOU) between itself, the Squamish and Lil’wat Nations, Whistler Blackcomb and the provincial government, which it said represented a “commitment to collaboration” amongst the parties, and which laid out a number of key interests to be explored (see Pique, April 21, 2017: “MOU a commitment to collaboration, Whistler CAO says”).

The MOU would serve as a foundation for relationship building moving forward, Furey said.

“That set out what some of our shared interests are, and shared objectives,” he said.

“And I think since that time, we’ve really been trying to build a relationship built on trust and good faith … I would describe it as a reconciliation process we’ve gone through.”

The OCP contains introductions and historical contexts written by the Lil’wat and Squamish Nations, as well as a chapter dedicated to reconciliation with both.

“I think there’s a lot in there that moves from talking about relationship building to actually laying down … clear understandings about how the Nations will become more part of our community,” Furey said.

“And there’s pieces in there that commit the RMOW to building cultural awareness, and recognizing the Nations in our tourism economy in Whistler.”

For the Squamish and Lil’wat, the updated OCP means more development opportunities, enhanced visibility in the resort, and assurance that there is recognition and a commitment to reconciliation from the RMOW.

“I really believe there is going to be more opportunities for the Nation, but there is also going to be a willingness from all parties to work together for things of mutual interest,” said Squamish Nation Councillor and spokesperson Chris Lewis.

“And there are mechanisms within the OCP that kind of ensure that we’re at the table together to work together.”

“So I’m very optimistic in terms of what the future looks like in the RMOW for the Squamish Nation and our neighbours, the Lil’wat Nation,” he said.

“We’re really supportive of the result, and I really believe that through the last nine years, we’ve built a relationship government-to-government that’s going to allow us to continue to build that relationship through the OCP.”

A new framework agreement between the parties—expected to be announced publicly in the coming days—aims to bring together some of the previous agreements under one roof, Furey said.

“It sort of brings those things together and sets out a real commitment to working in good faith.”

The new OCP is another step towards allowing the Nations to realize their development aspirations in the corridor, Lewis said.

“And it’s also about ensuring our visibility and our presence as the first peoples of the land within the corridor, which allows our history to be the RMOW’s history, or the valley’s history,” he said.

With the adoption of the OCP, some long-contemplated projects in Whistler may finally see the light of day.

The Lil’wat Nation can now move ahead with development of the Kadenwood lands it acquired in partnership with the Squamish Nation* as set out in the MOU (if it so chooses—the Lil’wat did not respond to requests for comment before Pique’s deadline), while the long-discussed Holborn lands, as they’re informally known, may finally see shovels in the ground.

In the 1993 OCP, the property—a prime piece of real estate located at the end of Northlands Boulevard, north of Whistler Village—was zoned for a 450-room hotel and other amenities, but “the new owner, being Beedie [Group Developments], they didn’t want to proceed with that, and it required an OCP amendment,” Furey said.

“The amendment process would require us to basically go through all of the things we just went through to get it updated, so we opted not to go through one amendment but to do the whole thing.”

While the province doesn’t require local governments to adopt an OCP, it does recommend that they be updated every five years.

It’s also worth noting that an OCP does not commit a local government to proceed with any works or projects mentioned in the plan.

In terms of future OCP amendments in Whistler, the RMOW will no longer need ministerial approval to alter its OCP—putting it in line with all but two other local governments in B.C.

“I think it provides more agility in making decisions and ability to move things forward without having to go through the province for approvals and to work with them,” Furey said.

“So I think it allows more flexibility and ability to entertain ideas like the Holborn (lands) … It certainly makes it a much more efficient sort of decision.”

That being said, all land-use decisions now permitted by the OCP—be it in Kadenwood, Holborn or the long-ago-outlined Whistler Blackcomb South Base—will still require a full public process.

“In terms of South Base, I don’t know of any plans, or certainly immediate plans,” Furey said.

“I haven’t heard any from Vail Resorts, and there would be a very, very extensive community process about a development of that nature.”

It’s hard to truly contextualize the full effort that has gone into updating Whistler’s OCP over the past decade.

Thousands of hours dedicated by RMOW staff and countless community members, spanning four council terms—along with input from committees and the public—have been condensed into a single guiding vision statement:  “Whistler: A place where our community thrives, nature is protected and guests are inspired.”

“This is definitely a community project,” said Councillor Cathy Jewett.

“We have, I think, 42 boards and committees; I think almost every single one of them had a comment on the chapters that affected them.”

Coun. John Grills, who sat on the council that adopted the 2013 OCP (along with Crompton and Coun. Duane Jackson), noted the document “took a giant leap” with the 2018 update in terms of things like First Nations relations.

“This is a very big day—an historic day,” Grills said.

“And not only that part of it, but it now stays in the community. We get to work with it, and amend it as we need to.”

Adopting the bylaw makes for a “very exciting day” said, Coun. Jen Ford, who was first elected in 2014, a few months after the first update was rejected.

“This is a unique document that is really so special to our community, because every single person in this community had an effect on this document,” she said.

“But I especially want to point out, [director of planning Mike Kirkegaard], you’ve been all over this document—you’ve done wonderful work with our community, and this has your fingerprints all over it.”

It was somewhat fitting that the OCP was adopted at the June 23 meeting, as it was Furey’s last with the RMOW.

“You have been so dedicated to this town, and we are so grateful for that dedication,” Crompton said at the meeting, as each council member took a moment to share some thoughts about Furey’s contributions.

“Anyone who has had the pleasure of working with Mike knows what a diligent, thoughtful and incredibly hardworking leader he was for this team. His work’s really shaped not only the past decade in our organization, but I really think so many important aspects about what will define us moving forward.”

***An earlier version of this story implied the Kadenwood lands are now owned solely by the Lil'wat Nation. The lands are in fact owned by both Nations.