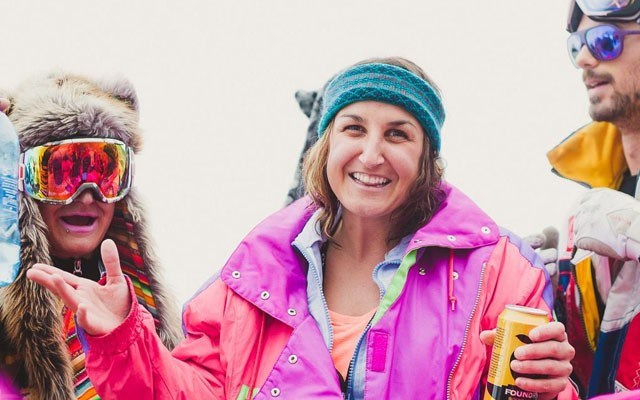 road to recovery Local masseuse Olivia Rey suffered a dislocated neck and two broken vertebrae in a severe car accident in Lions Bay on Nov. 1. Friends have organized a crowdfunding campaign and fundraiser to help with her recovery costs. Photo submitted

When Whistler's Olivia Rey learned of the tremendous outpouring of support from the community after she was involved in a devastating car crash last month, she was shocked.

But to the friends and family who know and love her, it didn't really come as a surprise.

"She's exactly the type of person who would do this for everyone else," said Rey's long-time friend Jamie Drummond.

Rey was severely injured on Nov. 1 after the car she was driving lost control during a torrential downpour and flipped over the median on a stretch of Highway 99 in Lions Bay. The 32-year-old dislocated her neck and broke her C6 and C7 vertebrae. Tragically, the accident claimed the life of Rey's best friend, 32-year-old Whistler resident Marie-Pier (MP) Champagne.

"She's coping as well as she can with that kind of news, but I think right now she's focused on her healing," Drummond said. "She really wanted to express her condolences to MP and her family. She's just heartbroken."

Rey, a registered massage therapist, has a long and challenging road ahead of her. At the moment she has only limited use of her arms and just began breathing on her own. Doctors haven't said much about her prognosis, but Drummond, while hopeful, said she'd likely require a wheelchair.

What's more certain is the strength Rey has already shown in the early stages of recovery.

"She's a fighter, that's absolutely for sure," said Drummond. "No matter what limitations she may end up having... they won't be because she didn't try her very hardest to get well."

Now friends have turned to the resort community for help, and the support so far has been overwhelming. Less than two weeks after launching a crowdfunding campaign, close to $29,000 has been raised.

A fundraiser has also been organized for next Thursday, Dec. 17 at Tommy Africa's, beginning at 7 p.m. It will feature a 50/50 draw and silent auction. Local businesses and residents have so far donated a slew of items, including hotel stays, restaurant gift certificates, massages and more.

"There's been so much help it feels like you can't really ask for anymore," Drummond said.

In a prime example of just how far the community's generosity can extend, Rey's family, who moved to Vancouver to be closer to her, has turned their Whistler home over to some residents displaced by the Nov. 10 Alpine House fire. That act of charity was made possible because a former local, Sam Daniels, who is paraplegic, learned of Rey's story and offered his family's Vancouver apartment to stay in.

"It's been one of those things where everyone helps each other," said Drummond.

To donate to Rey, visit www.youcaring.com/olivia-rey-476461. Arrangements can also be made to contribute items to the silent auction on Facebook. Search for "Let's help Rey on her road to recovery" to access the page.