Dozens of events planned throughout the resort over coming weeks
Feb 7, 2020 11:00 PM By: Braden Dupuis 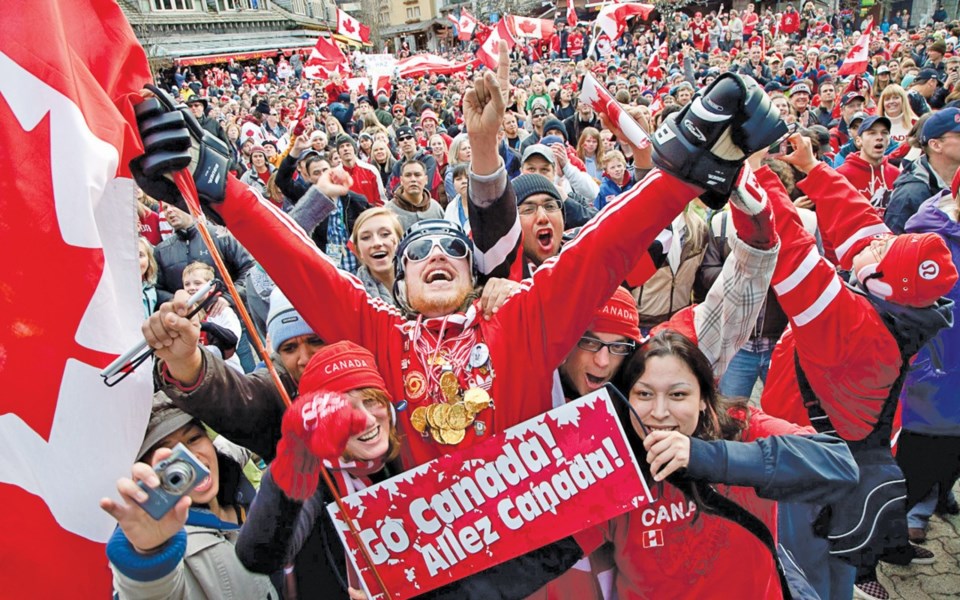 RELIVE THE GLORY You can recapture the spirit of the Games in Whistler over the next two months. PHOTO BY BRAD KASSELMAN/ <a href="http://COASTPHOTO.COM">COASTPHOTO.COM</a>

Ten years on from the 2010 Olympic and Paralympic Winter Games, Whistler is getting set to relive one of its defining moments.

And with 33 tribute events planned for February and March in commemoration of the 10th anniversary of the 2010 Games, Whistler Village is once again set to come alive with Olympic and Paralympic spirit.

"From February 12 to 28 and March 12 to 21, Whistler Village will be filled with a steady hum of excitement as we remember the incredible 2010 Winter Games when history was made and the world came to our doorstep," said Mayor Jack Crompton in a release.

"It was a remarkable time that helped set Whistler on the path to become what it is today. I look forward to wearing my red mittens, blue jacket and other special mementoes and reliving the magic with the community and resort guests."

It all kicks off with a "Cake and Quatchi" event at the Whistler Public Library on Wednesday, Feb. 12 at noon, followed by a Breakfast of Champions on Feb. 14 at 10 a.m., also at the library, where guests are invited to "eat like an Olympian" at a free pancake breakfast.

But that's just the tip of the iceberg, as everything from family après and the Fire and Ice show to storytime at the library will reminisce on the 2010 Games in the coming weeks.

Find more info and a full schedule of events at whistler.ca/2010anniversary.

Meanwhile, Whistler Sport Legacies is also marking the anniversary with events of its own over the Family Day weekend.

The main day will be Saturday, Feb. 15 and will feature free Whistler Olympic Park access to Games volunteers (with their Olympic uniforms or other proof of volunteerism), sport demonstrations and mascots roving the grounds.

One sport attendees 10 and over can try is biathlon, run by the athletes of the Whistler Nordic Development Centre. Cost is $10 per person and all proceeds go to the centre.

As well, youngsters seven and older can try snow luge while learning how they can join the Whistler Sport Legacies luge, bobsleigh and skeleton programming.

Demonstrations, meanwhile, include an interactive opportunity to learn how visually impaired biathletes shoot their rifles, as well as adaptive Nordic skiing.

Monday, Feb. 17 will see the park offer its traditional Family Day discount with 50-per-cent off ski and snowshoe trail tickets purchased onsite at the gate.

All weekend, visitors can meet mascots, enjoy a photo opportunity with the Olympic podium, and check out an exhibit with Olympic mementoes in the Day Lodge.

"We're acknowledging that we've been around for 10 years and that we're still going," Whistler Sport Legacies president and CEO Roger Soane said.

-with files from Dan Falloon