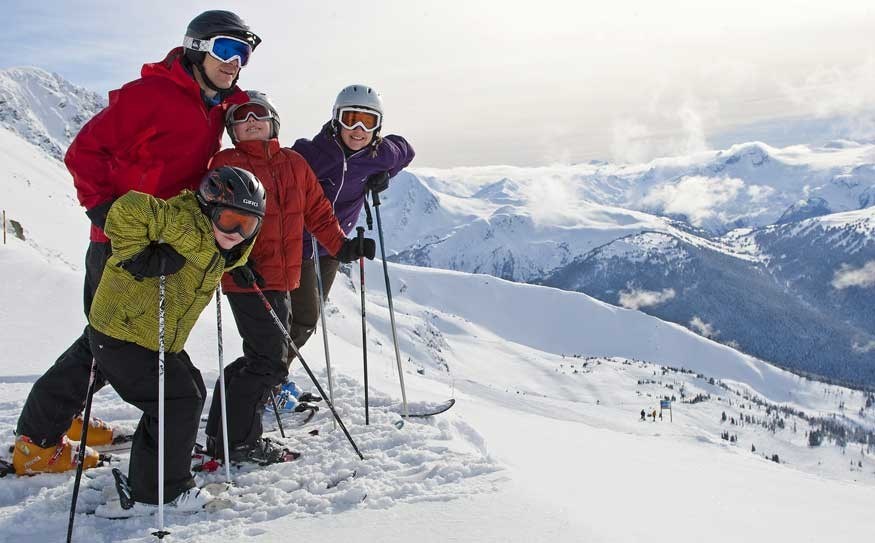 It's not clear how much more money could flow into Whistler now that February's Family Day has been moved but the change is good news for the resort.

The new statutory holiday will be on Monday February 11, 2013 — the second weekend in February, moved up one week after months of consultation with the public and private sector, followed up with a recent web poll spearheaded by the province.

The change means that B.C Family Day will not fall on President's Day weekend — the third weekend in February — and the busiest weekend in the entire year for Whistler. The move will spread out winter visitation and allow Whistler to provide far better availability, and a better price point, for B.C. guests in early February.

Tourism Whistler's president and CEO Barrett Fisher said it was too premature to determine the economic impact of the government's decision, but she's optimistic there will be spin-off in Whistler.

"You don't know how people will choose to vacation that weekend at this point in time, but certainly our hope is that with a long weekend you're going to get more British Columbia guests that are choosing to go away for the weekend," said Fisher. "Whether that's to the Okanagan, whether that's to Sun Peaks, whether that's to Whistler, because it's a winter holiday, we feel very optimistic that we'll be able to attract guests to think about going away for the weekend and choosing a British Columbia resort."

Premier Christy Clark, along with Margaret MacDiarmid, minister of labour, citizens' services and open government, made the Family Day announcement Monday at the Vancouver Aquarium.

"Creating a Family Day in B.C. was an important priority for me. Today, my government is following through on that commitment and I am proud and delighted to let families across B.C. know that our very first Family Day will be on Monday, Feb. 11, 2013," said Clark in a press release. "Having our own unique day in B.C. creates distinctive opportunities for families and local business. British Columbians will be able to enjoy all kinds of local attractions with fewer lineups and less out-of-town traffic."

Key to the discussions was a lobby from not only tourism organizations like Tourism Whistler, but also the Canada West Ski Areas Association (CWSAA), of which Whistler Blackcomb is a part.

CWSAA president and CEO David Lynn expressed in a press release how pleased he was with the consultation leading up to the province's decision.

"We are very pleased with the outcome and we are confident that this decision will drive significant benefits for the tourism industry, the provincial economy and the people of British Columbia," said Lynn.

Whistler Blackcomb's Tabetha Boot, public relations and communications manager, echoed those comments. Whistler Blackcomb, among others, prompted local residents to log their votes in the web poll, which recorded more than 31,000 selections. The clear majority, more than 18,000, was for the second Monday on the month, with more than 3,500 logging no preference.

"We were hoping to have the second Monday be the holiday so that all the families in B.C., when they do get out to enjoy the holiday day, they can have a much better guest experience," said Boot. "The good news is... people won't be paying that premium busy time period price point (of the President's Week)."

But not everyone in the province is happy.

"This announcement will not create a single new job," he said. "In fact, it will likely cost some jobs in the private sector."

The Canadian Federation of Independent Business (CFIB) estimates the stat day will cost an average small business paying an average wage to employees an extra $1,135 for labour and other expenses.

"Independent businesses acknowledge that Family Day has the potential to increase employee morale, and that for some limited sectors, such as hospitality and tourism, there are opportunities for growth," said Shachi Kurl, CFIB's British Columbia director of provincial affairs. "However, the majority of our members are telling us they need mitigation to help them with the financial burden this holiday places squarely on their shoulders."

"I have to say I've been incredibly impressed with how the government has handled this issue among other issues when it comes to the tourism industry," she said. "They've clearly been listening. They've done their homework. They've reached out to the industry. And they've been, I think, very consultative, very inclusive. The people have voted, the people have spoken and it was a strong majority for moving the weekend. And to me that takes leadership."