Who is best to lead B.C.’s pandemic recovery? 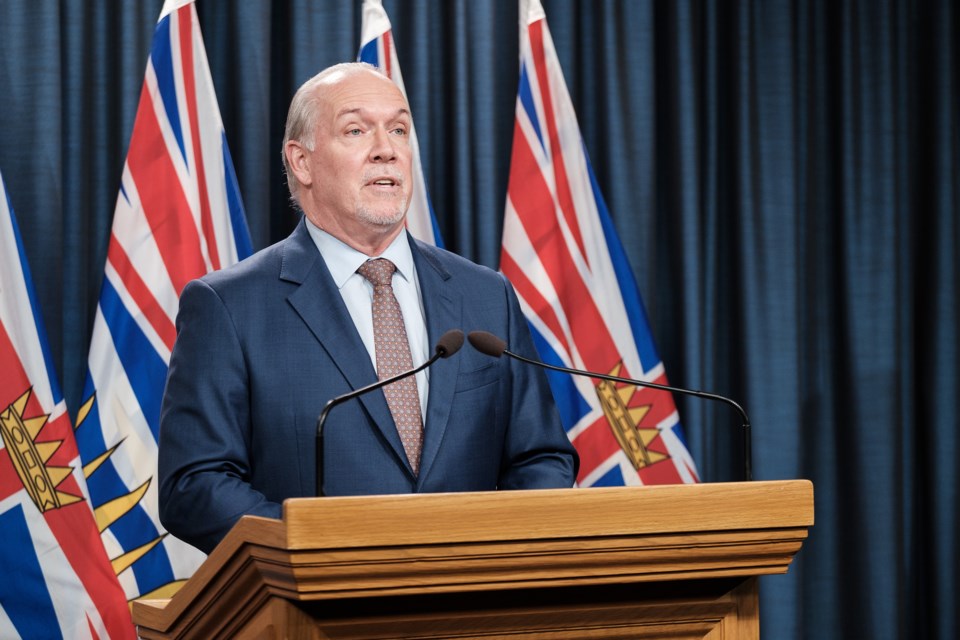 Premier John Horgan has invited voters to 'render judgment' on his government's performance with a snap election call for Oct. 24. BC Gov Flickr.

British Columbians are set to head to the polls on Oct. 24, but the snap election campaign ahead—in the midst of a global pandemic—will be unlike any voters have seen.

While you’d likely have to go back to the early 1920s to find a historical comparison, other jurisdictions have held elections in spite of COVID-19, including New Brunswick, noted Stewart Prest, lecturer in political science at Simon Fraser University.

“So it’s clear that it is possible to continue on politics in a modified format, but some things do have to change,” he said.

While many have criticized John Horgan’s NDP government for the snap election call, saying the government is cynically trying to capitalize on strong poll numbers, “when we’re thinking about it on another level, there is a principle that we want our democracy to continue even in the midst of crisis, right? We still want to be able to hold leaders to account,” Prest said.

“And so if the NDP chooses to … put their own head in the noose, or step into the docket and invite judgment upon their performance, including the decision to [call the election], then we should all take it as an opportunity to render judgment.

“And everyone will have to live with the result, including the NDP.”

“I think what I will be watching is whether this politicizes the pandemic response. My main concern is with continuation of governance,” Cameron said, adding that the spirit of common cause shown throughout the province during the pandemic is something he has really valued.

“I’ll be watching the election just to sort of see what it does to the tone and tenor of government, and with the concern for what the parliament will look like afterwards, and whether that spirit of compromise and working together will continue.”

The truncated campaign could mean traditional issues-based election discussions will be boiled down to a single, ballot-box question: who is best to lead British Columbia’s post-pandemic recovery?

“I think the premier would like it to be a referendum on how well we’re doing, and the opposition will go to the things that they can try to identify as issues that their voters or the electorate at large might be concerned about, and we’ll just have to see whether they can get traction on any of that,” Cameron said, pointing out that the Liberals have already brought up the speculation tax as one point of contention.

“No doubt that’s something that will be an issue, and there may be others, but it will be interesting to see what emerges in the campaign as the issues that the Liberals feel they have an advantage on.”

Whistler voters may be wary to hear Horgan re-up his promise for $10-a-day childcare, but Maxwell noted the NDP actually has a solid record on its promises to date.

“But that begs the question then, why do we need an election?” he said, adding that the NDP’s supply and confidence agreement with the BC Greens has been the basis of a solid relationship over the past three years—and healthy for democracy as a whole.

“What the research shows is that minority governments, or governments that have some sort of supply and confidence arrangement to provide them with enough votes to govern, tend to be highly responsive to the electorate, because they are living precariously,” Cameron said.

As of Pique’s weekly press deadline, three candidates were confirmed for the West Vancouver-Sea to Sky riding (which includes Whistler): incumbent Liberal MLA Jordan Sturdy, NDP candidate Keith Murdoch and Green Party candidate and Whistler resident Jeremy Valeriote (also a board director for the Association of Whistler Area Residents for the Environment).

“I am running as a B.C. Green Party candidate for my twin six-year-old daughters,” he said. “I am prepared to work as hard as I ever have to make sure that both the public health, and the planet’s health, are strong, safe and stable for my daughters to bring up their own kids and grandkids.  Now more than ever, we need to do politics in a kinder, more collaborative and inclusive way.”

Nominations close at 1 p.m. on Oct. 1, after which a full list of candidates will be posted online at elections.bc.ca.

Check back with Pique for interviews with all candidates, and tune in to Whistler’s virtual all-candidates meeting on Oct. 15.

While early snap polls show the NDP with a “pretty comfortable” lead, “these are volatile times, so I don’t think anyone is going to conclude that that is a surefire outcome just yet,” Prest said, adding that at the end of the day, democracy can survive a pandemic.

“Voters, they may be cranky, and so that is the risk the NDP is taking,” he said.

“So now we’re going to have a fulsome debate about which party really is best positioned to govern the province in the next up to four years.”