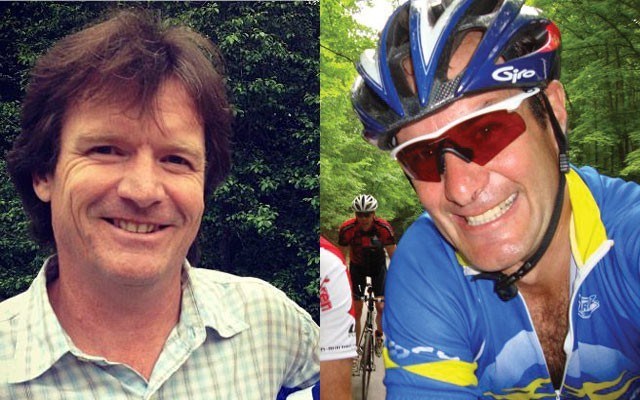 LAWSUIT LAUNCHED The wife of Ross Chafe (right) has filed a civil claim against the allegedly drunk driver of a car that hit and killed her husband in May. Chafe was cycling near Pemberton with friend Kelly Blunden, left, who was also killed in the accident along with a passenger in the car Paul Maurice Pierre Jr. PHOTO BY DAVID BUZZARD/WWW.MEDIA-CENTRE.CA

The wife of Whistler cyclist Ross Chafe, who was killed in a May 31 collision by an alleged drunk driver, has filed suit against the driver and owner of the vehicle, seeking damages.

Chafe was killed in a crash that also claimed the life of Whistler's Kelly Blunden while the pair were cycling along Highway 99, north of Pemberton.

The front-seat passenger in the vehicle, Pemberton's Paul Pierre Jr., was also killed.

Bussieres claims her husband's death was caused or contributed to by Alec's negligence, by operating a vehicle while intoxicated or otherwise impaired, by driving without due care and attention, and driving at an excessive or improper rate of speed.

She's seeking damages in relation to losses suffered by her and her three daughters, who are between the ages of 11 and 17, including loss of support, loss of household assistance, loss of inheritance and loss of guidance and companionship of their husband and father.

Funeral and memorial service expenses are also being sought.

The suit was filed by Whistler mayor, and lawyer, Nancy Wilhelm-Morden.

Alec was arrested Aug. 14 and charged with 10 counts, including three counts of criminal negligence causing death, impaired driving causing death and failing to remain at the scene of the accident, according to the RCMP.

The suit also names the Chevrolet's owner, Carmen Ned, and alleges that she caused or contributed to Chafe's death by failing to properly repair or maintain the vehicle, and by consenting to allow Alec to drive the car while knowing "he was incompetent to drive by reason of impairment by alcohol or other intoxicants."

A statement of response had not been filed by press time.