Wine'd Up raises over $90,000 for Whistler Search and Rescue 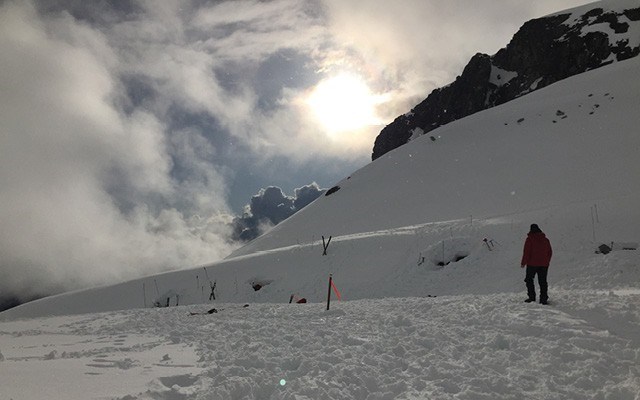 A FAILURE TO COMMUNICATE A $300,000 upgrade to Whistler Search and Rescue's communications system is expected to significantly improve rescue capabilities across the Sea to Sky. file photo

"It really means the world to us," said WSAR president Brad Sills of the community's generosity. "We couldn't exist without that kind of support."

Now the organization's major focus is on funding the second phase of a $300,000 communications upgrade that will dramatically improve its backcountry rescue capabilities.

Funding for the project's first phase, which covered the replacement of repeater towers atop Whistler and Sproatt mountains, has been completed. The work will improve communication coverage by linking existing Whistler and Callaghan Valley sites.

Phase 2 involves erecting a new tower in the upper Cheakamus Lake region, a remote area of Garibaldi Provincial Park. It's estimated cost is $200,000.

With the "explosion" in popularity of backcountry recreation, Sills said it's essential that Whistler rescue personnel be able to communicate with each other effectively.

"Back in the day we were glad to have any kind of communication," he said. "Now that we have teams working one incident while things are going on somewhere else, it just makes it a whole lot easier for everybody to be informed at one time of what's going on."

Prior to the upgrades, Sills estimated about 40 per cent of the rescues performed by WSAR occurred in areas without communication capacity.

As a community, Whistler is extremely supportive of its search and rescue personnel, Sills said, but that's not the case for many of the other 80 SAR groups across the province.

"When we go to mutual aid calls, it tears at your heart a bit to see guys standing out in the rain in their own personal gear that's kind of old because they're afraid their new stuff is going to get wrecked," he said.

The funding model for B.C. SAR groups has come under fire in recent years, with some calling for the province's roughly 3,000 volunteers to be compensated for their efforts.

It's a dialogue Sills expects to continue into the foreseeable future.

"There is a real need for somebody to come up with a stable funding plan for a lot of teams," he said. "A lot of the teams do without."