Winter transit service to be extended until April 3 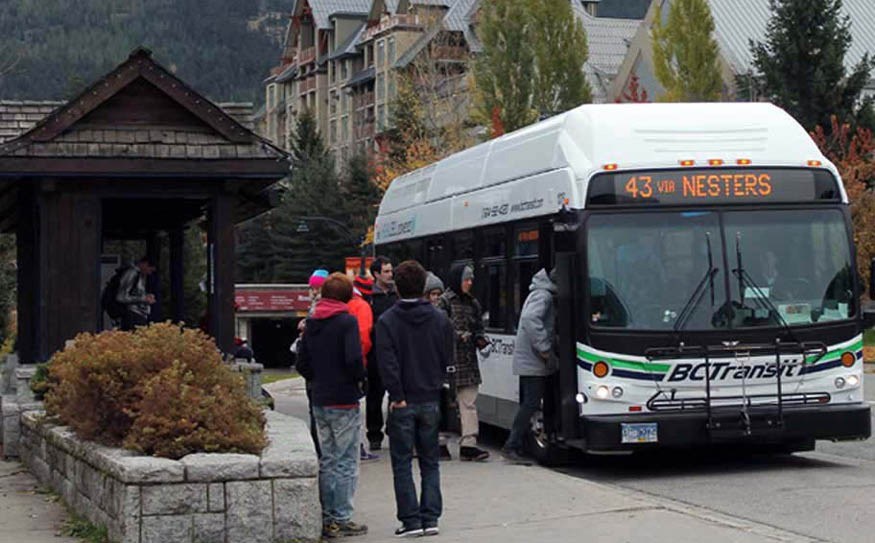 Typically, the winter schedule changes over following Easter Monday, which falls on March 28 this year. Factoring in strong visitor and rider numbers in the resort, the Resort Municipality of Whistler and BC Transit have decided to extend winter service until the end of the Whistler Cup downhill competition.

Whistler Blackcomb will also pitch in by extending its late-night and early-morning free shuttle, Route 7-Staff Housing, during that period.

“I applaud this nimble approach by the RMOW, BC Transit and Whistler Blackcomb to adjust the transit schedules so that we can meet the demands of our guests and residents through until the beginning of April,” said Whistler Mayor Nancy Wilhelm-Morden in a municipal release. “The success of the Staff Housing bus service continues to be a reflection of the partnership between the RMOW, Gibbon’s Hospitality, the Fairmont Chateau Whistler, Maxx Fish, Moe Joe’s, Kokanee and BC Transit. Extending the days of service will have a positive impact on the resort and the safety of Glacier Park residents.”

There’s been no word yet on the future of the No. 7 bus, which was implemented in part as a way to cut down on pedestrians walking along Highway 99 afterhours.

Transit service levels will be reduced as of April 4, the first day of Spring/Summer/Fall service. However, some extra trips on specific routes will be added to the schedule between April 4 and 17, as well as during the early-winter period of Nov. 19 to Dec. 9, 2016.