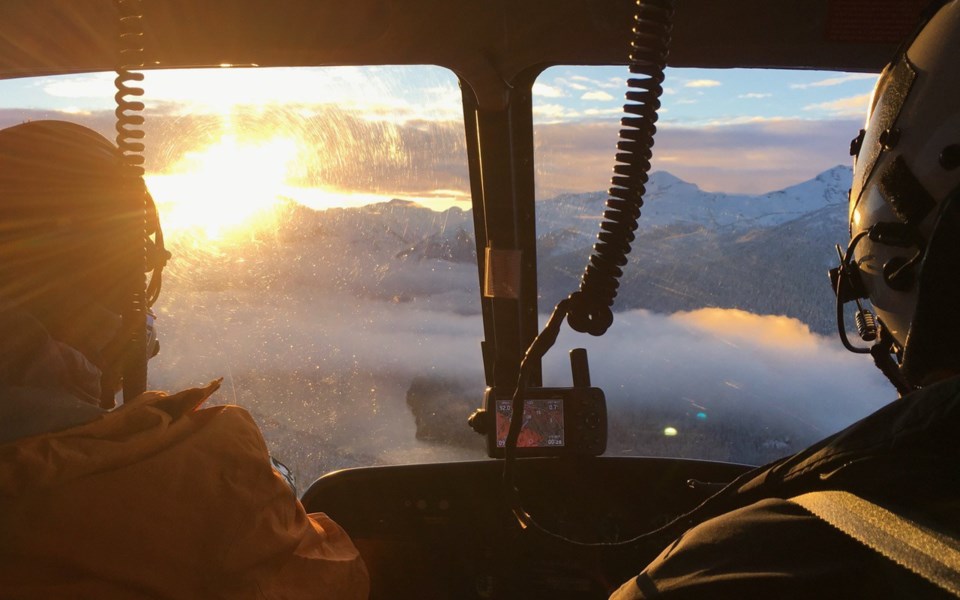 Whistler Search and Rescue (WSAR) has seen a 22-per-cent increase in emergency responses over the past year.

Between March 7, 2017 and March 4, 2018, the volunteer organization mobilized 56 times, up from 46 the year prior, and 36 in 2015-16. The rise reflects the surging popularity of backcountry recreation, said WSAR manager Brad Sills.

"Certainly usage in the backcountry is a huge factor, and backcountry skiing has probably grown tenfold, as has snowmobiling," he noted.

Snowmobiling remained the No. 1 cause for emergency response, with 11 callouts, including one fatality, and was the "single largest contributor to trauma by activity," according to WSAR's annual Manager's Report. That was followed closely by ski mountaineering, which resulted in 10 emergency responses. Out-of-bounds skiers (eight), hiking (eight), and mountain biking (seven), were also near the top of the list.

Powder Mountain Snowmobile Club president Nelson Bastien said the high volume of sledders heading into the backcountry has to be taken into account when considering WSAR's statistics. This winter, he said the club has officially recorded roughly 1,400 snowmobile trips into the Brandywine area alone—and he believes the actual figure to be closer to 1,800.

"That's a hell of a lot of people," Bastien said. "But the amount of people (requiring WSAR assistance) by percentage is pretty damn small."

According to a 2017 BC Coroners Service report, snowmobiling accounted for nearly half of the 210 fatalities linked to winter activities between the 2007-08 and 2015-16 seasons. (Skiing accounted for a third, while snowboarding made up 12 per cent of the deaths in that span.) Given the popularity of snowmobiling, Sills said he'd like to see local sledders take a page out of the skier's handbook to improve the sport's safety.

"Snowmobiling is still a very formative sport, and they've not adopted safety protocols that other recreational user groups have. I would say it's high time that snowmobilers started a system similar to ski patrol," he urged. "Their numbers are at that level now, and these clubs should have a capacity to render first aid to the snowmobiling public."

Search-and-rescue crews are also having to cover more ground as recreational users spread into new terrain. An alpine trail network completed in 2016 on Rainbow and Sproatt mountains, for instance, was a factor in the increase in mountain-bike-related responses, the report showed.

"We had a real spike last year," Sills said.

Sills met with representatives from the municipality and the Whistler Off-Road Cycling Association (WORCA) to discuss creating "a number of harm-reduction strategies" for the area. It was eventually decided that a Sproatt alpine ranger would be installed between July 1 and Oct. 15, in addition to the ranger that has been working at the One Mile watershed for the past two years. The rangers are responsible for trail maintenance, data collection, public education and enforcement, and administering first-aid. The two positions will be funded with $30,000 out of the RMOW's operations budget.

"I think the RMOW led a really good example in recognizing that ... when you create a venue in the backcountry, you have to accept some of the responsibility for public safety that goes along with it," Sills said.

Powder Mountain, the backside of Whistler Mountain, and the RMOW municipality were the areas with the highest number of WSAR responses last year, at nine each, followed by Sproatt Mountain (seven), and the Spearhead Range (six). No other identified area saw more than three emergency callouts.

The calls were more evenly distributed throughout the calendar than in past years, Sills said, which speaks to Whistler's emergence as a year-round destination.

WSAR is also seeing a shifting demographic in the individuals it helps. A decade ago, search-and-rescue responses were more heavily weighted towards males between the ages of 15 and 24. While young adults still make up a significant chunk of the callouts, the older demographic is on the rise, with those aged 31 and up accounting for roughly 41 per cent of responses. WSAR is also seeing females in larger numbers; they represented approximately 40 per cent of the individuals involved over the past year.

Of the 63 subjects involved in WSAR responses last year, 11 were local-area residents, 15 were from elsewhere in B.C., 15 were from out of province, and 22 were foreign nationals.