Charity organization is looking to expand and diversify with help from royal roads
Oct 24, 2018 6:02 PM By: Joel Barde 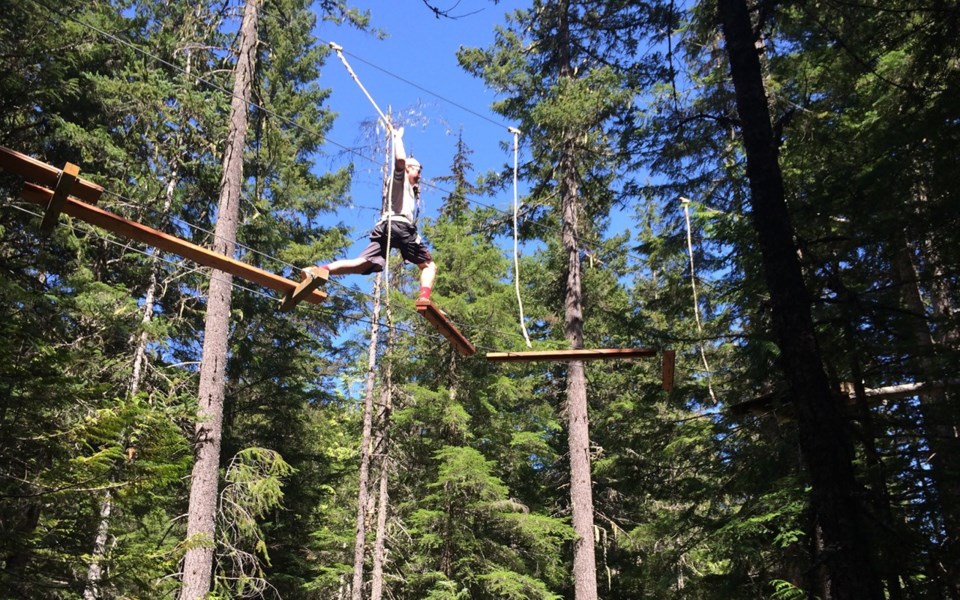 By now, the charity Zero Ceiling is familiar to many in the community.

The organization provides young people who have experienced homelessness with the opportunity to spend a year living and working in Whistler, giving them the support they need to succeed.

The organization, however, is at something of a crossroads. After years of working exclusively with just Whistler Blackcomb (which continues to be a strong partner under Vail Resorts' leadership), Zero Ceiling is looking to work with other businesses and increase participation levels.

To help analyze its options, evaluate its operations, and chart a course for the future Zero Ceiling has linked up with a researcher from Royal Roads University, who has been studying the program.

According to Jo Axe, one of three researchers involved in the study, Zero Ceiling offers a unique opportunity to youth who are aging out of provincial care and are therefore at risk of homelessness.

"I think there are specific types of kids that this program appeals to," said Axe. "There are options for kids—but nothing like this."

Axe's work with the program began last year after a former student—Chris Wrightson, Zero Ceiling's co-executive director—sent her a note asking if she knew anyone who could evaluate the program.

One of Axe's early observations is that Wrightson and fellow co-executive director Sean Easton have been serving as the main sources of support for program participants.

Zero Ceiling is "very resource-thin" and could use increased levels of funding, said Axe. "If something happened to one of them, it would create a lot of pressure on the other."

Axe is also advising Zero Ceiling to look at diversifying the businesses it works with.

"It's difficult if your focus is only on one employer, and that employer provides housing," said Axe. "Diversification is one of the recommendations that came out of the first round (of research)."

Axe recently met with a group of local employers in Whistler to determine their needs and see if Zero Ceiling participants would make a good fit.

"Chris (Wrightson) managed to find several people who were potential employers, and we had a conversation about what their needs might be, and what they perceive as potential barriers," said Axe.

Wrightson said that she believes that the research will bring "more rigour" to Zero Ceiling's operations.

"It's helping us expand the program in a really well-thought-out way," said Wrightson, noting that the program supports eight participants on an annual basis.

"They did the methodology differently this year, and they found out that there was double the number of young people who were homeless than they had previously thought," said Wrightson.

"There are 681 young people sleeping rough (in Vancouver) on any given night."

Wrightson said that housing continues to be a challenge for Zero Ceiling participants who decide to stay.

"I would say one of the things we help out most with is helping out with housing issues," said Wrightson. "Like (for) any other young person in Whistler, it's an ongoing problem."

Yet despite all the challenges she's heard about, Axe said that she still feels that Whistler is an excellent location for Zero Ceiling to operate.

Easy access to the natural world does the body and mind good, she explained.

"It's very healing to the soul," said Axe.