Back to school again

Big news from the Cannes Film Festival this week: the Wyld Stallyns ride again! That's right, both Keanu Reeves (John Wick , Point Break ) and Alex Winter ( Lost Boys ) are on board, and pre-production has started on a third Bill & Ted instalment
May 9, 2018 6:00 PM By: Feet Banks 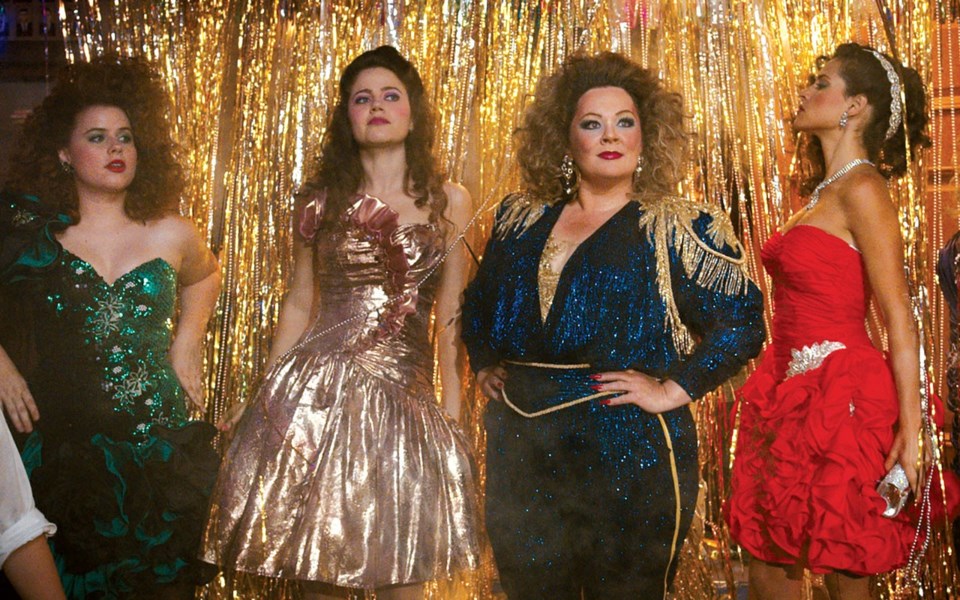 party people Melissa McCarthy's latest film is Life of the Party , in which she plays a middle-aged mom heading back to college. Courtesy of Warner Bros. Pictures

(John Wick, Point Break) and Alex Winter (Lost Boys) are on board, and pre-production has started on a third Bill & Ted instalment entitled Bill & Ted Face the Music.

If you're too young to recall, Bill S. Preston, Esq. and Ted "Theodore" Logan were time-travelling metalheads who once outsmarted death, saved the future, got the girls, and aced their history presentation. They were also the greatest late-'80s stoner characters this side of Spicoli, so the interwebs are quivering with the idea of not only more Bill & Ted, but also a return to form for Keanu Reeves, a uniquely celebrated acting talent who long suffered under a "duuuuuude, whoa..." image. (And rightly so, he's the best at it.)

This flick is a long ways out and will likely drop sometime next year, the 30th anniversary of the duo's first Excellent Adventure. If you don't know Bill & Ted, get on it. This is huge.

Back in the current time/space continuum, the 156-minute Avengers: Infinity War is still ruling the box office (over $1 billion worldwide) and playing on most of the screens at the Whistler Village 8. Personally, I've always preferred the solo Avenger flicks over the crash-boom-jangle of the team pictures. Superhero ensemble flicks are often plagued by a lack of characterization and depth so with 19 superheroes in this one (pretty much all of Marvel is there except for the Punisher and Howard the Duck) it's tricky to find any real sustained groove in Infinity War.

And rightly so, it's essentially impossible for a film with that many moving parts to measure up to the tight plotting and action of Captain America: The Winter Soldier, or the comedic timing of Thor: Ragnarok, or the culturally groundbreaking awesomeness of Black Panther. Instead, Infinity War is 2 hours and 40 minutes (cause you gotta stay for the Easter egg at the end of the credits right? I don't) of flimsy subplots, CGI spectacle and a recurring urge to go watch a gritty, independent crime flick on Netflix (Proud Mary anyone?). But more importantly, who do you think would win in a fight­—X-Men vs Avengers...?

Also playing at the Village 8 this week, Melissa McCarthy (Bridesmaids, Spy) takes out the recycling and channels her inner Rodney Dangerfield and goes "back to school" in Life of the Party. There were no pre-screeners for this one, but McCarthy plays a recently single housewife/mother who "turns regret into reset" by going back to college.

Does she end up in the same school/class/parties as her daughter? You betcha. Does she get inadvertently high on drugs? Of course. Walk of shame? Check. McCarthy co-wrote the script with director Ben Falcone, who has been in some funny movies (Smiley Face) but has yet to make one. McCarthy can carry a picture but I'd proceed with caution on this one.

Double that for I Feel Pretty, the latest Amy Schumer flick about a self-conscious woman who suffers a head injury at the gym and wakes up convinced and confident that she's so supermodel-gorgeous her life can't help but be amazing. Schumer is a talent: witty, fearless, and socially conscious ... when she writes her own stuff (The Life of Amy Schumer, Trainwreck, and her stand-up comedy are all tight).

With lesser talents on the keyboard, however, she has faltered recently. And that is certainly the case here. You can see the message writer/director team Abby Kohn/Marc Silverstein (Valentine's Day, Never Been Kissed) were going for (inner beauty forever!), but they simply don't possess the nuance (or gusto) needed to pull an enlightening comedy out of a bunch of fat-shaming jokes with a tagged-on, faux-moralizing ending. Schumer is always good, everything else about this one is not.

And If you haven't checked it yet, A Quiet Place is still playing. It's tense, tight, and about the end of the world. Get some.