Who do you think would win in a fight? Batman or Superman? It's an age-old schoolyard debate that has started more than a few bouts of fisticuffs over the years but comicdom's mightiest query finally gets its day on the silver screen with this week's
Mar 23, 2016 6:00 PM By: Feet Banks 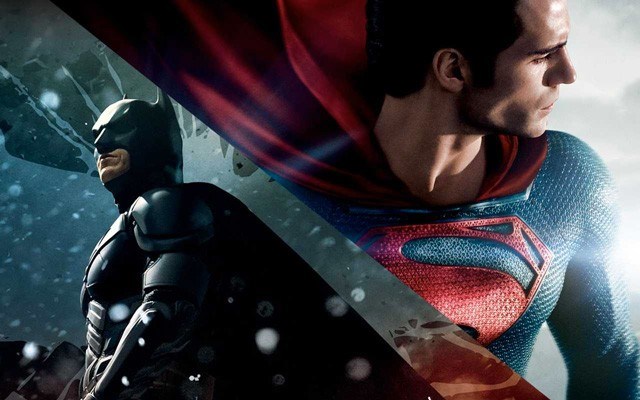 Who do you think would win in a fight? Batman or Superman?

It's an age-old schoolyard debate that has started more than a few bouts of fisticuffs over the years but comicdom's mightiest query finally gets its day on the silver screen with this week's opening of Batman v Superman: Dawn of Justice.

To be fair, director Zack Snyder had the odds stacked against him: the list of filmmakers who tried and failed to bring these two caped crusaders together on celluloid includes J.J. Abrams, McG, and George Miller. And with a controversial Ben Affleck playing Batman and super-forgettable Henry Cavill back (again?!) playing Superman, it almost seemed like Snyder (Watchmen, 300) would need superpowers to turn this simple six-year-old-kid premise into a viable motion picture, let alone one that DC hopes to hang the future of their universe on...

He finished the job, so give him credit for that, but the movie kind of blows and a huge part of that problem is in the script and the scope. Snyder, never one to be subtle himself, is working within a bloated story designed to set up The Justice League franchise series, while also culling the best parts from Frank Miller's Dark Knight Returns comic climax (they got Batman's costume right, at least) while simultaneously acting as a logical sequel to the last god-awful Superman movie.

Affleck and Cavill are the least of the problems here. In a movie that's supposed to pit two titans against each other it's Batman, by himself fighting bad guys, who steals the action with the best fight sequence in the entire flick. And while the early minutes of the script hint at larger themes of the dangers of absolute power and the absolute power of fear, Dawn of Justice never takes them to the light of day. It's all very dark and brooding, (brooding is so hot right now): does Superman owe us anything? Is Batman really any different just because human blood pumps in his (aging) veins?

Rather than examine those tangents, everything is quickly swept under the rug in favour of a wacky plot involving a young (but crazier than ever) Lex Luthor (Jesse Eisenberg) and a whole shitload of visual and narrative chaos. The more the titular heroes pick away at each other, the less super it feels. Sadly, a film about Batman fighting Superman is actually not that exciting, (and a scene where these guys get on a motorcycle and jump over a shark wouldn't have been that out of place). The real star is Wonder Woman (Gal Gadot), who thankfully shows up and literally saves the DC universe. She's cool, she kicks ass, and she'll get her own movie in 2017. Until then, hopefully Suicide Squad can salvage some superhero dignity.

On the other end of the cinematic spectrum, My Big Fat Greek Wedding 2 is also opening at the Whistler Village 8 and here is a list of reasons why I don't care: 1) the original was a lightning-in-a-bottle success that couldn't be replicated even if it wasn't 14 years later. 2) It's 14 years later. 3) Did I even see the original?

Forget backstory or boring origins, Pee Wee is who he is and the story revolves around leaving the safety of hometown Fairville to finally see the outside world, warts and all. It's an unnecessary rehashing but Pee Wee's Big Holiday succeeds because Pee Wee hasn't changed, or tried to change — he is who he is. (He's also in a movie produced by Judd Apatow and directed by John Lee, who does Inside Amy Schumer, that helps.)

That actor Paul Reubens hasn't seemed to age at all in three decades is simultaneously creepy, amazing and totally engaging. And considering we live in a town where "The Manboys" are among the most respected and worshipped members of the community (and rightly so), Pee Wee ought to have a bronze statue in town square and a special reserved seat on the town council.

He could solve our housing crisis (everyone can live in Playhouses built out behind the empty mansions!) and deal with the labour shortage too (forget people, just build more robots!) Pee Wee wins by technical knockout.