Nostalgia is a funny thing. In my mind I recall having a few chuckles at 2011's Horrible Bosses (it was one of the last flicks I watched at the Squamish Cinemas before they closed down and became that community's third Dollar Store).
Nov 26, 2014 5:00 PM By: Feet Banks 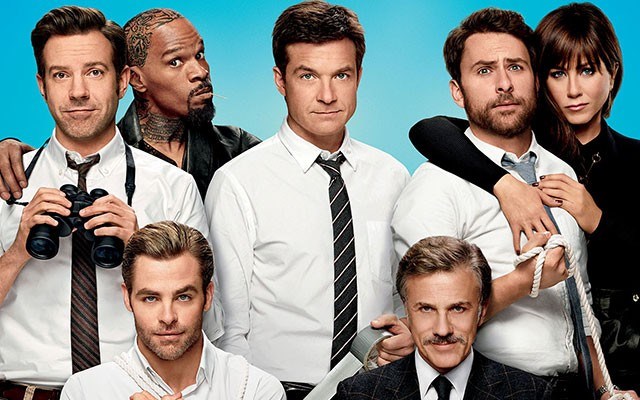 Nostalgia is a funny thing. In my mind I recall having a few chuckles at 2011's Horrible Bosses (it was one of the last flicks I watched at the Squamish Cinemas before they closed down and became that community's third Dollar Store).

But a quick search of the old "Notes" turns up this review:

I guess it was the movie theatre I liked, not the movie. The rest of the movie-watching public, however, felt differently. That crap heap made over $200 million so there's another batch of stupid comin' atcha this week when Horrible Bosses 2 opens at the Whistler Village 8. And it's even worse the second time around.

The three idiots — played again by Charlie Day, Jason Sudekis and Jason Bateman — are their own bosses now, having invented a showerhead that also dispenses shampoo. After having their idea jacked by the rich guy they thought was helping them (Christoph Waltz), the stooges attempt to kidnap his son (Chris Pine) and it all goes screwball from there.

How will the crappiness of Horrible Bosses 2 affect her Oscar chances? Astute movie fans might recall Norbit, the Eddie Murphy-in-a-fatsuit movie that was all over theatres while he was up for awards for Dreamgirls. Eddie didn't win.

The other new film this week is not a sequel but rather a spinoff. The Penguins of Madagascar get their own film, apparently the popular little buggers are also super spies and this week they team up with a covert operation called "the North Wind" (an Arctic wolf, a polar bear, a snowy owl) to save the world from a villainous octopus voiced by John Malkovich. Kids will obviously like it because kids like anything with colours and motion, but the more discerning animation fans might not be as impressed. Dreamworks is still milking the meta, in-joke Shrek formula when they should be working on plot and pacing. Wise parents will choose Disney's Big Hero 6 over this one.

The Downloads of the Week come on recommendation from the always dependable Ace Mackay-Smith. Artifact is a documentary about uber-symetrical film star Jared Leto (Requiem for a Dream, Dallas Buyers Club) and his rock band 30 Seconds to Mars as they battle their record label EMI through a $30-million lawsuit while recording an album.

The flick transcends the standard rocker vanity film however, and offers a disturbing look at how the music industry operates (the artist always gets screwed) and how the big labels are unable to adapt their business model to meet changing times and technology (Hint: suing your own artists is not the answer).

Artifact, thankfully, doesn't contain too much of 30 Seconds to Mars' emotional yodeling and instead plays out as a pretty interesting glimpse at the inner workings of a failing machine. It's available on Netflix.

On the other side of the industry, Our Vinyl Weighs a Ton: This is Stones Throw Records. Kickstarter crowdfunded, this doc shows the other side of the music industry — a boutique label run by passionate musicians who care deeply about what they produce and with whom they work. Hip-hop fans will take more from this one but it's still a nice counterpoint to the major label douchebaggery on display in Artifact and an inspiring look at how things work when money and greed is not the only motivation. Find this one on iTunes.

Whistler Film Festival starts next week. Get your tickets and be thankful Whistler has theatres, not dollar stores.