As humans we have a long tradition of sitting in the glow of a fire telling ghost stories, especially during the coldest, darkest days of late December. Apparently, Christmas ghost stories were big in England during the Victorian era.
Dec 21, 2016 5:00 PM By: Feet Banks 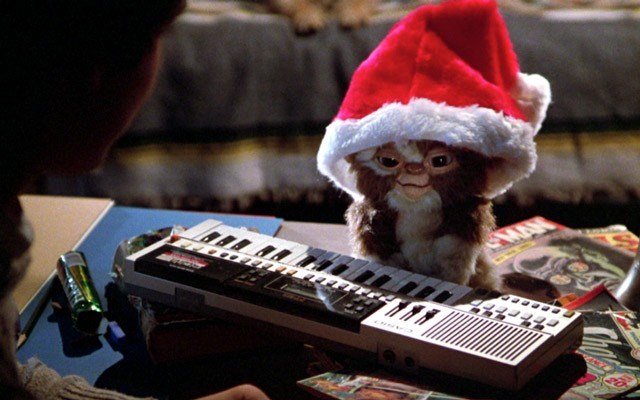 As humans we have a long tradition of sitting in the glow of a fire telling ghost stories, especially during the coldest, darkest days of late December. Apparently, Christmas ghost stories were big in England during the Victorian era. Charles Dickens' A Christmas Carol is only the most popular of such tales, but the English used to gather together this time of year to stay warm, get sauced on nog, and listen to ghost stories read aloud.

These days we watch movies over the holidays, ideally as a family and hopefully with nog factored into the mix. And while they are not always ghost stories, the Christmas horror genre is alive and well with flicks like Christmas Evil, Black Christmas, Santa's Slay, Santa Claws or (kinda) Edward Scissorhands.

In this vein, the greatest Christmas movie ever is Gremlins, Joe Dante's 1984 creature horror/black comedy about a small town overrun by green wiry demons with an appetite for anarchy. Produced by Steven Spielberg and written by Chris Columbus, Gremlins slid anti-consumerism messages into a Christmas tale chock full of solid actors (including Phoebe Cates!), cute (and chaotic) monsters, ground-breaking special effects (microwave deaths!) and the kind of dark humour that '80s movies seemed to do so much better than the majority of stuff released nowadays.

Canadian-made, Treevenge is a staple at my Christmas celebrations. Just 16 minutes long, it's a short environmentalist horror and a great way to make holiday guests think you're strange. John Carpenter's The Thing (which wasn't really a Christmas movie but there was a lot of snow and isolation) also charts, but the best flick for the season is Stanley Kurbick's The Shining, which not only touches on holiday-centric themes of alcoholism and the dangers of too much family, but also works as one of those Victorian-era firelight ghost stories, with a happy ending no less. Give Jack Torrance a try this Christmas eve

Ghosts of The Shining also haunt the big Christmas blockbuster opening this week at the Village 8. Passengers stars Chris Pratt as a dude put into suspended animation for a 120-year space voyage to populate a new planet with 4,999 other people. But something happens and he wakes up just 30 years in and is unable to go back to the sleep state. Stranded in a massive sci-fi paradise with only an Overlook Hotel-esque robot bartender as a friend, Pratt lasts about a year (89 left to go!) before he decides to wake up the cutest girl he can find, Jennifer Lawrence. Since they don't have the technology to go back to sleep, this means he essentially murders her and steals both her future and her dreams. That Lawrence doesn't realize his deception drives a cute bit of romance, rather than a hard-edged sci-fi about isolation, the nature of evil, and human morals in the face of inevitable death, Passengers charts a course for safety, the familiar, and a third act that is insulting and ridiculous. Lawrence and Pratt are always watchable, but Passengers plays it way too cheesey and tries to please everyone, shooting for a Titanic meets Wall-E vibe when it could have been The Shining meets Demon Seed. Intergalactic Fail.

Also opening, Assassin's Creed, a video game movie that genre-blends time-travel and virtual-reality-sci-fi with a swords-and-sandals-action-adventure, to limited results. Assassin's Creed has phenomenal European actors (Michael Fassbender, Marion Collitard and Jeremy Irons) playing boring characters running along the rooftops of a crêpe-paper plot. Full of CG spectacle, as a storytelling vehicle this one is absolute shit, which means it's also kind of fun if you just want some saturated light and good holiday slow-motion ass kicking.

Speaking of kicking ass, the punk-rock documentary this week is actually two docs that compliment each other nicely. A Fat Wreck looks at the 1990s punk record label Fat Wreck Chords, arguably one of the most prolific lables of any genre in the past 30 years. Run by NOFX's Fat Mike and his ex-wife, Fat Wreck Chords embodies the DIY/give-no-shit punk ethos and shows that as long as everyone stays real and no one gets greedy, everyone can make a living.

The other doc is One Nine Nine Four, name checking the year Green Day released Dookie and rocketed punk into the mainstream. The doc explores the conditions leading up to that tipping point, and the fallout (and millions of dollars) that came afterwards. From Operation Ivy to The Offspring, the late '90s were interesting times for West Coast punk, and together these films give detailed, if different, perspectives on the pop-punk explosion, whether you liked it or not.