Farewell to a music legend (and Quarantino, Part 3) 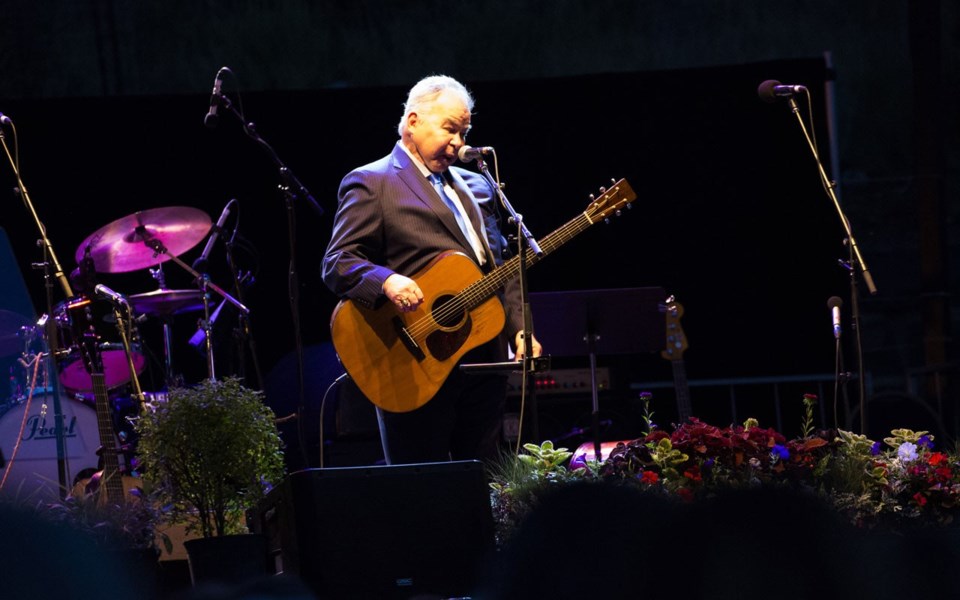 Movies are nice, they certainly add value to our lives—but they're not music. You can't watch Casino while you work that office job (or Office Space while you deal cards at the casino), loud movies on a long solo drive won't help heal a broken heart, and a night at the theatre rarely creates the same vibe as a live concert.

Movies require fancy equipment and idle time, but music, sweet glorious music, is always there for us. It's the most accessible of any artform, and probably the most important.

Music took a hit this week, when the virus took out singer-songwriter John Prine. He wrote songs unlike anyone else, with characters, emotions, and narratives so rich they felt cinematic. John Prine wrote movies for our ears.

He was in a movie once, playing a small part in the 2001 Billy Bob Thornton vanity project Daddy and Them, which is apparently pretty awesome, but hard to find. (Prine wrote the amazing song "In Spite of Ourselves" for the flick.) Sony Pictures also owns the rights to a documentary tentatively titled John Prine: Hello in There that's been in "post-production" for more than a year.

Let's hope that comes out sooner than later. Until then, crank up the volume and pour some of your quarantine whiskey on the block for one of the greatest. RIP John Prine.

In movieland, everything remains ground to a halt, but this month, the CBC kicks off Hot Docs at Home, an attempt to adapt North America's largest documentary film festival into an online reality. Featuring tons of new films, as well as livestreamed Q&As with filmmakers, Hot Docs at Home kicks off Thursday, April 16 at 8 p.m. on CBC and its streaming service CBC Gem.

Back on your couches, Quarantino rolls into Week 3 and we're finally getting to his first movie as a director, Reservoir Dogs. The original plan was to burn all Tarantino's True Romance money and shoot a $30,000 16mm flick with Quentin and his actor friends starring, but after Harvey Keitel got his hand on the script, he joined as the co-producer and they were able to scratch up around $1.5 million. Keitel even paid for Tarantino to do a casting session in New York (which netted them Tim Roth, Michael Madsen and Steve Buscemi—so, smart move).

Shot in 35 days in the summer of 1991, Dogs is simple tale about a jewelry heist gone awry. The film was not a hit during its theatrical run due to its violence (the worst of which—the infamous ear-cutting scene—isn't even shown in detail).

However, critics, and video renters, were drawn to the dialogue—beside the 272 f-words and (again) casual racism, movie characters had never really talked like this before. With rants on tipping, Madonna and dicks, or which black actress resembled the hot chick at their local bar, Tarantino brought pop culture into the movies in a huge (and later much-imitated) way.

In an interview, he explained that this style was a push towards realism. "Most of us don't talk about the plot of our lives," he said. "We talk around things, we talk about bullshit."

In fact, Tarantino's first three flicks can be considered his realism era, set in his hometown of L.A. featuring tough-guy characters who jive talk in a manner you can imagine a Los Angeles native would have grown up with.

Everything got a lot more poetic once Jackie Brown was in the can, but we are getting ahead of ourselves.

The other thing about Reservoir Dogs is how much it does with so little—just a handful of characters, but each given huge backstory, two main locations, the actual robbery is never seen (cheaper to film), in 99 minutes—it could have been a stage play (and apparently that crossed Tarantino's mind). The super sounds of the '70s soundtrack, anchored by Steven Wright as the K-Billy DJ, was another huge win, and we'll talk about Quentin's record collection next week.

To close out Reservoir Dogs, we need to look at how it honours the art of the story and storytelling. While preparing cop Tim Roth to go undercover, Randy Brooks' mentor says, "The details tell the story...You gotta know every detail there is to know about this commode...take all them details and make them your own. While you're doing that, remember that this story is about you and how you perceived the events that went on. The only way to do that is to keep sayin' it, and sayin' it and sayin it..."

That's as close to a Tarantino screenwriting course as we are gonna get. And he gave it up in his first frickin' movie.

All right ramblers, let's get rambling...next week is Pulp Fiction.