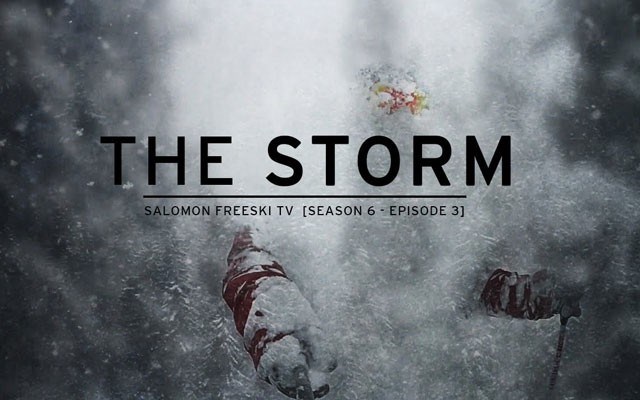 Whistler's ski and snowboard community makes a perfect movie in many ways.

It's a buddy comedy, an action thriller with a killer soundtrack, a drama and every so often a tragedy.

The Whistler Film Festival turned hyper local at the Whistler Museum on Sunday, Dec. 8, bringing together a panel of old-school filmmakers from the resort's early days.

Christian Begin led off, showing clips from an early film Locomotion before telling the story of Ski Bums, an iconic flick featuring some of Whistler's most talented ski and film characters.

Ski Bum's crew didn't know what they had for several months after filming wrapped.

"Back then, you had to do a film transfer — you had to go to Vancouver with your film and get it transferred to speed tape before you could watch it," says Begin.

Director Johnny Thrash had a National Film Board grant and the team needed to get it to the editors in Vancouver as part of the deal. They had one day.

"The day we had to go down it was snowing hard and Johnny was so amped up and nervous, he lost his mind," Begin recalls. "I said to him, 'look, we're going to miss the transfer, the highway is going to be closed... We're making a movie called Ski Bums and we're skiers. So let's go skiing."

They filmed some of that epic powder day, which Begin showed the audience.

"That was one of the best memories I have with Johnny," he says. "(But) we didn't see any footage for a long time, probably two months."

The next speaker was Ace Mackay-Smith, who talked about her days in early adventure ski films.

She took one memorable trip to a remote Siberian mountain range and stayed with two entrepreneurs who wanted to open a heliskiing company. There were three avalanches in three days, with ancient military helicopters taking them up top despite being too heavy to land. It was too dangerous so they decided to leave. Their sad hosts threw them a party.

"The music was beautiful, and we just danced and enjoyed each other's company. Guitars, vodka, food, that's what it was all about," Mackay-Smith said.

Pique reviewer Feet Banks of Heavy Hitting Films and Parental Advisory talked about the influence of the Whiskey snowboard film series on the genre, which were as much about the hardcore lifestyle of snowboarders as the sport itself.

Banks and friends made movies cheaply, investing their tip money from waiting tables in digital tapes, pirating music, begging for footage off other filmmakers and paying participating athletes in drinks.

It wasn't all fun and games. The community grieved deaths on the mountains and showed a scene from Parental Advisory where people memorialized the death of skier Brett Carlson, who was killed in 2000.

"We lost a friend making this film and we drowned the sorrow. We didn't know what else to do, we were young kids in our early 20s," he said.

-With files by Cathryn Atkinson