"Filming— You can either do it or you can't." - Brandon Kelly Squamish-based cinematographer Brandon Kelly is one of those guys who excells at making films.
Aug 19, 2015 6:00 PM By: Feet Banks 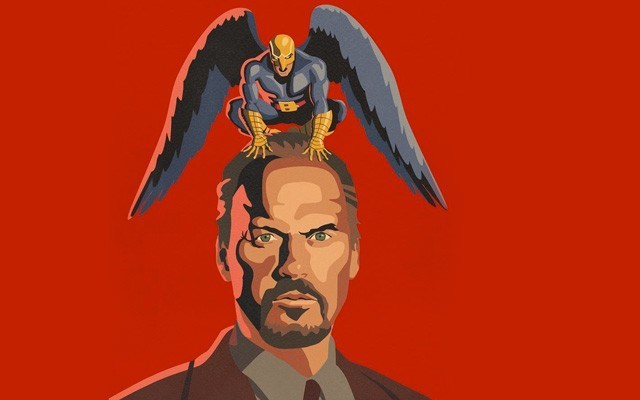 "Filming— You can either do it or you can't."

Squamish-based cinematographer Brandon Kelly is one of those guys who excells at making films. Born in Kamloops, he is best known locally as the cinematographer/DOP for the Superproof ski film The Recruitment and his work on 2014 Heavy Hitting Horrorfest "Rookie of the Year" winner Paint the Forest Red.

Brandon is also 30 years old and never quite made it to film school. Instead, he's taught himself the craft by closely watching movies and always paying attention, with a little extra research on the Internet. Mostly, Brandon learned how to shoot films by doing it, and doing it well.

Which makes him an ideal person to kick off this new feature: here are "Five Flicks" that stand out to Brandon or have inspired him along the way.

"I watched it four or five times and the first couple I wasn't so much paying attention to the story, as I was in awe of the cinematography, sitting there pretending I am Emmanuel Lubezski trying to figure out how he got all those shots.

"Later, I enjoyed the story but as a filmer this is a favourite: everything is moving and one long shot immerses you in the movie, makes it seem more real. Lubezski is the best right now. He did Tree of Life, Gravity, To The Wonder — those movies are all about the cinematography and lighting for me."

Place Beyond the Pines

"Another artsy film that really inspires me as a cinematographer. The main things I really like about this movie are the simplicity of the colours and lighting, and the simplicity of the shots. The colours in this one are not super contrast-y, they have a certain creaminess to them and he adds punch with selective saturation to bring it alive. I love the story as well; Ryan Gosling's a stuntman-motorcycle type who robs a bank and ends up getting shot by a cop.

"Then the whole thing switches to the future and Gosling's son is best friends with the cop's son but he finds out what happened and goes out for revenge. It goes to show you never know — if you do something bad....

"A lot of movies, if it's a look I like I'll go on shotonwhat.com and see what lenses and cameras they are using. It's getting to where I can often tell what they're shooting on, or what filtration they are using, and I'm trying to recreate these looks in our films. I use a lot of vintage lenses with my RED cam to aim for stuff with a bit of character to add emotion and feeling to a film."

Only God Forgives and Drive

"More Ryan Gosling. These have very different filming and lighting than Pines and Birdman though. Lots of gels perfectly framed in single-point perspective shots with dramatic lighting and amazing set design. Leigh Powis and I used a lot of red gels on [upcoming Superproof flick] The Masquerade going after this sort of look.

"I am a big fan of all three of these Gosling movies. As an actor he can create emotion without having to say much. Like a long slow dolly shot down a big hallway, and it's a simple move but with a really dramatic element as Gosling is dragging a guy along by his mouth. That stuff inspires me."

"This is a little different style, a bit flatter looking colours shot on the Alexa film camera but I do think this looks really good. This is a crime movie with Brad Pitt and I really like their selective use of a Phantom camera to get super slow-mo stuff of gunshots in the pouring rain.

"It's a lot like Snatch, another Brad Pitt movie, both are unique and focus on character building with more subtle humour throughout the movie. These don't influence me as much but it's a good movie for sure. And the opening shot of the movie is always something that sticks in my mind as an inspiration."

"This was my favourite movie growing up. I don't know how much of an influence it played but it always made me feel good because it was about making the best with what you have.

"It's just two guys who are never getting out of prison but they still support each other and make the best. Even though they didn't have it very good they are still happy."

The new trailer for Superproof's latest, The Masquerade, dropped last Tuesday, Aug. 18. Brandon also just put his demo reel up at brandonkellycinema.com and he and co-conspirator Leigh Powis are soon launching a company called Redpine Films, watch for it.