With a fresh blanket of snow in the valley to wash away our sins (or a least bury them for winter), it's the most exciting time of the year for Whistler.
Nov 23, 2016 5:00 PM By: Feet Banks 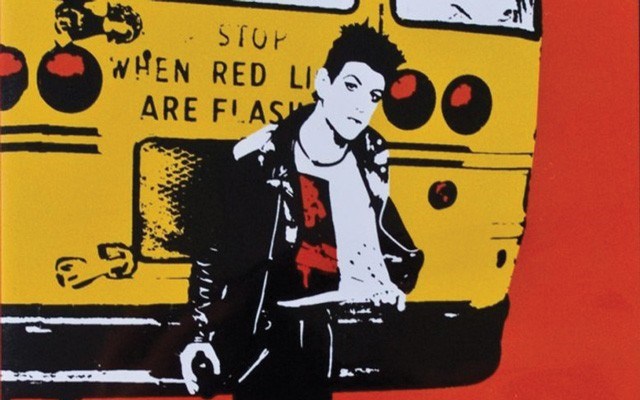 Doc of the Week Another State of Mind Follow the band Social Distortion. Photo submitted

With a fresh blanket of snow in the valley to wash away our sins (or a least bury them for winter), it's the most exciting time of the year for Whistler. First off, the ski hills are finally open and for at least a few hours a day we can put our troubles — housing, politics, whatever — on the back burner, let gravity take over and just be alive and in the snow. This is what most of us are here for and the relief is much needed these days.

Secondly, the Whistler Film Festival (WFF) is just around the corner which means there's no better week on the calendar to stay inside and escape into cinema.

Boasting a lineup of 86 films this year, WFF continues to push the envelope with over 65 per cent of its flicks made by Canadians, 15 of 48 features directed by women, 13 features by first-time filmmakers and a solid local representation in the shorts and mountain culture categories. And La La Land kicks it all off with two showings on Wednesday, Nov. 30.

Starring Emma Stone (Superbad, The Help) and Ryan Gosling (The Nice Guys, The Notebook) as young lovers/dreamers living in a golden-lit, nostalgic Los Angeles setting, La La Land is a much-praised flick that has wooed audiences and critics alike and is already considered and early front-runner for the Best Oscar statuette (old Hollywood loves movies about itself). Be warned though, this is a Musical with a capital "M." It's a well-made, well-intentioned, superbly executed musical — but a musical nonetheless. The stars shine bright in La La Land, but they also sing and dance... a lot.

On the other end of the spectrum, more my end, Free Fire stars Brie Larson (Room, Scott Pilgrim vs. the World) as the middle woman in an arms deal that goes really, really sour. Set in a warehouse full of guns, ammo, and stuff to hide behind, this almost seems like writer/director Ben Wheatley, (High-Rise) watched the final Mexican-standoff scene of Reservoir Dogs and decided to amp up that vibe into a full-length feature. With solid talent like Sharto Copley (District 9, A-Team), Armie Hammer (The Social Network) and Martin Scorsese billed as the executive producer, Free Fire looks like perfect pandemonium to me. Free Fire plays Thursday, Dec. 1 and Friday Dec. 2 at the Rainbow Theatre — so go see for yourself.

More on the WFF next week, but movie fans looking for new flicks right now will have to settle for Brad Pitt and Marion Collitard in Allied, a bullet-ridden, love story, espionage thriller set during the Second World War that opens this week at the Village 8. Besides the fact that it looks like someone tossed the script to Mr. and Mrs. Smith in a time machine, Allied has enough mud-rucking explosions and perfectly polished sets to instill a sense of nostalgic escape, but the characters and chemistry don't quite click enough to get us back unscathed from behind enemy lines unscathed. Certainly not terrible, Allied may suffer from the audience's inability to separate its theme from the real-world life of its star (indeed, love is a battlefield) but Pitt doesn't make truly shitty movies and this one is no exception.