No one has asked what I think of Les Miserables yet and that's good because, having given up on musicals not written and directed by the guys that made South Park and Team America , I wouldn't know what to say.
Jan 9, 2013 8:00 PM By: Feet Banks 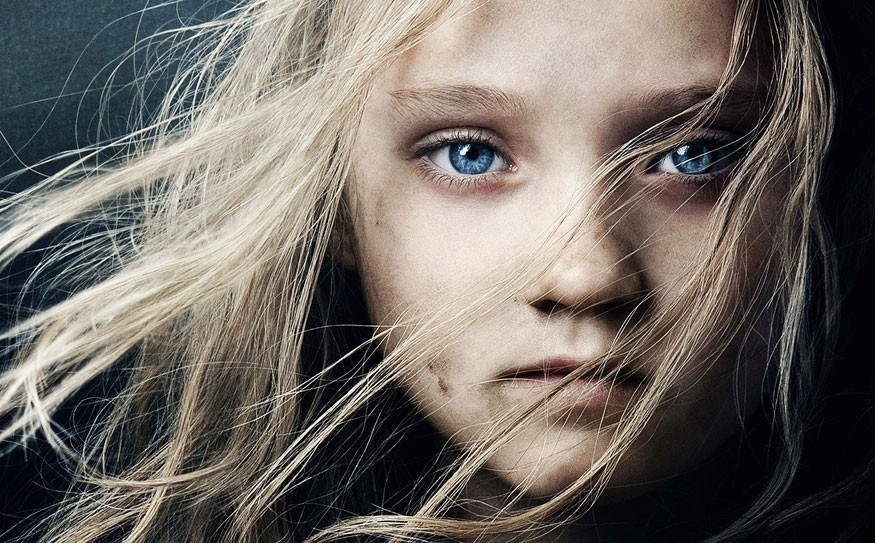 No one has asked what I think of Les Miserables yet and that's good because, having given up on musicals not written and directed by the guys that made South Park and Team America, I wouldn't know what to say. I do know Anne Hathaway is in Les Mis and I heard there is a lot of Titanic-style cleavage in it too. It's a trick though, because musicals blow.

Music and singing is huge with the kids these days and apparently being theatrical is the new cool. Struck by Lightning stars one of the singing kids from hit TV show Glee as an unlucky teen who gets hit by lightning in his school parking lot and uses his initial moments in the afterlife as an excuse to become a total sad sack and recall how rough he had it when he was alive — except he didn't even have it that bad.

It seems like the younger generation is a lot smarter and more in touch with their feelings than the pre-Internet kids, but a lot of them also seem like real pussies to me. Go chop some wood.

That Lightning movie probably won't even play up here but at the other end of the spectrum, the badass end, Gangster Squad opens Friday with an all-star cast and more than a few plot elements lifted from The Untouchables.

Sean Penn stars as Mickey Cohen, the soon-to-be crime kingpin of post-WWII Los Angeles. Josh Brolin tags in as Sgt. O'Mara, the soldier-turned-cop tasked with removing him. It gets messy. Along for the ride are Nick Nolte, Ryan Gosling, Robert Patrick, Bryan Cranston, Giovanni Ribisi, Anthony Mackie and my girl Emma Stone, who steals all her scenes.

"LA Noir" is its own subgenre of gangster film, with classics like Chinatown, The Big Sleep, LA Confidential and even Brick testifying to the strength of Tinseltown as a setting for dark, surly thrillers. With shots so stylized you can't be blamed for thinking you slipped into a new Sin City movie, director Reuben (ZombieLand, 30 Minutes or Less) Fleischer doesn't deliver a classic but Gangster Squad is a pulpy B-movie with a super-sized cup of ultraviolence, and that's usually good enough for me.

Who cares if the team of guerrilla cops are a bit one-dimensional? There are several serious beat-downs, exit wounds and explosions!

What does it matter if we've seen the "flick-a-lighter" close-up shot a zillion times? This has Emma Stone in perfect wardrobe and shot like she's Veronica Lake in The Blue Dahlia!

Fleischer skips on the heavy thinking and goes for entertainment value. Basically this is the next generation's Mobsters, that 1991 movie starring Christian Slater that basically got made just to cash in on every teenage boy's infatuation with A&E's American Justice show. Christian Slater was the king of cool in those days (he still is actually) so Gleaming the Cube, Heathers and The Legend of Billie Jean are the downloads of the week.

I keep hearing people on the Internet complaining about the torture scenes but, if you can stomach it, this one is gonna be good. Bigelow punches waaaaay above her weight class and she can hip-shoot the head off a match from across the room.

And if any of these singing, dancing Glee kids could do that once in a while I'd feel better about the future of entertainment.