Give a little bit

The old saying is, "you get out of life what you put into it; minus taxes." And while life here in the snow globe is generally pretty peachy all around (especially when it snows) there is one easy way to make it better: volunteer.
Nov 28, 2019 7:30 AM By: Feet Banks 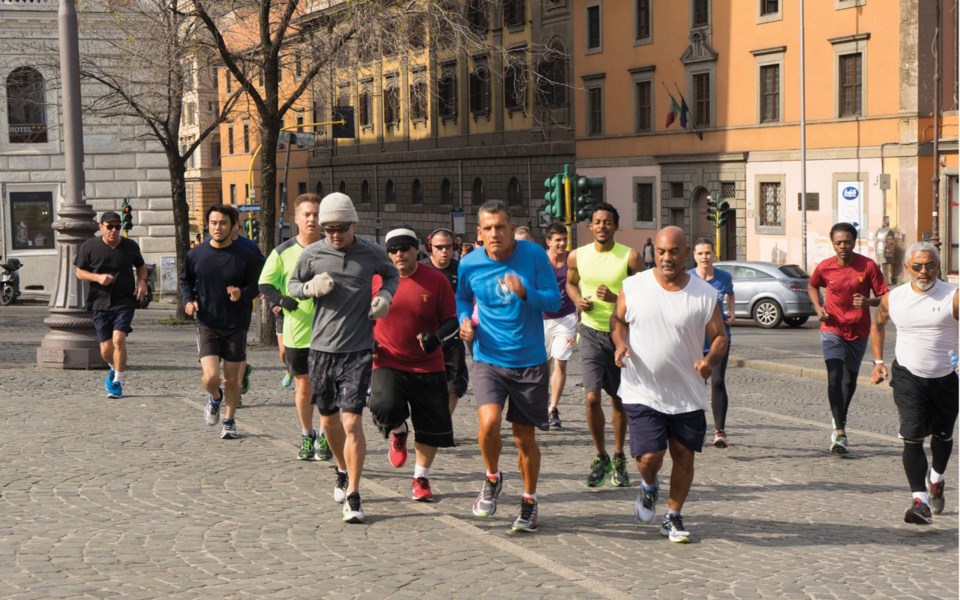 The old saying is, "you get out of life what you put into it; minus taxes."

And while life here in the snow globe is generally pretty peachy all around (especially when it snows) there is one easy way to make it better: volunteer.

Studies out of Harvard University find that those who commit to helping others feel more "time affluent and less time constrained" than those who don't. Volunteering is also linked to lower depression rates, lower mortality rates, even lower risk of heart disease.

So with the Whistler Film Festival on the horizon and a less-than-desirable snowpack in the hills, maybe this is the year for some local film lovers to step into the arena and spend a little time volunteering (it's also a great way to watch flicks if you are short on cash).

The impetus for this (preachy) aside is Skid Row Marathon, a documentary about Craig Mitchell, a Los Angeles judge who started a running club at the Midnight Mission homeless shelter to help homeless people find a healthier addiction and a sense of community/belonging through running/jogging.

Although he admits the endeavour may be his way of offsetting the fact that his day job is to routinely sentence people to life in prison, Mitchell's dedication to the group is unquestionable. Leading runs on the regular, he also fundraises tirelessly to bring his skid row runners to international marathons in far-off locales like Ghana, Rome and Jerusalem.

Writer/director Mark Hayes wisely balances the film by focusing primarily on the runners, whose life stories, trials and successes make for inspiring fare (they are also some of the only marathoners who light up smokes post-race). Skid Row Marathon is an uplifting flick showcasing the power of one person to make a difference. You can find it on iTunes.

On the big screen, Knives Out opens at the Whistler Village 8 this week, with Daniel Craig (Skyfall) leading a stacked cast in an Agatha Christie-style murder mystery from ace director Rian Johnson (Looper, Brick, Star Wars: The Last Jedi).

Part perfect parody of the who-dun-it genre (think Clue), Knives Out pokes around with ideas of class, wealth and isolation while ripping through a whip-smart plot based on the apparent suicide of a wealthy old man (Christopher Plummer) and the subsequent antics of his entitled immediate family faced with the idea of having to earn their keep for the first time ever.

Craig stars as the detective with Michael Shannon and Jamie Lee Curtis as the spoiled children and Spanish smokeshow Ana de Armas filling out the heart of the picture as the old man's nurse. Toni Collette absolutely steals the show as his widow.

Johnson crafts masterfully detailed films but he also knows how to twist the blade and subvert expectations so Knives Out is among the most fun flicks of the year. A rare adult comedy that doesn't rely on dick-and-fart jokes, this one feels smart, fresh, dark, and really fun.

Also hitting screens at the Village 8, 21 Bridges is a gritty New York cop thriller starring the always-capable Chadwick Boseman (Black Panther) in a flick that's reminiscent of the kind of solid B-movie genre fun we don't get in theatres much anymore. This is a good night out.

Also playing, Edward Norton steps into the director's chair for Motherless Brooklyn, another mystery—set in the 1950s—about a private dick with Tourette Syndrome trying to solve a murder with secrets that will affect the fate of the whole city.

This one has that sweet hard-boiled feel at times but it also slogs along at 144 minutes so that classic film noir unease and tension is often amiss.

Other than that, Whistler Film Fest is looking utterly kick ass this year so we'll dig into that next week.

For now I'll leave you with these words on volunteering from boxer/poet/philosopher Muhammad Ali: "Service to others is the rent you pay for your room here on earth."